Who Filipino Americans will vote for 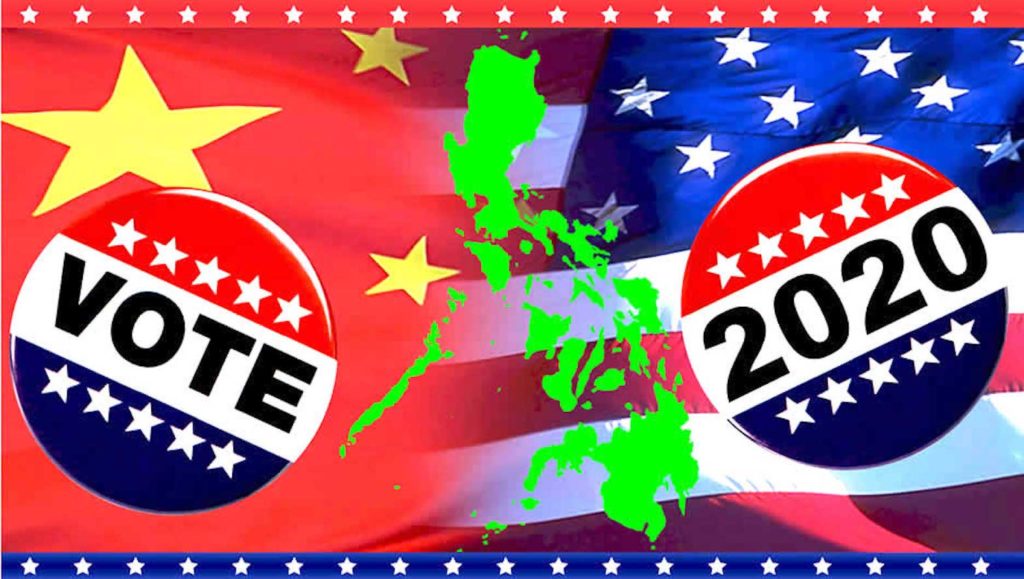 The U.S. election campaign would have been in full swing by now, had there been no coronavirus pandemic. This virus-generated slowdown gave everyone the chance to reflect on issues that could significantly impact their lives in the future. And for many Filipino Americans, their primary concern is the increasing assertiveness of the People’s Republic of China. It is now clear that it is a tyrannical regime that threatens not just its South China Sea neighbors, like the Philippines, but every other country, including the United States.

So for Filipino American voters, the candidate who will more forcefully stand up to China will win their vote. As a former U.S. colony, the Philippines has been on the receiving end of Chinese aggression in the South China Sea. In the infamous 2012 Scarborough Shoal incident, China forcibly occupied the shoal Filipinos know as Panatag. Sadly, then U.S. President Barack Obama hardly lifted a finger to help the Philippines (despite a 60-year-old Mutual Defense Agreement between the two countries).

Neither did The Obama administration do anything to stop China from destroying numerous reefs and shoals in the South China Sea and turn them into artificial islands, for their military, complete with runways, radar installations, and missile silos. Obama’s inaction has now come back to haunt the U.S. military by severely hampering its ability to operate freely in the Western Pacific, as it once had.

Just last month, the U.S. Air Force had to re-deploy its B52 bombers away from their bases in Guam. Military experts believe the planes were sent back to the U.S. mainland because Guam is now within striking distance of China’s new DF-26 missile also known as the “Guam Express” or “Guam Killer.” It is now clear that the Obama administration’s appeasement towards China only made matters worse for the current U.S. administration.

Shortly after the U.N. Arbitral Tribunal in the Hague handed down, its unanimous ruling that threw out China’s nine-dash line claim to most of the South China Sea, Obama’s National Security Adviser Susan Rice flew to Beijing. An article in RealClear Defense, noted that “Rice is the highest-level White House official to visit China since the July 12 ruling by an international tribunal delivered a victory to the Philippines, a U.S. ally, in its dispute with China.”

In what would become a template for Chinese heavy-handedness, Beijing insisted that no mention of the tribunal’s ruling be made during the meeting with Rice. The Chinese Communist Party (CCP), testing what it might get away with, felt confident that the Obama administration would accede to their condition. And sure enough, it did. So, although Rice was in Beijing to assuage CCP concerns about the ruling, the Voice of America reported that “the tribunal’s July 12 ruling, which angered China, was not raised” in public.

The fact that the U.S. China’s most potent adversary allowed itself to be cowered into silence meant that China could now demand the same from everyone else. This led to a very awkward situation when even Philippine President Rodrigo Duterte was not allowed to mention anything about the landmark ruling when he met President Xi Jinping.

So what does all this have to do with the upcoming U.S. presidential election? For Filipino Americans, it is clear that if Obama had stood his ground and faced down the CCP, the way President Donald Trump is doing, America would still have the upper hand today. And Scarborough Shoal would likely still be in Philippine hands. And B52 bombers would still be operating out of Guam.

At this point, Trump is standing up to the CCP. So if Democratic presidential candidate Joe Biden hopes to capture the Filipino-American vote, he must prove he is as tough or even tougher on China than Trump is. Lest anyone forget, China, despite all its protestations to the contrary, is a ruthless totalitarian hegemon, hell-bent on crushing America and reshaping the world in its image.

History has not looked kindly on British Prime Minister Neville Chamberlain and his policy of “appeasement” toward Nazi Germany. In 1938, he ceded Czechoslovakia to Adolph Hitler in exchange for a lasting peace that never happened. Likewise, there will never be a place of honor for an American leader who appeases the CCP or cedes parts of the South China Sea to it.