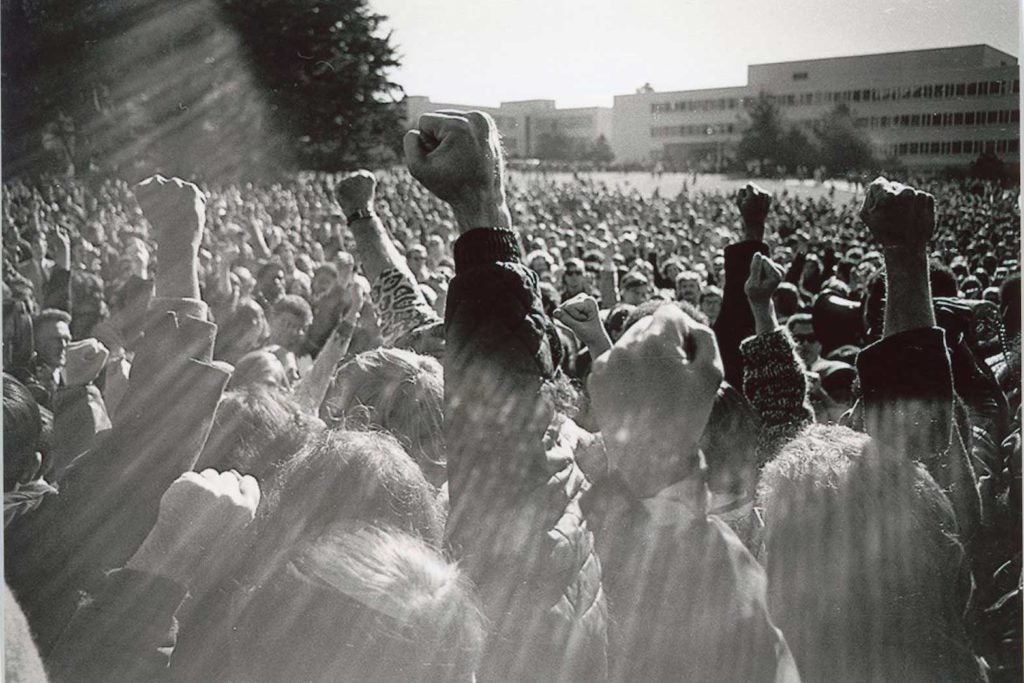 If you saw the PBS documentary, “Asian Americans,” then you got a big gulp of history over two days. And there was even Filipino parts, with my radar going off from the beginning.

The whole shebang kicks off with a personal story of an ancestor of one of the Igorots brought to the U.S. to be part of the exhibition at the 1904 World’s Fair—a shameful human zoo.

It is as terrible and immoral an origin story as it gets for Asian Americans. That’s the Filipino contribution. We were colonized, then brought over as entertainment to sell American imperialism.

Funny how you don’t see it much taught in history classes in America. When I was at Harvard, there were no published books at stores. I had to go deep into the stacks to find unpublished theses written by visiting Filipino scholars; that’s how disinterested America is in its moral screwups.

So it was nice to see the PBS treatment of Asian Americans start with the indignity of the World’s Fair. And then see other Filipinos included like Professors Daniel Phil Gonzales and Alex Fabros, of San Francisco State’s College of Ethnic studies.

But the producers chose Larry Itliong, the late labor leader, to be the Filipino poster boy for the documentary’s PR materials. It’s about time that Itliong, the man who actually started the Delano Grape strike of 1965,  got out from under the shadow of Cesar Chavez.

I’ve written about Itliong in columns previously, but it remained the dirty little secret of one of the key events in labor and civil rights history.

Itliong was a heck of a leader and a speaker. In fact, it’s  too bad he’s not around to do a few commencement speeches. He died of Lou Gehrig’s disease in 1977.

A few years ago, a tape surfaced of a talk Itliong gave to students at UC Santa Cruz in 1976. If Chavez was “Si se puede,” (“Yes we can.”), then Itliong can be remembered as the man who was fearless for saying “No.”

On the tape, he talked about being offered money to do things for the powerful in American society. Big Labor. Big politicians.

“A lot want to buy me off,” Itliong said to the students. “One of the biggest organizations that I grew up with in this country offered me $200,000.”

Itliong described a deal with conditions that including helping Cesar Chavez run the service center in the fields. But it was after Itliong decided to leave the United Farm Workers as a VP to Chavez. Big Labor wanted him to stay.

The students were amazed by his refusal.

So Itliong did name his price, but as he told the story, he laughed with the students in the seminar. “Do you want to buy my countrymen, give me $50 million?”

Itliong said it wasn’t an isolated instance either. “They tried to buy me many times,” Itliong said on the tape.

We could use a leader like that today. Filipino or not. At the very least, he’d be a great commencement speaker.

Five years ago I went back to visit Harvard, my alma mater, when Harvard coincidentally admitted more Asian and Asian Americans than ever—about 22.1 percent of the freshman admits, a record for the entire school at the time.

Little did we know they would be in a special historical class that was forced to endure the perils of Covid-19.

The Class of 2020 was kicked out of the dorms mid-semester and made to social distance from their tony liberal arts education. For the last two months, it’s been the University of Phoenix version of the Ivy League–all of it culminating May 28–in a virtual graduation that feels a little like reaching a new level in Super Mario.

But the class has been given the Covid experience, which should be viewed as the ultimate enhancer when your moniker includes 2020.

After what these students have been through, they will need to be the class of perfect vision—that is, if we as a society have anything good to look forward to. It’s always been the cliché to hail new grads by saying, “You are future”! But this time we really mean it.

What’s the future? What do you see? Anything clearly? It will be up to you. And this goes for all the graduates of 2020, not just Harvard. Everywhere.

Things are happening in this country that haven’t quite happened this way before. The devaluing of truth has never occurred like it has these last four years, let alone eight weeks.

Our leaders have taken us down the path where all our democratic institutions are endangered from the top down. Will there even be voting in November? One hopes, though there are fears of a slowdown to save our democracy, or just the presidency?

It’s the reverse of the current rush by the government to meet the invisible virus head on without knowing the full risk.

By opening too soon, will we have a new Covid surge, coincidentally in November? Will there be enough tests? Or just a never-ending string of deaths? (That is, if we’re still counting deaths in a way that exposes the administration’s failure.)

I am not one to bow down blindly to science. There’s plenty of bad science to go around. But there seems to be a willingness to disregard the honest search for the truth when it’s needed most. Like right now.

We are also reaching an anti-intellectual level in this country that could make your last four years in college seem passe in the next ten years.

It all changed in March and Covid is the demarcation line. Get nostalgic about the years B.C.–Before Covid. And get ready to imagine and define the years A.C.–After Covid.

In that sense, you, Class of 2020, are more important than ever. Those of us who are older must now rely on your idealism–your spirited, undaunted, boundless idealism–to get us through. You still have that, right? It’s the mark of youth.

Those of us who are Boomers of various levels of boominess have life experience and maybe a little wisdom to offer. That’s all we have. We are still relying on your idealistic fizz.

I hope you never have to say the line, “If only I knew then what I know now.” For starters, you may not have 40 years to get to that saying.

So I’d like to give you a few things now so you don’t have to wait. Class of 2020, your gift of a Covid education has been the lesson of universal adversity.

But you have also seen how the virus is not the great equalizer.

Some groups have been hurt more than others. People of color. Asian Americans. Blacks. Latinos. It’s more than race; it’s class too. Where are their jobs? Many Asian Americans are on the front lines as nurses and doctors in health care. Or they’re in the service trades.

To be essential is to be essentially sacrificed. You, Class of 2020, have felt the woes too. You missed your cap and gown ceremony.

Think about the folks who are missing PPE. And how they’re endangering their families when they come home from work.

Stand back and see how this period has accentuated all the divisions in our society. Counter that by developing an even deeper sense of empathy and a willingness to erase those lines that divide us.

Let that be the guide to where to apply your ameliorating vision. Act outward toward others, not yourself. The enduring lesson from these trying times may be to look for and be guided by the greatest need.

One last piece of advice. I’ve always found the old saying, “Keep your friends close and your enemies closer,” to be more effective than not. It’s not easy to follow but if you do, you’ll get to know your enemies and maybe they’ll become friends instead. And then you can work together and get beyond the dishonest gridlocked politics that always seem to get in the way of real cooperation.

That’s where we need your idealism most in the A.C. period.

So mask up Class of 2020, watch out for saliva-bearing plosives. Life is not your spittoon. Just keep your distance from stupid, selfish politics that divides us.

And don’t wait for perfection before acting. Perfect the imperfect as you go. It will keep you active and moving forward. Good luck. We’re counting on you like never before. For your hope and your idealism, keep your price tag high.

Emil Guillermo is a journalist, commentator who writes a column for the Inquirer.net’s North American Bureau. Twitter @emilamok; Listen to Emil Amok’s Takeout on Apple Podcasts.