For this nurse, quitting after repeated failures, was never an option

For this nurse, quitting after repeated failures, was never an option She recalls trying to stifle her emotion, but the tears just flowed. For the past six years, she had been bypassed in promotion. While her friends and colleagues rejoiced, she quietly left the room. She walked the long corridors, not seeing the staff and colleagues trying to greet her. At the nurse’s station she picked up her things. Her duty was over. She would go home, cry some more and face another day. She was an assistant nurse to the neurosurgery unit in one of the largest hospitals in Singapore, and was bypassed again.

But Myleen Bugaoan, now a psychiatric nurse and a supervisor in a long-term care facility in Atlanta, Georgia, proves that beating the odds meant taking the English Proficiency test five times, twice for CGFNS (Commission on Graduates of Foreign Nursing Schools) and thrice for NCLEX (National Council Licensure Examination).

Myleen admits that she never dreamed of becoming a nurse. But later on as her life unfolded, she realized that mothers really knew best. Her two elder sisters are both in the medical profession – Maria Adelina is a pediatrician at Paranaque Doctors and Unihealth Paranaque, while Bernadette is a physical therapist in the US.

“I wanted to be a marine biologist because I love the water. But I did not pass the UPCAT. I really didn’t like nursing, so I took a physical therapy course, but in my third year, I was not happy,” Myleen recalls.

While in college, Myleen’s father had a stroke. Thus, she resolved to continue nursing.

To the joy of her mother, Myleen enrolled in nursing course and eventually passed the board exams. She worked at the Asian Hospital at the oncology department. While there, she took the NCLEX in the hope of working either in Canada or the US. All her colleagues who took the same exam passed except her.

“I thought, maybe it just was not my time. We all have dreams to fulfill. I thought Singapore would realize these,” Myleen says.

In Singapore, Myleen’s supervisors were doubtful of her capabilities to perform duties although she previously worked in one of the Philippine’s biggest hospitals. Myleen’s self-esteem eroded as she saw her colleagues get promoted every year. 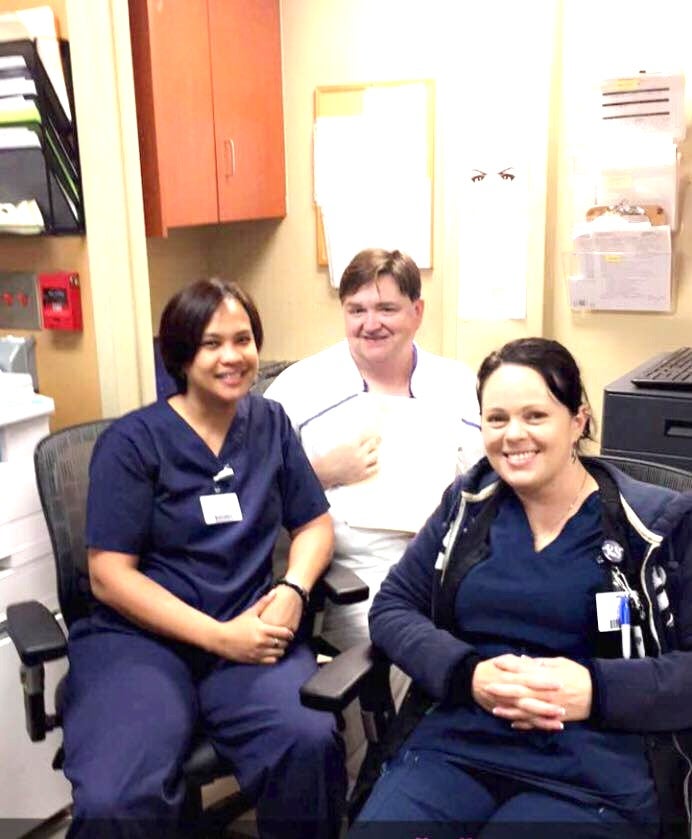 Myleen (left) and her colleagues at work in Atlanta. CONTRIBUTED

Deep inside, she thought that it was discrimination.

“I am openly gay. I am in a same-sex relationship. But I don’t want to think that it was discrimination then,” Myleen says.

Myleen says people generally do not accept homosexuality. Despite the trials and struggles, her partner, Maria Frances Flores, also a nurse, never left her side.

To improve herself, she took an English proficiency test, and failed miserably.

Giving up was not in her vocabulary. Instead of pining for promotion, Myleen studied for NCLEX for the third time. She went back to the Philippines to take the examination. She finally passed it. However, she was affected by the economic recession in 2007. All applications for nursing jobs in the US were put on hold.

But it was a blessing in disguise. Myleen’s father had an aneurysm in 2007. “I was able to use all my knowledge in nursing for my father. I realized I have a healing hands,” Myleen says.

With the bills piling up, the family only clung to each other. Myleen cried to sleep at night but never lost hope.

Meanwhile, Art Cantos the director of CSS-Integra in the Philippines, facilitated Myleen’s employment in the US. Her bosses, Vicki Hoffman and Maria Taylor, petitioned and sponsored her green card status.

Finally, in 2014, Myleen flew to the United States.

“America does not discriminate against me for my sexual orientation. My bosses, Vicki and Maria, are very supportive of me. They could not believe my struggles just to get here,” Myleen says. 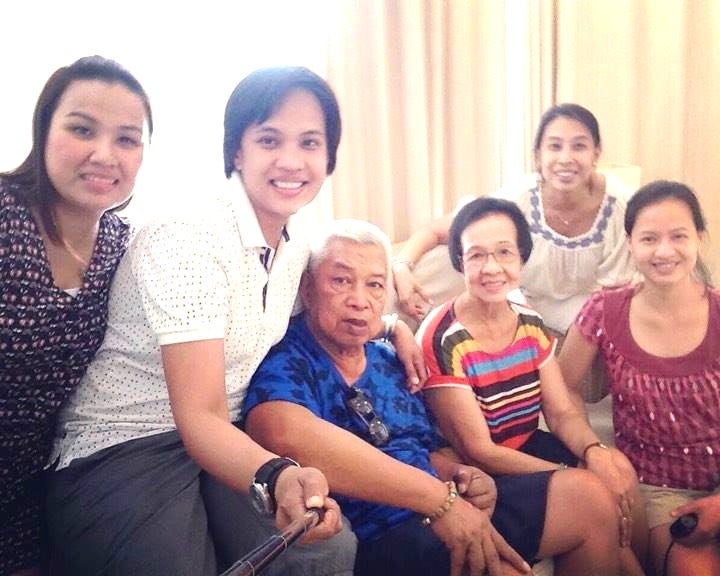 Presently, Myleen’s employers are planning to enroll her in the university to pursue higher studies. She is also waiting for her US citizenship to petition for her partner, Maria Frances.

Besides being in the healthcare industry, Myleen is also an entrepreneur. She is a member of Premier Financial Alliance, offering life insurance.

Myleen passed the licensure examination, got a license and was trained by the company.

“I also took the exam thrice before I finally passed,” Myleen laughs.

As her dreams are now fulfilled, Myleen’s only regret is her father’s inability to travel to the US to see her enjoying the fruits of her hard work. Her mother has been vacationing in the US.

“Whenever, we go home, my sisters and I take our dad to any place he wants,” Myleen says.

Looking back at her life, Myleen believes that “we meet challenging people because God wants us to discover our own potentials and be better with what they think.”

“There is no reason to quit. God listens to the sincerest prayers. We maybe in a rough road today, but in the end you will be thankful for that path because you have grown. Challenge yourself and become better. Just be patient,” Myleen concludes.