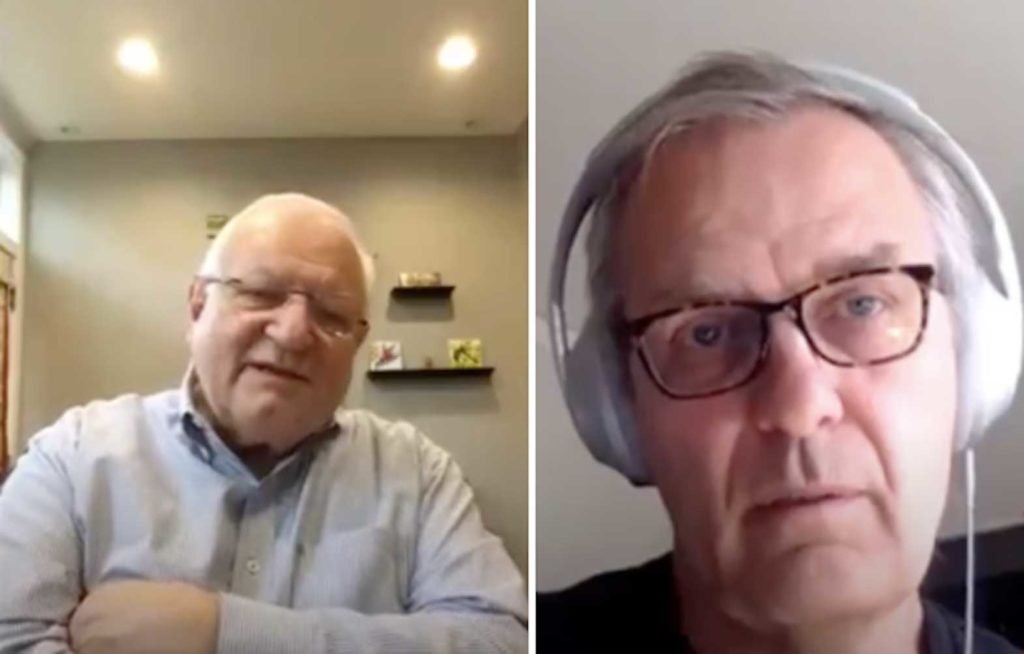 SAN FRANCISCO — More than 265 million around the world currently face food insecurity in the wake of the global Covid-19 pandemic, and several million have lost their life-line of remittances, according to experts speaking at an ethnic media conference May 8 on the pandemic’s impact on the developing world.

“Covid -19 is expected to double the number of people facing food insecurity. The world has never seen a pandemic like this,” said Dulce Gamboa, associate for Latino relations at Bread for the World.

Remittances — money sent from people working abroad to their families back home — have taken a huge hit, said Demetrios Papademetriou, who co-founded the Migration Policy Institute and is currently a Distinguished Transatlantic Fellow at the Washington DC-based think tank. The World Bank has estimated that $142 billion has been lost in remittances, as foreign workers lose their jobs to the coronavirus crisis.

“Remittances are an essential lifeline for people who receive that money. They will be thinner and more precarious,” said Papademetriou.

He equated the Covid -19 crisis to the decade-long Great Depression in the U.S. in the 1930s, and characterized it as an “economic abyss.”

Daniel Nepstad, President and Founder of Earth Innovation Institute, discussed the impact of the pandemic on the Amazon rainforest, the largest tropical rainforest in the world. The summer months are typically burning season in the forest, as villagers burn patches to use for agricultural purposes.

In a normal year, thousands of people would get respiratory illnesses as forests burn. This year, however, Nepstad predicted an increased number of deaths as the Covid -19 virus attacks people whose immune systems are already compromised.

In Manaus, Brazil, deep in the Amazon rainforest, Nepstad reported that mass graves have been erected for those succumbing to the virus. In Loreto, Peru, a lack of oxygen bottles has contributed to a high mortality rate from Covid.

The biggest threat to the rain forest comes from people fleeing there as a last resort, Nepstad said. Farmers can no longer bring their products to markets, which have shuttered in the wake of the pandemic.

More than 200,000 migrants have left Lima, Peru by foot, walking through deserts and up into the highlands and from there to the rainforest for some measure of food security.

Nepstad urged the global community to support farmers in the Amazon — providing them with seed capital to grow tree crops which have a longer life-span — and also advocated for the formalizing of supply chains and for fair price support.

“Now is the time for solidarity, listening to local leaders and understanding what they need,” said Nepstad. “We tend to demonize the people that are clearing forests, but I think it’s important to have more nuance there.”

“Lots of people are extracting food by clearing the rain forests. We eat that food around the world.”

Even if there is no surge in food prices, the global hunger pandemic will continue, said Gamboa, noting that the situation will deteriorate most rapidly in countries where a large percentage of the labor force works in the informal economy.

Sudan and Nigeria are likely to be hit by famines, she said. Zimbabwe, South Africa, the Congo, and the Horn of Africa are also facing massive food insecurity issues due to high inflation, poor harvests and drought.

“Malnourished people have less effective immune systems,” said Gamboa, adding that a child who is malnourished during his first 1,000 days of life will face a lifetime of stunted growth, both physically and intellectually.

“People are saying ‘we’re going to die of hunger before we die of coronavirus.’”

“The U.S. needs to have strong leadership to help millions of people around the world, including women and children,” stated Gamboa.

Global migration has ground to a halt as countries close their borders and restrict incoming travel, said Papademetriou. However, there has been a significant amount of labor migration as people in developing countries return home, he said.

“There has been an elite consensus that has allowed migration to continue to be large and to thrive because of the demography of many of the countries,” said Papademetriou.

“We will have to see if that elite consensus continues to hold as this pandemic continues,” he said, adding that countries will have to reassess afresh the number of immigrant workers they need, especially in the agricultural sector.

Papademetriou said it was too early to assess whether the U.S. would grant legal status to undocumented immigrants, many of whom are now considered essential workers.

“I have spent 14 years of attempting to come up with compromises that legislators on both sides were able to support. We have failed every single time.”

“The last time we failed big was in 2013 under President Obama. So it’s difficult for me to be optimistic,” said Papademetriou.