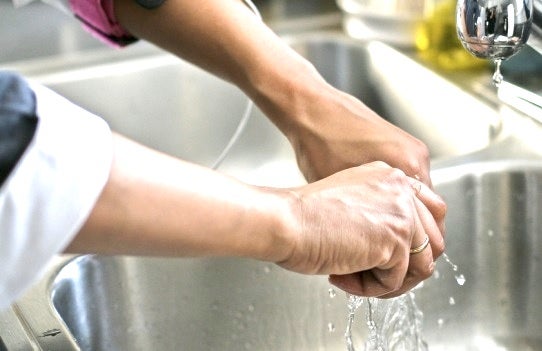 NEW YORK — Two Filipina domestic workers filed a violation of the Fair Labor Standards Act against a German diplomat and his wife.

The complaint against Pit Koehler and wife, Mareike Koehler, was filed before the U.S. District Court for the Southern District of New York on June 28, 2017 by Sherile Pahagas and Edith Mateo Mendoza.

A lawyer for the plaintiffs states the Koehlers violated the Fair Labor Standards Act (FLSA) for breach of contract, nonpayment of overtime and spread of hours compensation, as well as failure to provide a statement with every payment of wages, which is a violation of New York Labor Law (NYLL).

According to court documents, Pahagas worked for the Koehlers from November 2012 to October 2014, and Mendoza from January 2015 to June 2016. They alleged their contracts stipulated $10 per hour for between 35 to 40 hours of work per week, and that they would receive overtime pay in excess of 40 hours.

Instead, they were forced to work between approximately 90 to 100 hours per week, earning close to just $4 per hour and received no overtime compensation. At the time they were hired, Pit Koehler was working at the UN.

“The overwhelming demands of their work, which included a grueling schedule caring for four children, cooking meals, cleaning the home, and even shoveling the snow, endangered (plaintiffs’) health and well-being,” the documents state.

Pahagas was hired in 2012 through a website called greataupair.com. At the time, she was working as a domestic worker in Hong Kong. She was interviewed via video call for a domestic worker position in Westchester County, New York where the Koehlers live. The defendants offered her employment and agreed to sponsor her for a visa to enter the United States.

“Defendants did not permit Ms. Pahagas any breaks during her working hours. (Her) principal duties included: daily deep cleaning of the six-bedroom, six-bathroom house and 2-car garage; vacuuming; laundry; dusting; ironing; grocery shopping; cooking and preparing daily meals/snacks for the family as well as occasional meals for guests and visitors; chauffeuring members of the Koehler family; caring for the defendants’ children, all of whom were under 10 years of age; as well as shoveling snow and scrubbing the outdoor fence, and various other tasks defendants requested of her,” according to court papers.

She was paid around $345 per week, which the Koehlers transferred directly to her bank account.

Pahagas complained the couple was not complying with the conditions of her contract; they said they could not afford to pay her more. She spoke to defendant Mareika Koehler who “responded in anger,” states the complaint. When she got pregnant in 2014, Pahagas resigned. 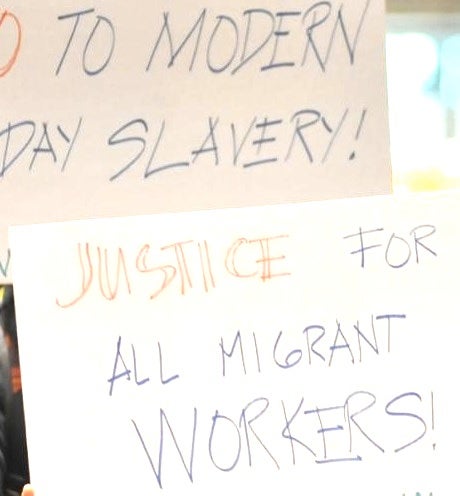 Like Pahagas, Mendoza was hired through greataupair.com. Her chores and work hours were not much different from those of Pahagas. She was paid $350.70 per week, which was transferred directly to her bank account.

In December 2015, Mendoza fell very ill. She was not allowed a day off to see a doctor. She was given a one day off from work on her birthday January 12, 2016. Mendoza’s illness continued to worsen through February, and she took six days off to see a doctor and recuperate.

“When she returned to work, defendants were very upset and told Mendoza her leave was unreasonable, according to court papers.

In June, she was fired because she missed work again on account of her recurring illness.

“What happened to Pahagas and Mendoza is not unusual,” said Martina Vandenberg who runs the Human Trafficking Pro Bono Legal Center in a statement. “The abuse of domestic workers by diplomats is widespread.”

Pahagas and Mendoza, members of the advocacy group Damayan Migrant Workers, are being represented by Reena Arora of the Urban Justice Center’s Community Development Project.

The Koehlers were given by the court up to 21 days to respond to the charges.