Nova Porquia (right) and her mother, Lolita, are calling for swift justice in the killing of Panay activist Jory Porquia. CONTRIBUTED

Halfway around the globe, Nova is grieving for her brother, whom she last saw in November last year, after 20 years of separation.

Jory Porquia, 50, who was coordinator for Bayan Muna Partylist in Iloilo, was shot nine times by unknown assailants on April 30 in his rented house in the central Philippine province, some 654 km from the Philippine capital.

The eldest sibling, Jory thought that Canada was so much kinder to their aging mother, and it would be better for her to stay with Nova rather than return to the Philippines which, according to him, was still “grappling in poverty.”

Nova feels anger and sadness over her brother’s untimely death. “Jory is a martyr for me. There was no fear when those evils ended his life. He sacrificed for the social justice of the poor,” she said.

When the siblings finally reunited in November 2019, Nova got him boots for a trip to Alberta’s Alpine capital, Banff.

Nova organized the family reunion in celebration of the Porquia matriarch’s 85th birthday in Red Deer, Alberta where Nova lives with her family. Nova moved to Canada in 2003 after working for an environmental non-government organization in Panay Island.

“I remember when they arrived here on Halloween, it was his first time in Canada. I told him to give candies to the trick or treaters.  He enjoyed giving candies and the never-ending picture taking!” she recalls. 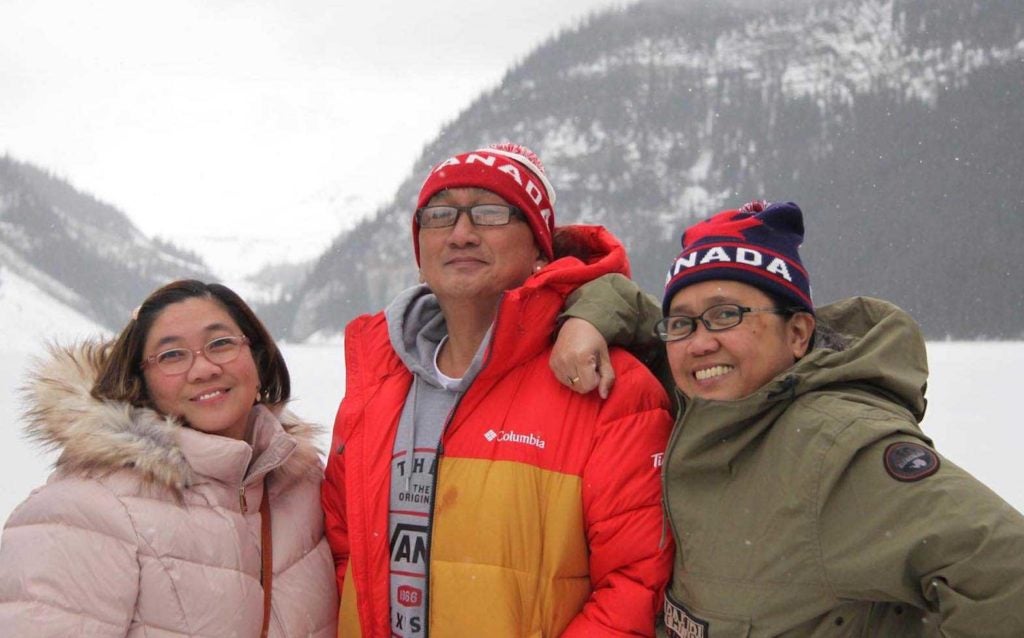 Jory Porquia traveled with his sisters in Banff, Canada in 2019. CONTRIBUTED

In Banff, where there was a heavy snowfall, Jory went along without boots or runners. “I bought him good quality boots, I teased it was my twenty-years’ worth of gift,” she said.

But it was during breakfast at her house where good talk with Jory flowed with the morning coffee.

“He told us of his plan to put up a unique coffee shop by the shore. He said he would have a place to help clean up the beach, and provide livelihood to the poor living in our community,” she said.

The family would later urge him to stay in Canada, but his activism brought him back home.

The family had been staying in touch with Jory through video group chat they aptly labeled “Team Porquia.” Nova and Jory Porquia before his departure for the Philippines after visiting family in Canada. CONTRIBUTED

On Sunday, April 26, Jory was the first to show up on the screen, showing their mother the beautiful weather, calm beach and the meal he was preparing.

That call would be their last together with Jory.

On April 30, it was the beginning of her shift for Nova, who works as a health care aide at a long-term facility, when another sister in Singapore called her to break the news.

It was during the family’s next video call on May 1 that Nova and the rest told their mother about Jory’s death. “She choked up a little bit,” she said. “Our Nanay has been hiding her emotions and [has been trying not to] cry,” she added.

It took days and a lot of consoling through family and Jory’s close friend that their mother, Lolita, finally broke her silence and said, “Tani ako na lang nauna sa iya (I wish I had been the first one to die).”

The family is at a loss how the gunmen slipped through the military checkpoints in the area where an active lockdown is being implemented to prevent the spread of Covid-19.

The Porquia family does not believe the crime was because of a personal conflict. Being classified as petty crime by the local police  “adds insult to pain” that the family is experiencing, said Nova.

Jory was active in feeding operations his partylist group was conducting before his death, where its members were subjected to harassment by the military, according to Nova. 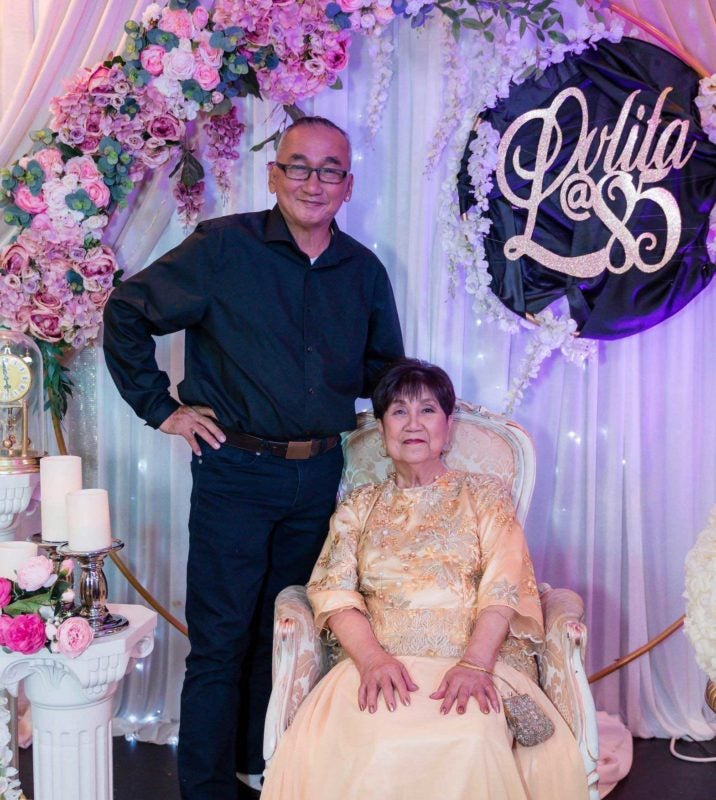 Jory and mother, Lolita, during her 85th birthday in Canada. CONTRIBUTED

“He was killed because he fought for the rights of the poor. He gave food, in a time of crisis, to those who didn’t have. He organized people to be self-reliant in a time where the government neglected the basic needs of its people,” said Nova.

“Jory was killed because he wanted meaningful changes to happen in our country, in our society. He wanted to raise the standards of welfare for the people. He wanted government officials to be accountable for their failures. But this government wanted to silence people like him.”

The family plans to celebrate Jory’s life after lockdown measures are lifted in the Philippines.

A graduate of BS Architecture from the University of San Agustin, Jory headed the National Youth Commission during the Aquino administration, after fighting alongside other activists against the Marcos dictatorship.