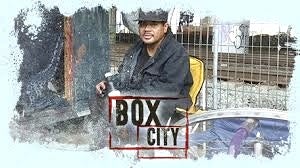 DALY CITY, California – Homelessness may not be prevalent among Filipinos, but a Filipino American television news program found a number of them dwelling in homeless encampment in San Francisco. They never thought they would be homeless in a foreign land they immigrated to for a better life.

With more information from the office of San Francisco Supervisor Jane Kim about the existence of the same group, the nightly television news program made a documentary entitled “Box City.”

Viewers at the premier of The Filipino Channel (TFC) Balitang America’s documentary Box City listen intently in the open forum on how to help Filipino street dwellers in San Francisco. INQUIRER/Jun Nucum

Executive producer Henni Espinosa said her program had covered homeless Filipinos before, “but this was the first time we learned of a group of kababayans that were once strangers but found each other while living in the streets and came together to form one community. We knew we had to tell their stories.”

Espinosa explained that the documentary is meant to raise awareness of the pressing problem of homelessness even among Filipinos, and to get the community to come together and help those in need.” 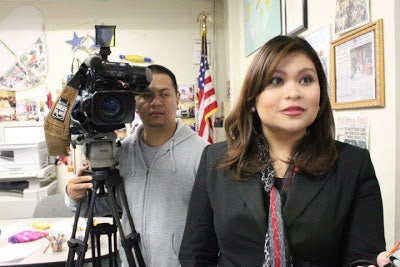 Executive producer Henni Espinosa (right) informed the audience at the premier showing of the documentary that it was the first time they learned of a group of Filipino street dwellers that lived together as a community known as Box City. BRADFORD ATKINS

San Francisco is home to some of the wealthiest people in America, but it also has attracted the homeless now numbering to about 7,500 individuals. The city is trying to cope but has only 1,200 emergency shelter beds are available for them.

A member of the Box City encampment, its cook, Yen Sunga, noted sadly in Tagalog, “We are in America. We are no longer in the Philippines. Even if you have relatives here, it does not matter anymore. For instead of helping you, some may even turn their backs on you.”

Since they could not count on even their nearest relatives for help, Filipinos who initially were strangers found themselves living together in the encampment along 7th Street near the city’s railroad tracks.

The documentary, shot between September 2016 and January 2017, also exposes the harsh reality that “the American Dream is not always within reach” even while it shows the time-tested resiliency of Filipinos in the face of adversity. Among the camp’s dwellers is Edwin Marango the “Bad Boy from Malabon,” Box City’s designated leader who convinced all Filipinos in the streets to all live in one area and the one who makes sure everyone in Box City behaves in a manner that does not scare anyone.

Another is Sunga, the cook, who did not have to leave her comfortable life in Pampanga if not for the wishes of her then-husband. She alleges that he eventually cheated on her and even beat her up, forcing her to live in the street with a baby by her new boyfriend, Ruben Calalo. The latter cannot sustain even their basic expenses with his earnings in a car dealership.

Pangasinense Marcela Flores claims she didn’t have to be homeless and separated from her five children, but she chooses to be with her homeless boyfriend.

Ronald Limjoco, from Batangas, is a self-confessed shabu (crystal methamphetamine) addict, who recently lost his job and thus became homeless. He is confident of getting another job but still would not be able to afford a place to stay– his salary would not be enough even if he stopped his shabu addiction, he says.

“Filipinos back home think that life is easy when you come to America. They don’t know that life here is very hard. You may be earning dollars, but will this be enough for your needs here?” says Limjoco in Tagalog.

Among the messages written on their doors: “In case you forgot my friend we are humans like you the only difference is we know how to love.”

Box City dwellers eventually had to dismantle their makeshift shelters. Their eviction even came after people in the neighborhood began complaining about the noise and the mess.

SOMCAN case manager Juvy Bulacan believes that what can really turn lives around is getting long-term assistance from the government. 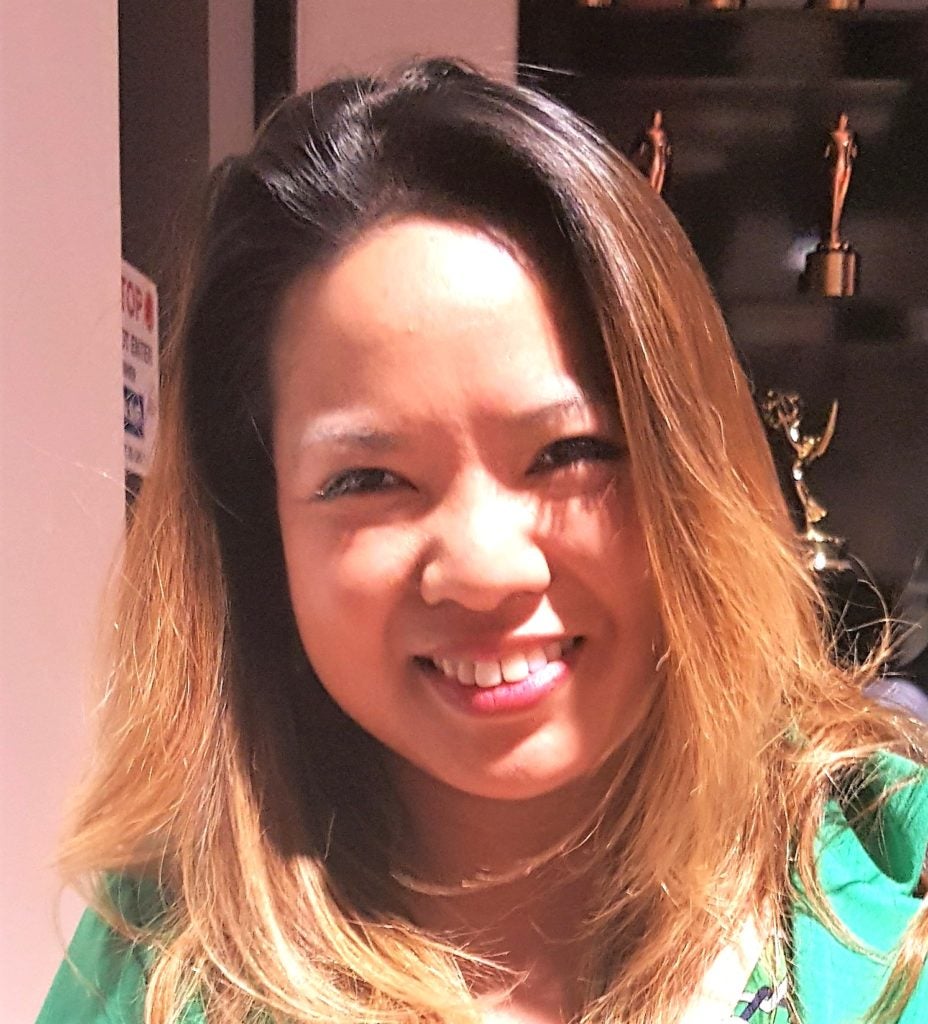 Daly City Vice Mayor Juslyn Manalo regarded the documentary as an eye-opener to the grave problem of housing facing some Filipinos in the U.S. INQUIRER/Jun Nucum

“They can avail of food stamps and cash assistance from the government, but to ask for long-term help, like affordable housing, it takes a lot of patience,” she stressed.

Supervisor Kim admits that clearly city officials have a lot of work to do and that the city is trying to purchase more properties that can be turned into affordable housing units.

After a recent viewing of Balitang America’s documentary, San Mateo County Supervisor David Canepa said, “Homelessness is a tough issue to deal with. Some people want help, some people may not, some may have mental health issues. Some may have issues with alcohol. How do we address those issues in sensitivity?”

Hydra Mendoza, adviser to San Francisco Mayor Ed Lee disclosed that they are trying a series of initiatives and different ways to solve the problem of homelessness. “We now have a hot team of counselors that go out and speak directly to the homeless and they bring them in,” Mendoza said.

Filipino Community Center director Terrence Valen observed, “Some of the images reminded me of the poor makeshift houses of informal settlers in even affluent places in Manila, Quezon City and Makati.” 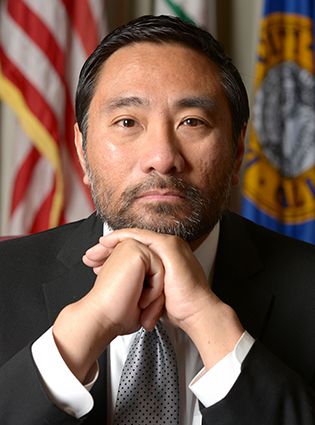 Daly City Council Member Ray Buenaventura was sad that the Filipinos who left the Philippines in search of a better life ended up being homeless. WEBSITE

For Daly City Vice Mayor Juslyn Manalo, the documentary was an eye-opener. “It definitely also showed how much work needs to be done to let the community know about the problem.”

Daly City Council Member and former Mayor Ray Buenaventura was sad to see that these people came from the Philippines in search of a better life, and by a stroke of bad luck ended up being homeless.

“What was evident in that film is how much pride the Filipinos have and sometimes it is such a curse that our tremendous pride sometimes gets in our way in asking for help. But I think the Filipino community is ready to tackle the problem as there is a lot of sympathy and empathy,” Buenaventura said.