Virus takes a toll on Filipino community life in Illinois

Virus takes a toll on Filipino community life in Illinois 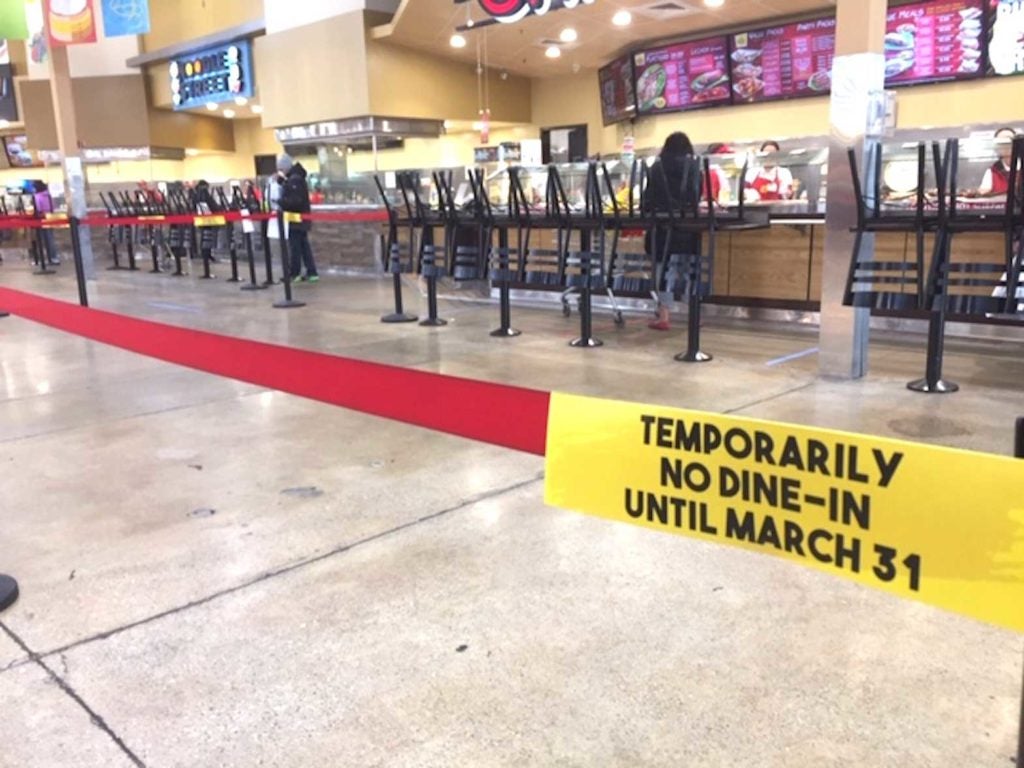 Seafood City sign above is now outdated. Illinois Gov. J.B. Pritzker extended the lockdown to April 30. Dine-ins are not allowed, only take outs  are. PINOY/Anong

CHICAGO—Filipino Americans in Illinois continue to feel the negative impact of the Covid-19 pandemic, like other communities all over the world.

With Illinois Governor J.D. Pritzker extending his order of statewide lockdown to April 30 from the original April 7,  due to the unabated, exponential increase of cases to 10,000 of his constituents and 157 deaths as of April 3, the severity of the coronavirus outbreak is being felt deeply in the physical, social, economic and religious lives of Illinoians.

For Filipino Americans in the Midwest, the disruptions came as early as  March 18 when the Philippine Consulate General in Chicago announced the closing  of all its offices and started offering its services online. 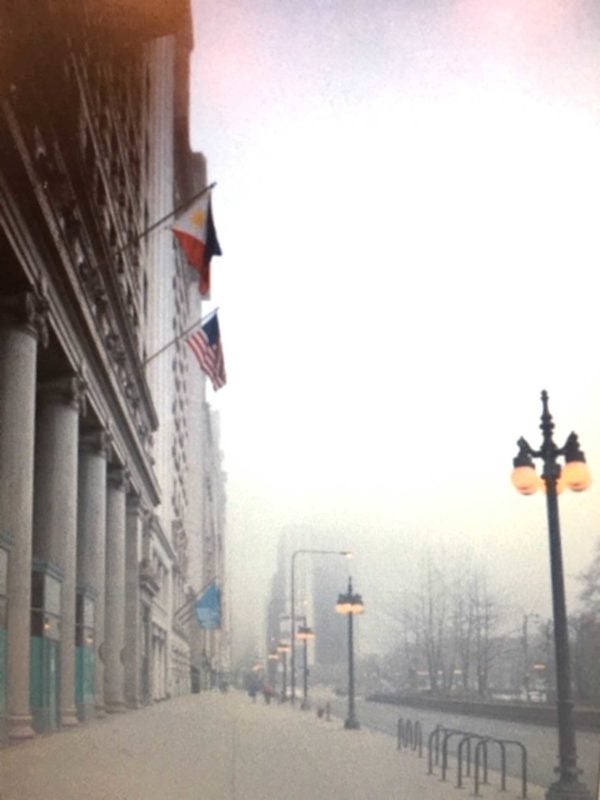 Philippine  Consular offices have been closed since March 18,  shown here along a desolate Michigan Avenue, known as the Magnificent Mile in Chicago, for  its  busy sidewalks and upscale stores. MANNY ZAMBRANO

Cultural attache Noly Dulay issued a press release canceling the consulate’s annual commemoration of Bataan Day on April 9 due to the lockdown.

Consul General Gina Jamoralin also informed those who signed up for the annual 2020 Ambassador Tour to Manila, Iloilo and Boracay on July 19-26 was also canceled. This should have been ConGen Jamoralin’s final major project prior to her scheduled recall to Manila this summer.

(The Consulate can be reached through its Facebook page at  https://www.facebook.com/PHinChicago/  and for latest public advisories and announcements relative to COVID-19  please visit its website at www.chicagopcg.com.)

One group that is quick to implement its remedial contingencies is the Filipino American Complete Count Committee. FACCC is committed to reaching out to residents of Filipino ancestry and to make them understand the importance of everyone being counted in the U.S. Census 2020, which officially started on  April 1. 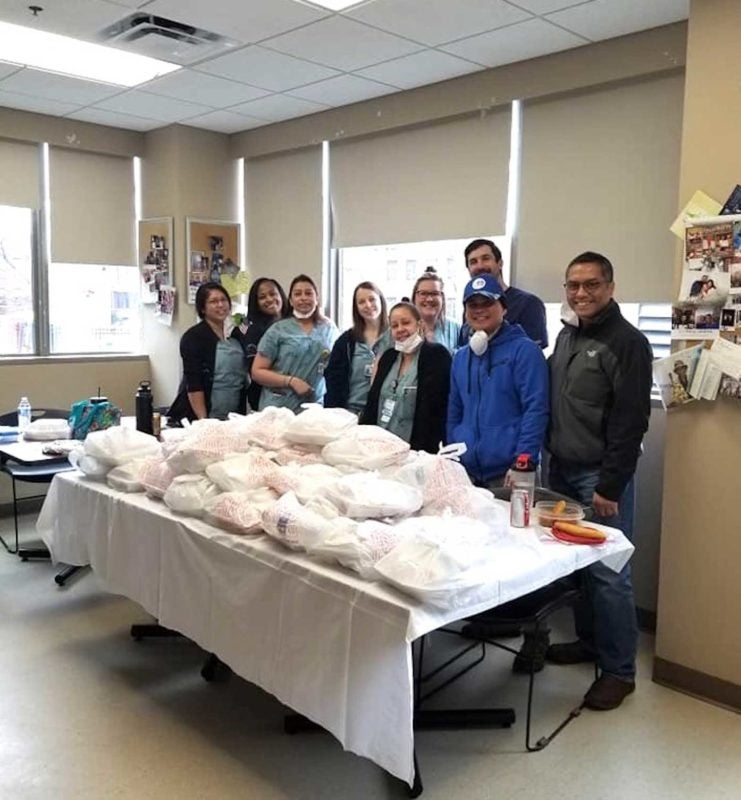 Volunteers led by Philippine American Chamber of Commerce on Greater Chicago President Edgar Jimenez are shown with the lunch boxes donated by Filipino restaurants to be delivered to medical front liners in area hospitals. CONTRIBUTED

Kristina Tendilla, executive director of the advocacy group, Alliance of Filipinos for Immigrant Rights & Empowerment (AFIRE)  put together reach-out  initiatives online to help debunk the impression that Filipinos are one of the ethnic groups in the area that are difficult to count.

The 2010 Census listed 139,090 Filipino Americans in Illinois, the third largest in U.S. following California and Hawaii.  Ninety five percent of these are in the greater Chicago area. Some studies show that the number reflects an undercount. Faced with an added hurdle with the advent of Covid-19, FACCC is relentless in its outreach online. (Want to help? Call AFIRE: 773-580-1025)

The traditional events of the long-established organizations are not immune to the outbreak of cancellations and postponements of activities that have been important parts of community life for many years.

Circulo Capampangan president Wilma Anderson posted on Facebook that the 50th year anniversary dinner-ball of her group was postponed from May 9 to next year, May 8, 2021 and will still be called their “Golden Jubilee” celebration.

For the first time in its 45 year of existence, the Philippine Independence Week Committee (PIWC) canceled most of its month-long activities including its picnic, the June 12 flag ceremony and noontime cultural show at Daley Plaza at the Chicago Loop. 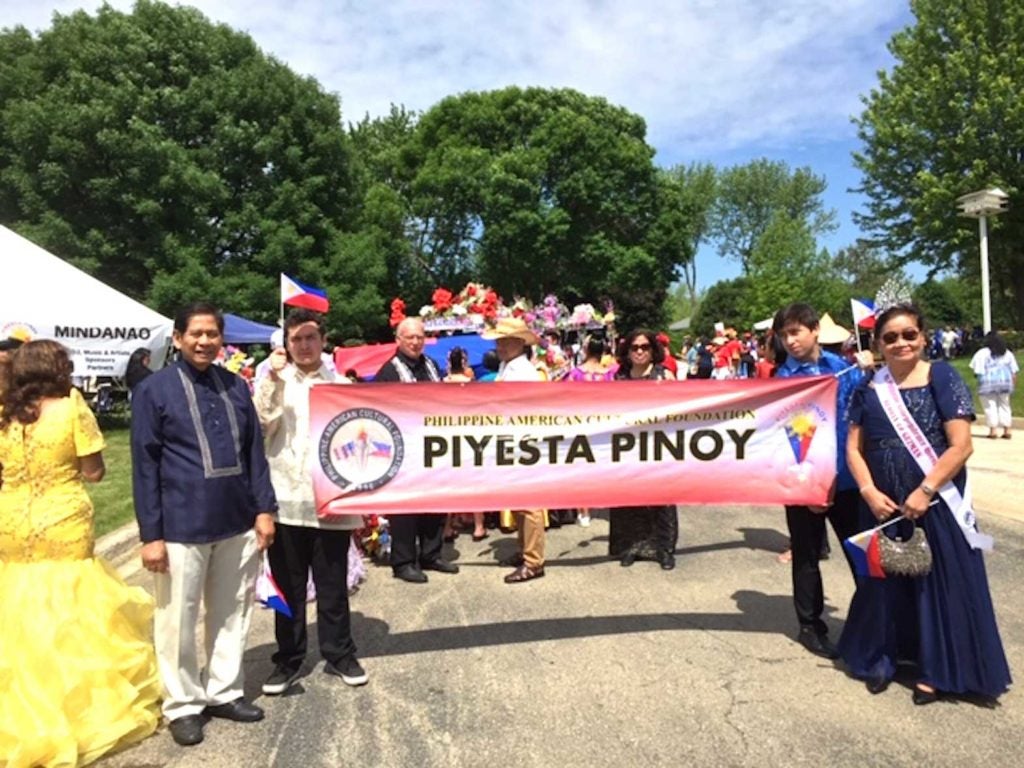 Piyesta Pinoy  on June 13 in Bolingbrook, Illinois (which attracts an average of 5,000 attendees like the one pictured June 8, 2019)  has been postponed by the Philippine American Cultural Foundation due to the Covid-19 pandemic. PINOY/Anong

PIWC 2020 Chair Julie Ann Gruezo said that her group’s gala night on June 13 was postponed to October 3 at the Hyatt Regency in Rosemont, Illinois. The delayed Philippine Independence celebration will now usher in this year’s Filipino American History Month celebration.

Pinoy” which attracts an average of 5,000 attendees in Bolingbrook, Illinois. The five-year old festival boasts the participation of various business and civic organizations in the area. A new date is yet to be announced.

A dozen chapters of the Lions Club with predominantly Filipino members had all indefinitely postponed their fundraising events, which are major financial sources for the club’s various health projects.

Lenten rites this month are also affected. Bishop Eliezer Pascua, president of the Philippine American College of Clergy in Chicago consisting of various mainline protestant denominations, said in an interview that for the first time in the 40-year life of his group they will not hold their annual “Seven Last Words” service on Good Friday (April 10) and their “Sunrise Easter” service on April 12.

The  “Double Treble Tenors” concert featuring Sal Malaki of the Los Angeles Opera Company and gospel singer Ed Granadosin  to mark the 90th year anniversary of Central United Methodist Church in Skokie on April 24 was postponed to a later date, this according to the church music director, Milette Silverio.

The national conference of the Couples for Christ in July at Wyndham Hotel in Glenview, Illinois was also moved to a future date, for more information, email CfC Chicago chapter head, Rommel Dolar ([email protected]).

The ongoing plague has also taken a toll on the many Filipino-owned businesses, notably restaurants and grocery stores which reduced their operations to a minimum, like takeout.

This year alone, Little Quiapo Banquet, which started operations in Chicago’s historic Clark Street in 1977,  closed after 42 years; Isla Filipino, which won acclaim from mainstream food critics, also closed after 20 years; and one of the four Unimarts in Chicagoland also was shuttered at the end of February.

Weakened by the opening of the Seafood City, which brought in known franchises like Jollibee, Max’s Chicken, Red Ribbon and Valerio’s within its enclave, most mom and pop operators were further hit by the coming of the coronavirus.

Despite their struggle to survive in this challenging time, proprietors find ways and resources to provide relief to those affected by the pandemic. 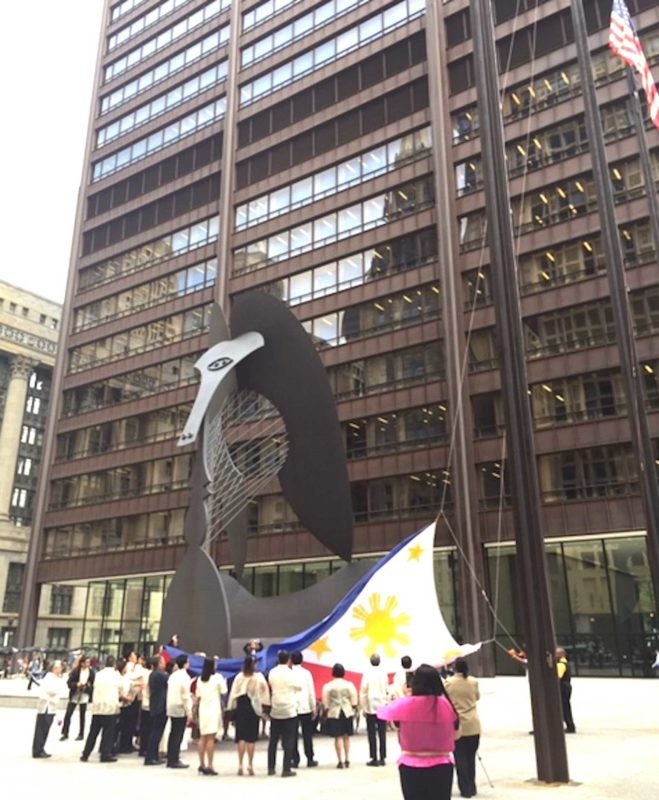 Randy Famacion and his chefs at Chicken Ati Atihan in Niles, Illinois, have been donating lunch and dinner boxes to the first responders and medical workers on the front line of treating patients in hospitals like Luther General Hospital in Park Ridge, Illinois, St Mary’s and St. Elizabeth Hospitals in Chicago.

Philippine American Chamber of Commerce President,Edgar Jimenez leads volunteers in distributing food prepared by Atia Atihan and by J.P, Ledesma and his chefs at Bacolod Chicken Restaurant in Chicago to the overworked front liners in the area.

These good deeds don’t go on unnoticed, said Famacion in an interview. “I was pleasantly surprised to hear from strangers wanting to donate money so we can cook more food for our exhausted nurses and doctors.

“I even got a call from firefighters who volunteered to deliver the food we  prepared, so we don’t get exposed in the hospitals where the dreaded virus is likely present,” said Famacion.

But business owners, like Famacion,  are expressing concerns about where to get the money to pay their expenses, especially rent and utilities, while their operations are severely curtailed.

While the lockdown is certainly taking a toll on their bottom line, they understand the harsh measures taken by the government leaders–that in the end, lives take the priority.

“Better six feet apart… than six feet under,” were the parting words of the struggling entrepreneur.