‘Lola: A Ghost Story’ and the author’s ‘jujus’ 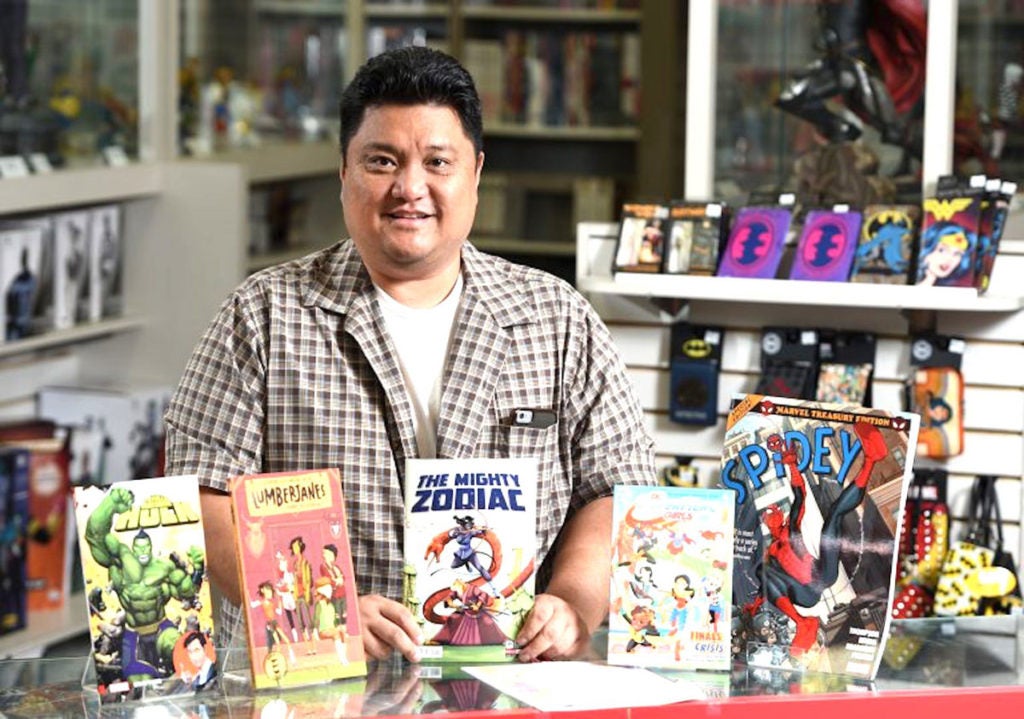 Jesse didn’t know his lola well, but his family told him stories about who she was.

She was someone who had visions, may have seen ghosts and encountered monsters from Filipino folklore.

She had been chased by a giant pig she believed was evil. She also fought off a mananaggal, a vampire-like monster whose favorite prey is sleeping pregnant women.

The stories about Jesse’s lola are chronicled in a young adult book called “Lola: A Ghost Story,” inspired by Lola Gloria, the grandmother of Filipino Canadian comic book author J. Torres. The book, originally published in 2009, celebrates its 10th anniversary on Tuesday with the release of a new edition published by Oni Press containing revised illustrations and an updated ending. 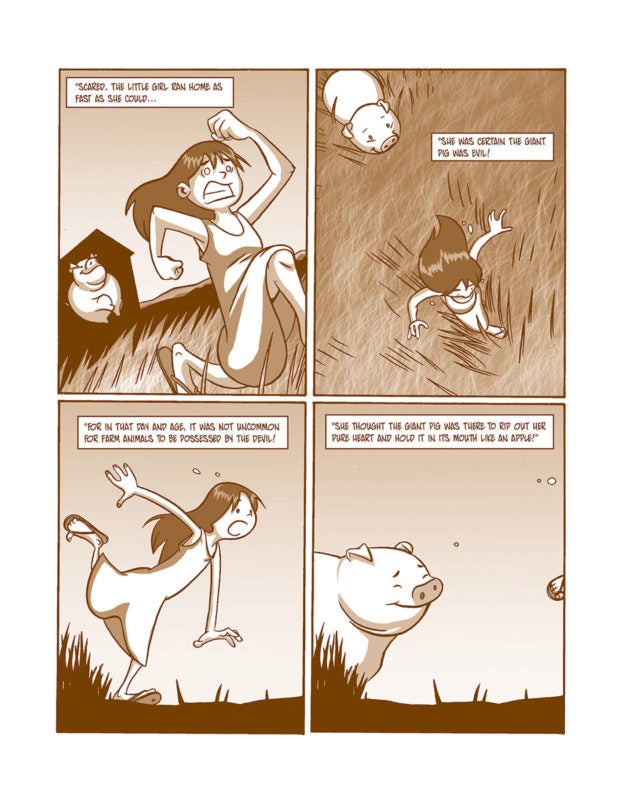 Torres, who has written a number of comics, including the DC Comics’ “Teen Titans Go!” said he’s proud of what he calls his most “Filipino” work. He said in an email that he had always wanted to write a book inspired by his grandmother. He also shared that the book had originally started out as an attempt to retell Filipino monster myths before it evolved into a story about a kid who encountered those monsters.

“I eventually took those two things and merged them with ‘real life’ stories about my lola plus childhood memories I have from the Philippines. Mix all of it together like halo-halo and you get this graphic novel,” he said in an email to Inquirer.net.

In “Lola: A Ghost Story,” Jesse’s lola is no longer around, but he finds himself experiencing the same visions she had while his family is visiting the Philippines. He realizes that he may be able to use his newly discovered abilities to help his family deal with things in their past, and that doing that, in turn, may help him as well. 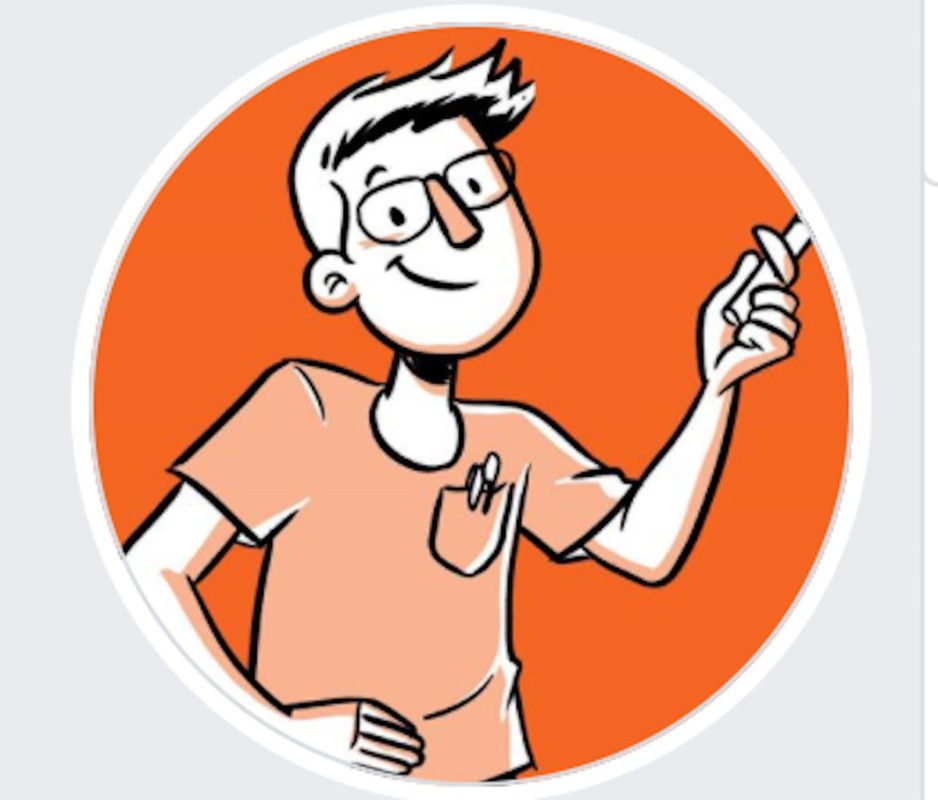 To complete the graphic novel, Torres worked with Philippine-based illustrator Elbert Or. The two connected when Or reached out to Torres after Or stumbled upon one of his earlier works, “Copybook Tales.”

“Up until then, I had never known of any contemporary Filipino comic book creator being published internationally before,” Or said in an email. “That he was able to do so, with a slice-of-life story, something unusual for someone like me who grew up on a steady diet of superhero and science fiction stories, was just as impressive!”

Or said that the new edition contains polished illustrations, along with some new pages. He shared that “Lola” to this day remains the only horror-tinged book he’s worked on and that it was a memorable experience: he endured multiple setbacks that hampered his progress for the first edition in 2009, including an injured wrist and losing his pages in a typhoon.

Those mishaps, he noted, occurred whenever he began working on horror-tinged sections of the novel. 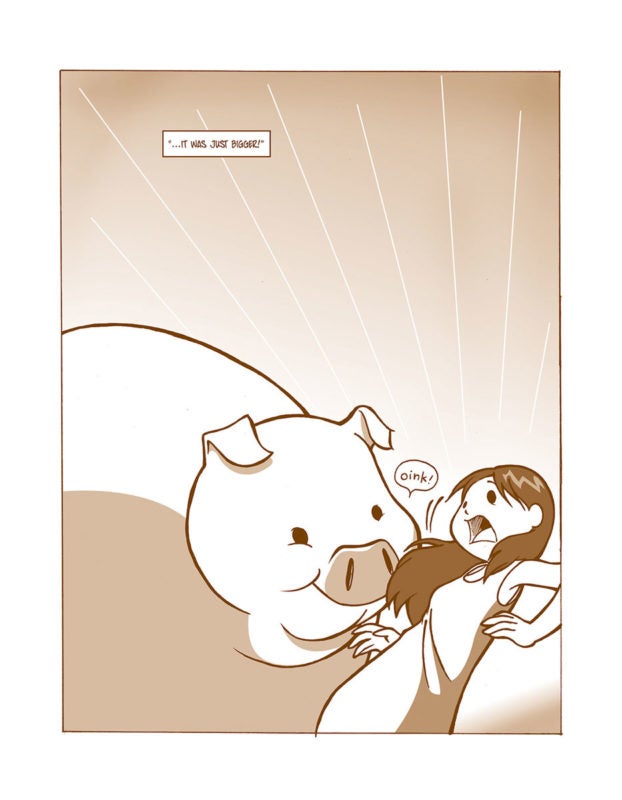 “Every time something supernatural appeared on the page, I was drawing it with an injured hand, or I was in sick in bed; the church sequence, I redrew three times because I lost the first batch of pages to a flood, then that page in particular got spilled on, before I finally got to the version printed in the book!” he said. “There [is] some very strong juju coming from that book, I tell you!”

Torres said he’s proud that “Lola: A Ghost Story” introduced Filipino folklore and culture to many people who previously had never heard of kapre or dwende, and readers who have never read a story set in the Philippines or featuring Filipino characters.

Since the book was first published, it has become more widely distributed in schools and libraries, Torres said. This is what led to the updated pages, he noted, as well as the revised, less gory ending that can be found in the original version of “Lola.”

For first time readers of the book, Torres said he hopes the book will spark their curiosity about Filipino mythology and culture if they aren’t familiar with that.

“If you’ve read the original version, I hope you like the changes we’ve made, understand why we made them, and tell all your friends to check out the book!” he said.