Coronavirus — did someone say martial law? 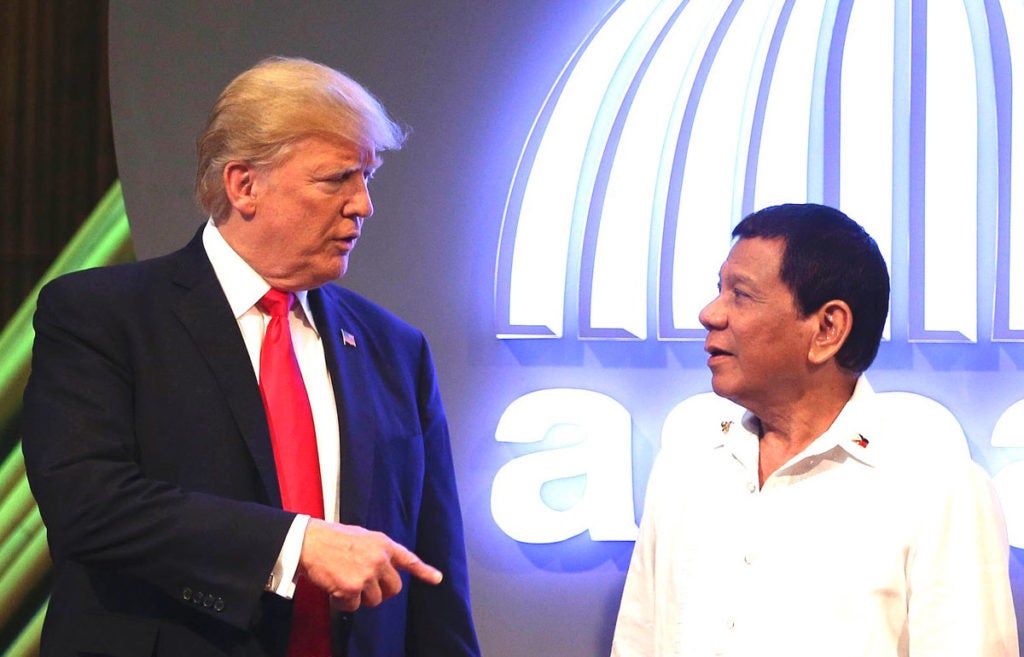 In the fight against the novel coronavirus, we’re locked down in California and New York to assure social distancing. But how far distant are we getting from this thing in America called the Constitution? It’s the very basis of life as we used to know it, but the threat of a killer virus has turned everything upside down.

The Constitution? A Kleenex is more valuable in these times when the virus is clearly winning.

In New York, Governor Andrew Cuomo has more than once in the last week talked about the need for military assistance to fight the virus, always quick to mention how it’s not “martial law.”

Easy for him to say.

But mention those two magic words, martial and law, and any red-blooded Filipino will feel a definite chill—perhaps similar to that which kept the dictator Ferdinand Marcos’ dead body alive in Laoag until President Duterte decided to treat the dead corpse like a long-lost hero. Wherever you are on that political spectrum, no two words have defined the fate of Filipinos the last 50 years like “martial law.”

So, if any of you American Filipinos paused for a moment like I did, it’s understandable.

In California, the National Guard is already at food banks distributing food. It’s a seemingly humanitarian effort for now, but for how long?  Are we ready for a military presence in daily life? Guarding hospitals? Enforcing curfews?

Deciding who lives or dies? Well-heeled cronies only? We can’t really be close to martial law in America here, can we? The American president has long admired Rodrigo Duterte for his extrajudicial prowess, maybe the virus is Trump’s enabler.

Consider this under the radar matter. The US Justice Department has asked Congressional approval for extreme emergency powers such as the detention of people indefinitely without trial, according to a Politico report this weekend.

The request is a clear denial of the constitutional right to habeas corpus. I’d say locking up and throwing away the key to justify a pandemic emergency would seem to be an example of extreme social distancing.

It’s a reminder that our civil liberties aren’t immune to a wicked power grab masked by the virus. Citizens beware.

And it comes when coincidentally we’ve all been asked to be compliant and quietly disappear—to shelter in place, wash our hands, and not breathe on each other. Or else. I get it. Public health is important.

But it doesn’t mean we shouldn’t pay attention to the contradictory statements and actions of our governmental leaders—especially the president.

At a time when trust and credibility is important, the president has little or none. I’d say he lost it with the “Access Hollywood” tape. But he wasn’t the president then. A culture of lies can’t beat the novel coronavirus.

We must not defer to a man who already sees himself above the law, and now seems poised to use the pandemic to his advantage. It’s right to question everything. Was he really tested? He sure didn’t sound like it when asked last week, though a memo from his doctor said he was negative.

Why does Trump say we’re in an emergency and yet does nothing to step up the production of N95 surgical masks for our frontline health-care workers, notably our Filipino nurses? Bring on the masks? What’s with the CDC recommending bandanas and scarves?

Why does Trump act like he’s doing something for the workers and small business folk who will be hurt the worst economically by this virus? A $1 trillion bailout is nothing in an economy worth more than $20 trillion, not for the number of months that the country is expected to be in virus mode.

Perhaps an even more important question is why does Trump attack NBC reporter Peter Alexander who asked  a simple question at the White House briefing last Friday: “What do you say to Americans watching you right now who are scared” of the coronavirus outbreak?

It was another berating of a reporter when a question was posed that the president didn’t like, but’s standard these days for the man who routinely calls the media the “enemy of the people” and who has left people wondering who can you trust in the virus stage?

It’s making conspiracy theorists seem credible. When I saw Trump’s treatment of Alexander, it was that moment more than a potential military presence that set off my alarm.

When Marcos declared martial law in the Philippines in 1972, it was more than the military’s actions that indicated a different climate. It was the curtailment of press freedoms that signified things were different in the country.

When Governor Cuomo spoke on Sunday, he said the situation would get much worse. In previous columns, I’ve said Trump was making the U.S. more like the Philippines every day with rich and poor, and no middle.

A coronavirus justifying emergency acts, that might make the transformation complete.

Emil Guillermo is an award-winning  journalist and commentator. He is a columnist for the Inquirer.net’s North American Bureau. Twitter @emilamok  Listen for him wherever you podcast.