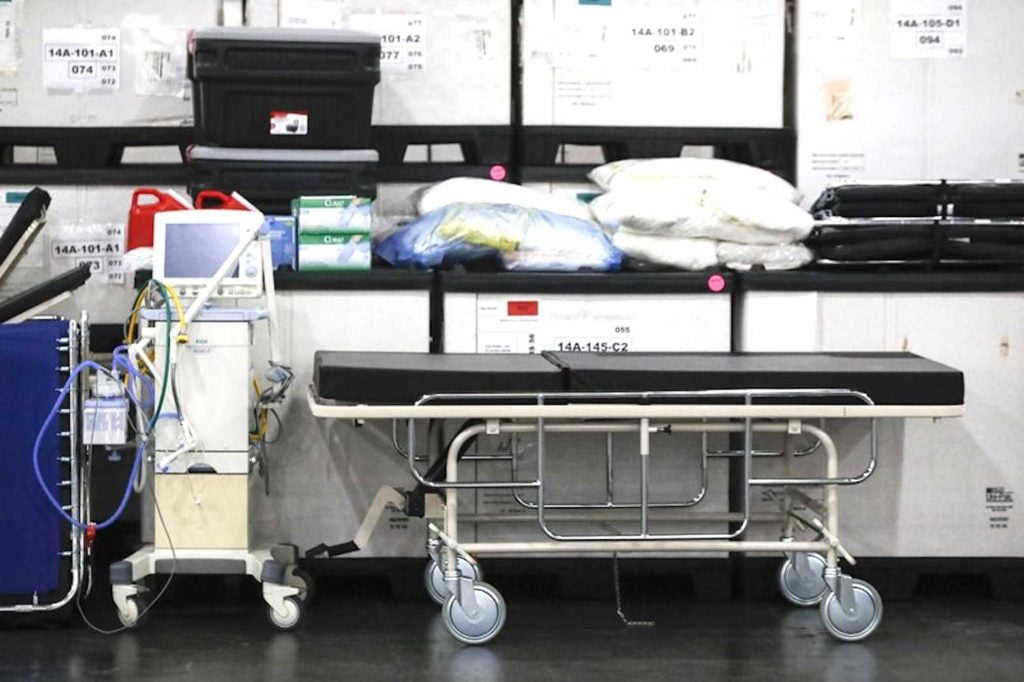 In this March 17, 2020, photo, pedestrian walks their dog through a quiet street, in the Brooklyn borough of New York. For most people, the new coronavirus causes only mild or moderate symptoms. For some, it can cause more severe illness, especially in older adults and people with existing health problems. AP PHOTO

When Americans are summoned to deal with an attack or defy overwhelming odds, the response typically goes something like this: Fight. Hold the line. Stand together. This won’t stop us. Keep on living your life. We will prevail.

Some of the coronavirus language from leaders has mirrored this imagery. “An invisible enemy,” President Donald Trump called it. “We’re at war with a virus,” Joe Biden said at Sunday’s debate. Countered Bernie Sanders: “We have to act dramatically, boldly.”

Contrast that with a meme that has been popping up everywhere on social media this week: “Your grandparents were called to war. You’re being called to sit on your couch. You can do this.”

The arrival of the coronavirus, and the muted methods being recommended to the public to arrest its spread, are a hard sell for some Americans, and that’s not surprising. Literature, movies and advertising have always shown us otherwise.

The central mythology across much of the country’s history, from the Puritans to the frontier to 9/11, has been about getting up and going out to do what needs to be done — not staying home, being quiet and practicing what can look a whole lot like inaction.

“We’re beginning to see that the traditional ways that Americans may handle adversity may be coming up a bit short,” says Daryl Van Tongeren, who teaches psychology at Hope College in Michigan and has studied how people find meaning in suffering.

Part of that is because the imagery doesn’t quite fit:

—We are, in many ways, a nation that prizes concrete ideas; fighting the minute and invisible coronavirus is a very abstract notion.

—We are, in many ways, a nation that has obsessed on outcomes; this is a saga fraught with frustrating processes.

—We’ve been conditioned for generations to be a certain brand of rugged-individualist tough; now we’re being asked to be tough in a way that’s completely different.

This time, unlike a World War II or a 9/11, there is no willful human enemy, only nature creeping along silently and incrementally. As a war, it’s configured far differently than the ones we’re accustomed to watching and waging. And the dramatic, bold action for most among us will be near-hibernation, which is easy to mistake as a couple steps short of cowering.

“In America, we don’t do subtle and subdued,” says Lorenzo Servitje, an assistant professor of literature and medicine at Lehigh University. His upcoming book, “Medicine Is War,” examines how Victorian-era England learned to understand medical progress through martial imagery.

This “war,” Servitje says, is unlike most standard Hollywood fare. “It’s boring, difficult, challenging. It’s not everyone running around with machetes and fighting against people who become cannibals overnight. It’s trying to home school your kids, manage finances, reconfigure the way we’ve been doing things.”

Some still respond defiantly — like the crowd in Nashville shown partying on Twitter early Sunday, or young people angry at the cancellation of their sports seasons venting under the hashtag #letthekidsplay.

“I think we have a bit of a false sense of invulnerability. And situations like this shatter our assumptions,” says Van Tongeren. His new book, “The Courage to Suffer,” was co-written with his wife, Sara Showalter Van Tongeren.

“We think if we fight hard enough and use sheer willpower and outmuscle it, then we’ll conquer it. But that can cause us to ignore wise advice from experts,” Van Tongeren says. “If we think of this as an enemy we might have to outsmart instead of outmuscle, then we start to think differently.”

Those are important questions for Americans: How to recognize that outsmarting might work when outmuscling can’t? And how to rebrand the act of, well, not doing things as an expression of resolute commitment to a cause?

“There is a narrative of action that can co-exist with a narrative of social distancing,” says Nancy K. Bristow, a historian at the University of Puget Sound in Washington and author of “American Pandemic: The Lost Worlds of the 1918 Influenza Epidemic.”

“To stay at home and not go out to the grocery store and use social distance — that’s action,” she says. “If people can think about it that way, there are active storylines right in the midst of all of this.”

Imagine that: an American action narrative where staying home and persevering through the minutiae is an act of bravery, where mastering everyday life under unusual circumstances — multiplied by millions of households — can vanquish the “enemy” at our doorstep.

You’re being called to sit on your couch. Can you do this? Will mastering that be the next American chapter? We’ll see.

“Americans often just want to know what to do,” says John Baick, a historian at Western New England University in Massachusetts.