Best Netflix to Watch | What to Watch on Netflix | INQUIRER.net USA

Most look for ways to relax with their favorite snack and drink while watching their beloved shows and movies. Whether it’s the fifteenth season of a drama or the premiere of an adaptation from a novel, there is always a list of the best Netflix to watch.

Subscription entertainment platforms are providing movies and shows with a few clicks. With such vast options, here is a breakdown of what to watch on Netflix. 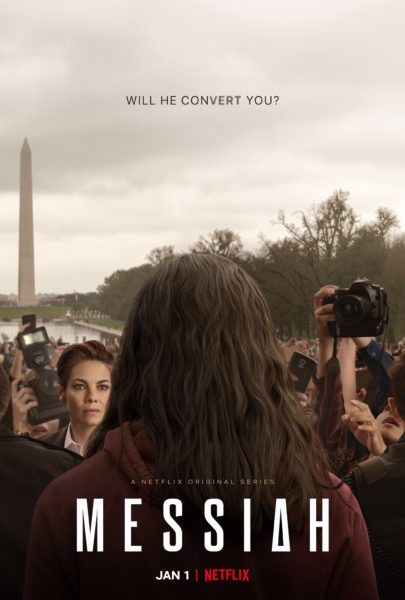 Creator Michael Petroni poses intriguing questions about religion in this critically-acclaimed Netflix original. Messiah tackles questions such as, what would people do when a man claims to be the second coming of Christ and performs miracles? Would people laugh and mock or cower and repent?

The drama-thriller centers around a man who calls himself Al-Masih (“The Messiah”) portrayed by Belgian actor-director Mehdi Dehbi. He amasses a cult following after performing miraculous acts such as walking on water and stopping natural disasters, reminiscent of famous prophets in various religions.

CIA agent Eva Gellar, played by award-winning actress Michelle Monaghan, leads a team to uncover the truth about Al-Masih.  It’s not long before it turns into a deadly game of cat-and-mouse.

Mixed reviews circulated after the series release, with some arguing that the storyline is tantamount to blasphemy. For others, it starts a good premise on questions about religion and its function in human society. 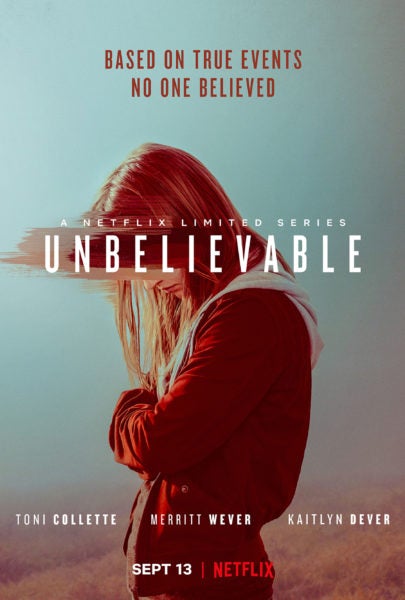 Young actress Kaitlyn Dever stars as Marie Adler in this 8-part docuseries about a 19-year-old who was sexually assaulted and came forward to the authorities to seek justice from her attacker.

Based on true events, Unbelievable is a close television adaptation of “An Unbelievable Story of Rape,” an award-winning article written by journalists T. Christian Miller and Ken Armstrong. The article won the 2015 Pulitzer Prize for investigative and explanatory journalism.

The story centers on a young woman who files for a sexual assault case. Not unlike many assault cases in the real world, Marie Adler’s case was dismissed as a false report after she broke under pressure and started doubting her own trauma. It led the authorities to believe she fabricated the entire story, that is until two female detectives work tooth and nail to uncover the truth.

Actors Toni Collette and Merritt Wever play Detective Grace Rasmussen and Detective Karen Duvall, the officers who find other cases similar to Adler’s that eventually point them to a serial rapist.

Unbelievable is an award-winning docuseries that is a timely reminder of the significant impact of the #MeToo movement in a modern society that continues the insidious practice of victim-blaming and shaming. 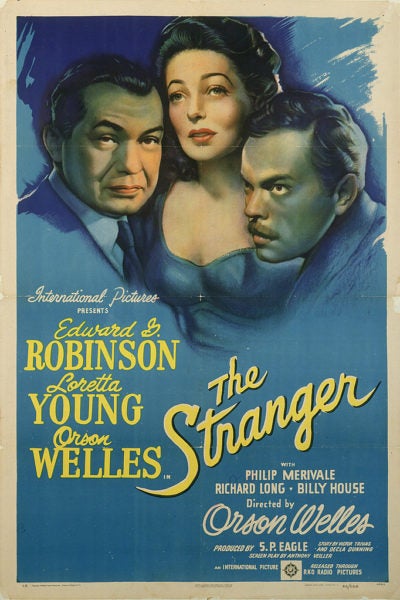 Though falling into Old Classics territory, The Stranger earns a spot in the list for its relevant plot on the destructive and asinine nature of Nazi rhetoric that might say a thing or two about modern times.

Both the director and main actor of the film, Orson Welles plays a college professor named Charles Rankin, living in a small, pastoral town in Connecticut town with his wife Mary Rankin played by the late actress Loretta Young.

The plot thickens when a seemingly skittish German gentleman named Meineke (played by Konstantin Shayne) visits Professor Rankin. They go for a walk in the woods and it is revealed that the kindly professor was a notorious Nazi war criminal Franz Kindler during the World Wars.

Released during the summer of 1946, The Stranger is a self-reflective drama-thriller that poses questions about society’s bloody history of wars and their consequences. Earning an Academy Award nominee, Orson Welles’ first noir film helped cement his legacy as one of the greatest filmmakers in history. 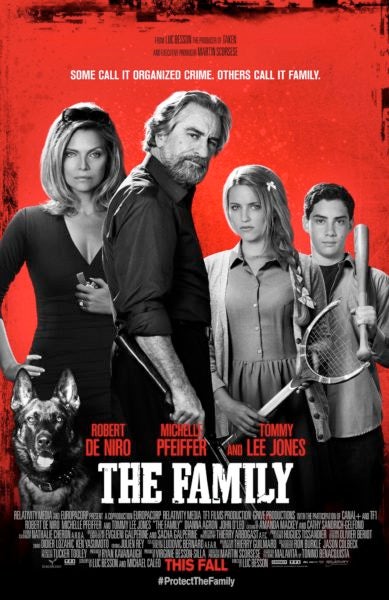 Living in Normandy, France and passing as a family on an extended vacation, the Blakes cannot help but revert to their old ways and solving “family problems” in unconventional and often humorous ways. Despite the best efforts of FBI agent Robert Stansfield (Tommy Lee Jones) assigned to protect them 24/7, the family blows their cover, ensuing chaos when they are hunted down by mafia cronies.

The Family is a comedy-action film that tickles the funny bones one minute and descends into chaos the next. Pfeiffer and De Niro’s tandem makes for an R-rated (for violence, language, and brief sexuality) family movie that doesn’t require full, undivided attention but passes as a light watch for its comedic relief and unique action scenes. 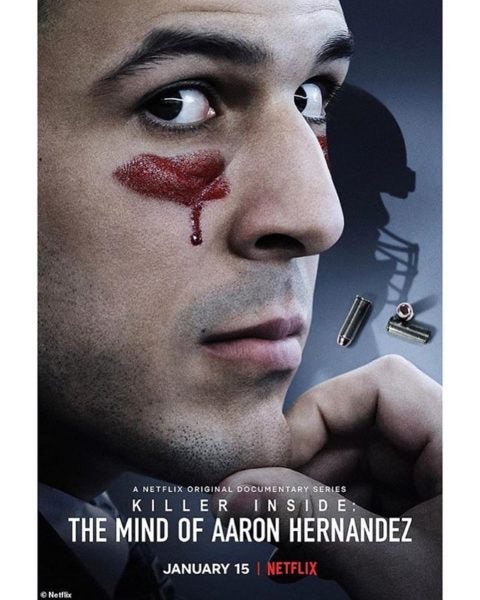 The Netflix documentary Killer Inside: The Mind of Aaron Hernandez depicts the life and death of convicted murderer and former American Football Tight End Aaron Hernandez. The docuseries not only talks about Aaron Hernandez and the shocking turn of events before and after his trials but presents many bold claims and questions on the multi-billion football industry and its culture.

A powerful docuseries that ignites a discourse on the innate nature of man’s good vs. evil, Killer Inside sheds light on the complicated history of how what was once an honor graduate of the University of Florida and a promising NFL star became a convicted killer with two charges of homicide.

Though Hernandez was the poster image of a football star with his typical American looks and big build, he suffered through childhood trauma, repeated head injuries, drug addiction, extreme mood swings, and impulsiveness, all contributing to his tragic fate, and the horrific deaths of those who died by his hands.

Killer Inside on CTE

Critics claim that Hernandez was the best example of how the football industry thrives: bright and promising on the outside, but a dark and consuming void in its underbelly. Killer Inside takes a deep look at Chronic Traumatic Encephalopathy, a degenerative brain disease that is common among athletes in high impact sports. CTE affects a number of NFL players past and present, among them is Hernandez himself, with the diagnosis given only after his autopsy.

Former 49ers player Chris Borland quit the NFL a year after he was signed, stating that the NFL had zero regards for his and other players’ concussions and other injuries, boldly stating in one of the episodes, “They’re [the NFL] not in the health business, they’re in the violence business.” He ultimately chose his health over the game and is urging other players to demand accountability from their teams’ management. 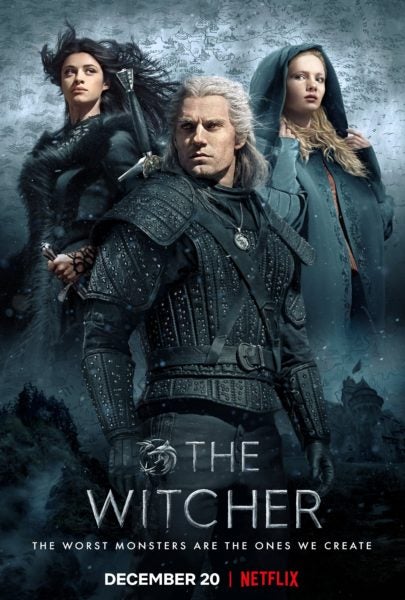 The Witcher is one of the most-streamed TV shows on Netflix despite being only released last January 2020, making it one of the best Netflix shows to watch. Fans of high-fantasy will surely enjoy the series’ intricate action scenes and complex world-building.

Based on a series of fantasy novels by Polish writer Andrzej Sapkowski, the first book in the Witcher series was published in 1994 with the rest of the books following throughout the late ‘90s until the early 2000s.

Before becoming a Netflix hit, the books were adapted into a Polish fantasy film in 2001, and a subsequent Polish TV show in 2002. Five years later, a role-playing video game franchise was launched beginning in 2007 and amassed huge success.

The plot centers around Geralt of Rivia, the so-called “Witcher,” and his many adventures. The first season of The Witcher is considered as “Season Zero” by fans because the episodes are mostly a series of seemingly disconnected events. Geralt of Rivia acts as a catalyst for the plot rather than being the center of it.

The episodes in the first season released on Netflix are compared to the likes of Greek mythology stories of Hercules and Odysseus, wherein the hero embarks on many different journeys at random intervals of time, with no linear plot that connects the next event to the previous one. Some find it hard to keep up with characters and plot lines, but once they get invested, binging ten one-hour or so episodes shouldn’t be a problem.

Naturally, The Witcher has amassed hundreds of thousands of fan base throughout the years, which raised the expectations higher for the hit Netflix adaptation. Though the reviews are mixed, numbers don’t lie and the streaming rate put The Witcher on the must-watch lists of many. 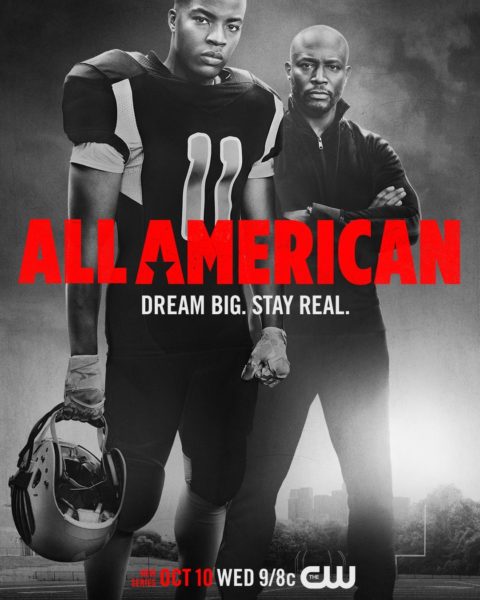 The network who brought iconic TV shows to life including Smallville, Supernatural, Gossip Girl, Jane the Virgin, and many others, now The CW presents one of its top-rating neophyte shows, All American.

The series is inspired and loosely based on the life of African-American professional football player Spencer Paysinger. However, characters and events have been altered to fit plot lines to tackle relevant social issues depicted in the story. Paysinger served as a consulting producer during the making of the show.

The sports drama centers on the life Spencer James, a rising high school football star player at South Crenshaw High. Tensions rise when rival school Beverly High School’s football coach Billy Baker recruits him to join the BHS team. Spencer agrees to the scholarship after much convincing from his loved ones, and right after transferring to BHS, he realizes the difficulties this would entail.

Navigating two worlds at once, Spencer must find the balance between his hometown on the south side neighborhood and the affluent Beverly Hills world that offers him a chance with the big leagues. Tackling different and relevant socio-political issues, All American is an important reminder that race and class issues are still very much present as hideous foundations of American society.

With so many choices on the best Netflix to watch, our list provides options for every type of viewer. It’s no difficult to get hooked on one series and end up finishing everything in one sitting thanks to the superb production value Netflix originals provide.

Whether you’re looking for a classic film to watch or a series to get addicted to, we have the answer to your needs with our top Netflix picks.