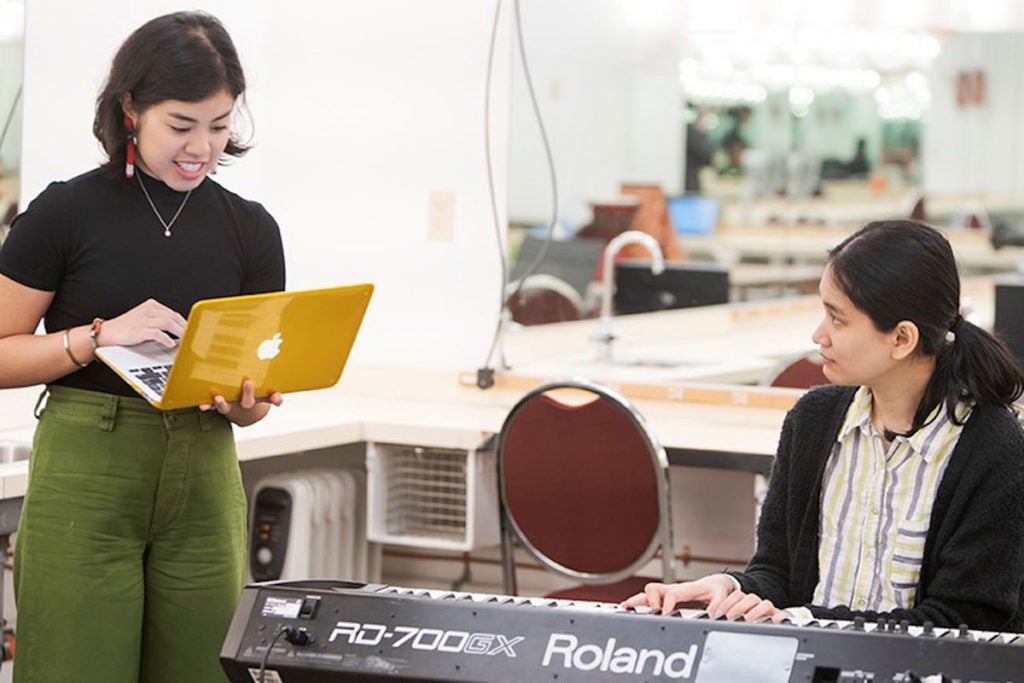 Fil-Am librettist Isabella Dawis (left) and Tidtaya Sinutoke working on the musical “Half the Sky.” CONTRIBUTED

NEW YORK — Filipino American Isabella Dawis has won the Weston-Ghostlight New Musical Award for her work on writing the book (theater term for script) and lyrics for “Half the Sky.”

She wins the award with the musical’s composer Tidtaya Sinutoke. The award gives a studio session in Weston, New York to creators of a promising new work to record selections with Grammy-winner Kurt Deutsch of Ghostlight Records.

On March 7, two free public concerts of the musical will be staged by Weston Playhouse Theater Company.

“Being nominated by Musical Theatre Factory artistic directory Mei Ann Teo is an honor in itself. We’re thrilled for the chance to work with Kurt Deutsch and to present this beautiful score to the public,” says Dawis.

In “Half the Sky,” as Aurelie fulfills her childhood dream of summiting Mount Everest, she grapples with the mountain’s grueling demands, her Thai American family’s past, the rift separating her from her younger sister and a precocious teenage Sherpa.

Dawis had previously performed Sinutoke’s music before working with her on this musical. “She approached me with the concept for ‘Half the Sky’ and I was very intrigued by the possibility of viewing Everest through the Asian American female perspective, rather than the gaze of the white male colonizer,” says Dawis. 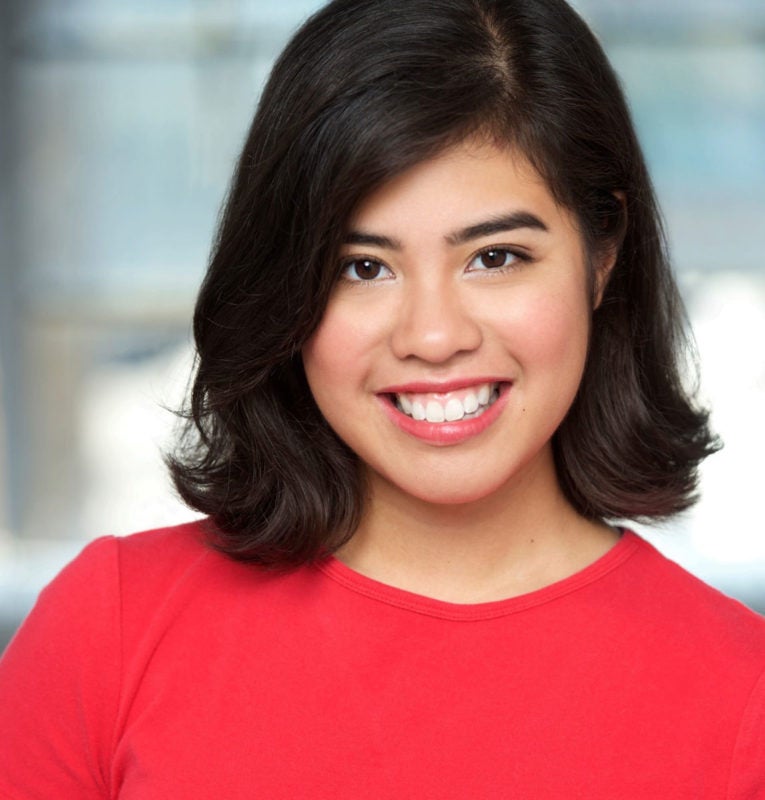 Currently based in New York, Dawis considers herself “very lucky to have grown up in Minneapolis, Minnesota, which boasts a remarkably diverse and vibrant theater community.” She says that having had the opportunity to see people of color onstage “especially other children like me” inspired her to try performing. At one point, she’d even acted in the musical “Filipino Hearts” at Theatre Mu.

Singing and acting credits have included Minnesota Opera, Guthrie Theater, Boston Youth Symphony Orchestra, New York Philharmonic Biennial, among others. Her most recent credit was performing with her sister Francesca as onstage sisters in “Peerless” at Theater Mu.

“‘Half the Sky’ takes the standard American book musical and infuses it with the sounds of Asian musical traditions. It’s moving and meaningful to see such support behind our work, especially as a team of two Asian female writers,” she says.

“There’s no reason to spend your life trying to fit into someone else’s story when you can share your own. As a creator, you have the ability to lift up the voices of those around you.

“To be an American storyteller in today’s world is an immense privilege, because we’re so hungry for connection and truth. What’s most thrilling for me is breaking new ground, introducing audiences to the unfamiliar, and hopefully enriching their lives for it.”