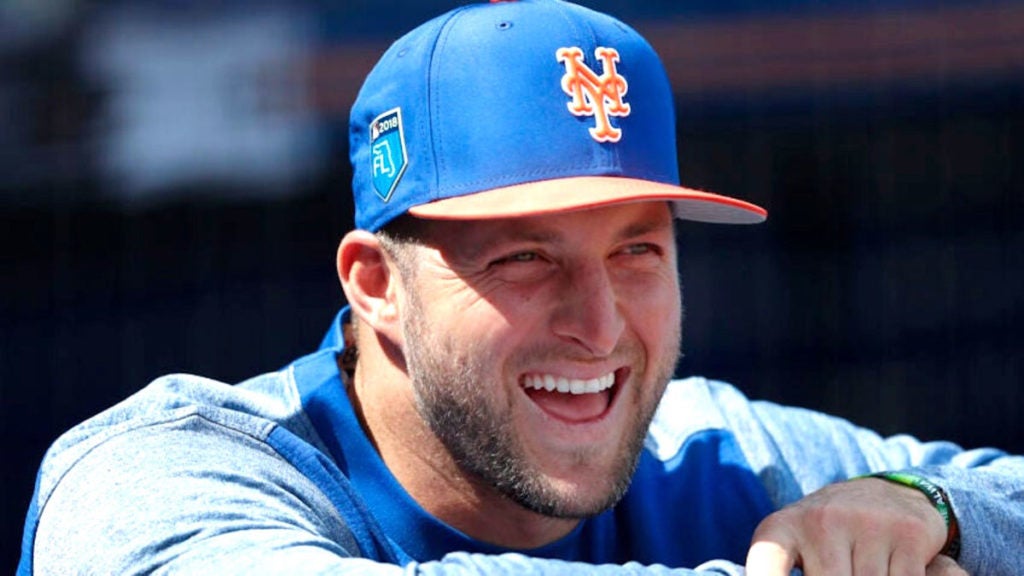 Tebow, a who has spent the past four years as a Mets Minor League outfielder, was born in Manila where his parents were on a religious mission. His Philippine birth makes him eligible to play for the Philippine team in WBC qualifiers.

“I’ve just got such a heart for the Philippines,” Tebow was quoted by Major League Baseball News. “I’ve just really had a love for the people for a long time. To be able to represent them will be really cool — really, really cool. You don’t get a lot of chances to represent people or places that mean something to you.”

Tebow remained in the country until just before his fifth birthday. He grew up in Florida but returned frequently to the Philippines as he became active in missionary work himself, spending at least three weeks there annually for nearly 15 years in a row. He also speaks a bit of Filipino.

In 2014, Tebow opened the Tebow CURE Hospital in Davao City treatchildren with physical disabilities such as cleft lip, clubfoot and bowed legs. “I can’t even tell you how many times I’ve been back,” Tebow said, noting that his parents still have a ministry in the Philippines. “I’ve spent a lot of time. Love the people.”

The WBC qualifiers will take place in Tucson, Arizona, with the Philippines’ first game scheduled for March 20 against the Czech Republic. Those teams will compete with Great Britain, New Zealand, Panama and Spain for two spots in the 2021 WBC.