Fil-Canadian playwright has singing plants in her works

Fil-Canadian playwright has singing plants in her works “Hilot Means Healer” is about a family’s attempt to heal psychic wounds from atrocities during the Japanese occupation, through the touch of plants and hope found in the garden of a healer.

Held at Tapestry & Nightwood at the city’s Distillery District, the reading was directed by another Fil-Canadian, Nina Lee Aquino.

“I believe that if we are to recover from the ecological crisis we have created on this planet, we need to understand that we are interconnected to the natural world and our actions have consequences,” Alcampo says.

“I want to create work that invites people to imagine and embody a mutually respectful relationship with plants and other ecological beings.”

The current iteration of the play is a result of Alcampo’s playwright residency with Cahoots Theatre.

This was her second residency with the group. “Over the course of my residencies, I developed my play under the guidance of artistic director Marjorie Chan,” she says. 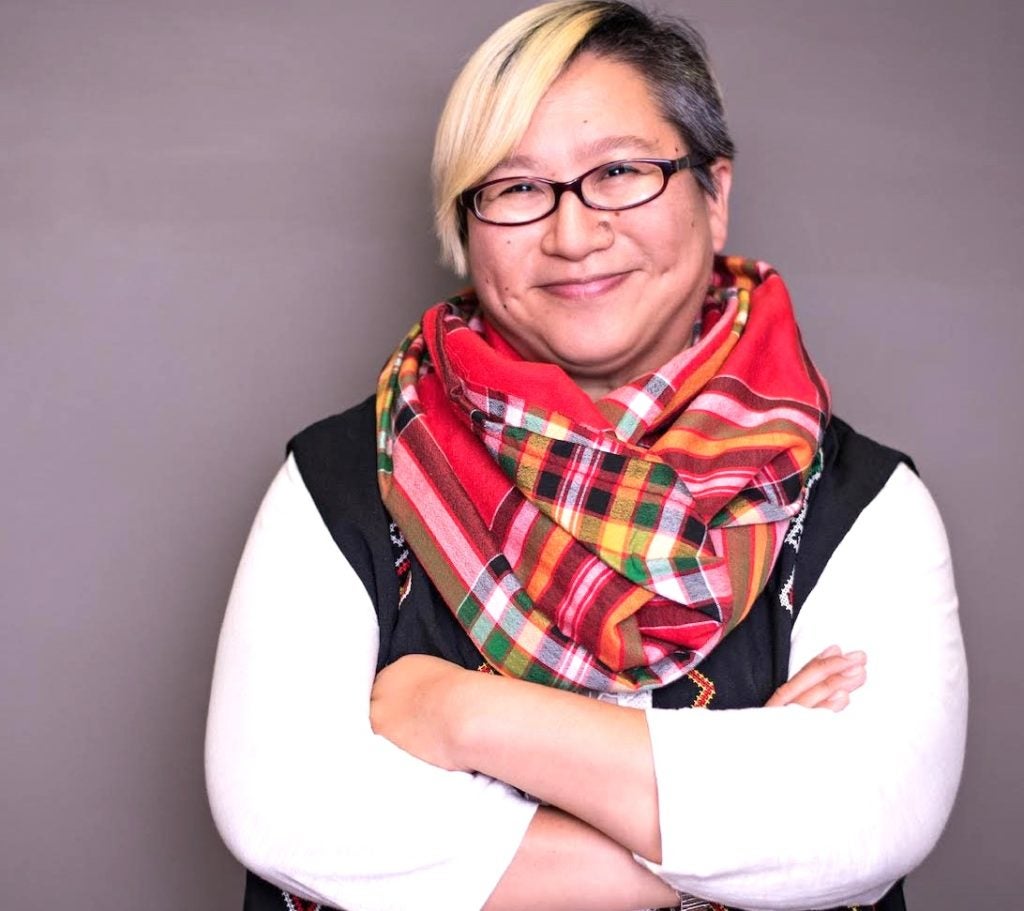 Alcampo had worked with Chan previously, when Chan taught playwriting to Alcampo and other members of the Filipino Canadian theater group Carlos Bulosan Theatre.

Their sessions resulted in Alcampo’s one-act play “inviable heart” (a one-woman play that she also performed), and prior to that, another one-act that she co-wrote with other playwrights, “Tempting Remo.”

Born in Manila, Alcampo’s family moved to Scarborough when she was in the first grade. She’d been involved with CBT since the mid-‘90s (then known as Carlos Bulosan Cultural Workshop), acting in or stage-managing shows.

“I co-directed ‘Walang Sugat’ with one of my mentors, Fely Villasin.” (Villasin and Martha Ocampo founded the group originally to serve as the cultural wing of the activist group Coalition Against the Marcos Dictatorship’s Toronto chapter.)

Her residencies at Cahoots allowed Alcampo to work with other playwrights, providing her with a peer support group for exchanging theatrical ideas, sharing scripts and receiving feedback.

“The purpose of each residency was to explore different creation processes and nurture my growth as a professional playwright. During my 2015-2016 residency, I developed a script and workshopped the play for public reading,” she says.

“It was very helpful to experience the play with an audience. However, I was left with many questions that I wanted to explore further.”

Her 2016-2017 residency allowed her to workshop the play over a much longer period. “This gave me the opportunity to delve more deeply into the text.”

During the day, she worked with Chan and Lee Aquino and four actors (Lana Carillo, Belinda Corpuz, Matthew Issel McMillian and Keshia Palm.

Playwrighting was done at night. “I’d share rewrites the next morning and we’d explore the script further each day.”

As part of developing her play, Alcampo was also able to incorporate songs and indigenous Philippine instruments such as kulintang gongs into the storytelling.

“I was grateful to work with such a musical cast who were willing to take risks with the script. The collaborative nature of the workshop and reading process really helped me grow as a playwright.”

Next steps for “Hilot Means Healer” are still in the works; meanwhile, Alcampo has been telling other stories through her non-theater endeavors.

Alcampo also works on installation-based art and electro-acoustic soundscapes—where she extends her passion for plant life. 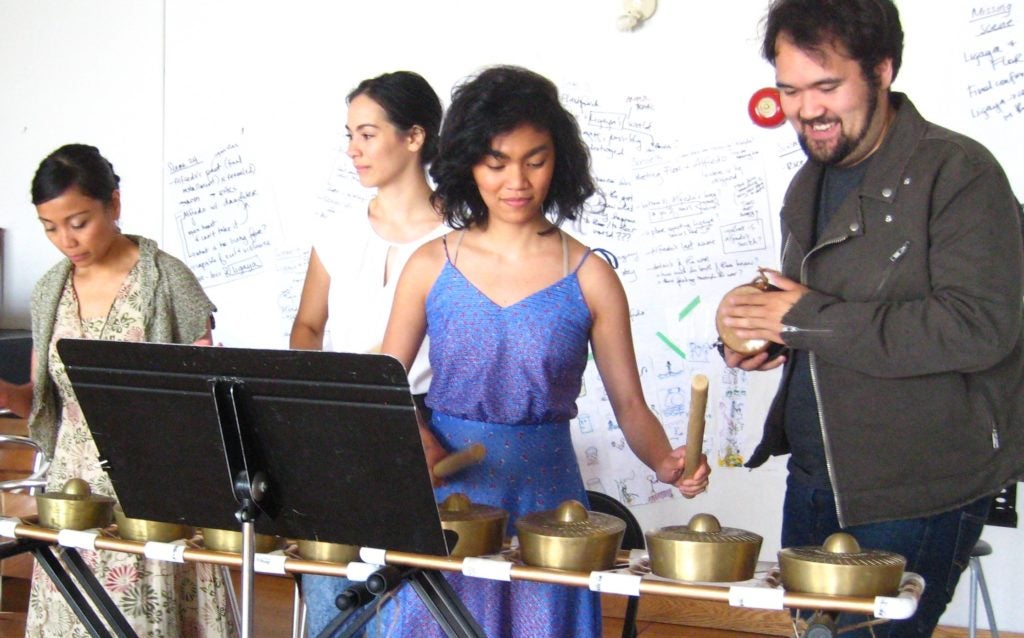 Last month, she had an interactive sound art installation at Evergreen Brick Works titled “Visitors: Singing Plants (Redux),” where potted banana plants were made to respond to human hand gestures by emitting soundscapes of Aboriginal chants, songs and spoken words.

“Plants have many teachings to offer us. When people reach out to plants and hear them sing the Hudhud chants of the Ifugao people, or immerse themselves in a play about a healing garden in the Philippines, my hope is that they, in their own way, feel some connection to these teachings.”

She’s also been working on a comic book about Canada’s Filipino caregivers with illustrator Althea Balmes. The pair has teamed up with the Toronto Public Library to hold “Comics/Komiks Meet-Up,” a once-a-week session for participants to network and develop their comics.

“This will be a space to meet other creatives and share resources in a supportive community,” she says.