Stalked by the fear that dementia is stalking you

Stalked by the fear that dementia is stalking you 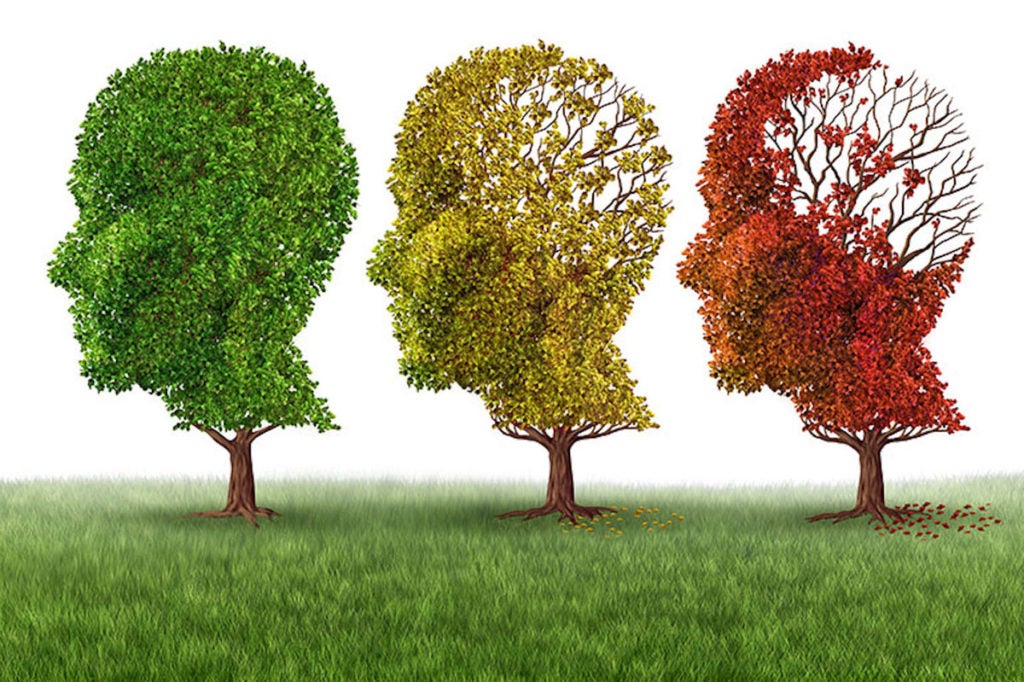 Do I know I’m at risk for developing dementia? You bet.

My father died of Alzheimer’s disease at age 72; my sister was felled by frontotemporal dementia at 58.

And that’s not all: Two maternal uncles had Alzheimer’s, and my maternal grandfather may have had vascular dementia. (In his generation, it was called senility.)

So what happens when I misplace a pair of eyeglasses or can’t remember the name of a movie I saw a week ago? “Now comes my turn with dementia,” I think.

Then I talk myself down from that emotional cliff.

Am I alone in this? Hardly. Many people, like me, who’ve watched this cruel illness destroy a family member, dread the prospect that they, too, might become demented.

Judith Graham (left) with her sister, Deborah.(COURTESY OF JUDITH GRAHAM)

The lack of a cure or effective treatments only adds to the anxiety. Just this week, news emerged that another study trying to stop Alzheimer’s in people at extremely high genetic risk had failed.

How do we cope as we face our fears and peer into our future?

Andrea Kline, whose mother, as well as her mother’s sister and uncle, had Alzheimer’s disease, just turned 71 and lives in Boynton Beach, Florida. She’s a retired registered nurse who teaches yoga to seniors at community centers and assisted-living facilities.

“I worry about dementia incessantly. Every little thing that goes wrong, I’m convinced it’s the beginning,” she told me.

Because Kline has had multiple family members with Alzheimer’s, she’s more likely to have a genetic vulnerability than someone with a single occurrence in their family. But that doesn’t mean this condition lies in her future. A risk is just that: It’s not a guarantee.

The age of onset is also important. People with close relatives struck by dementia early — before age 65 — are more likely to be susceptible genetically.

Kline was the primary caregiver for her mother, Charlotte Kline, who received an Alzheimer’s diagnosis in 1999 and passed away in 2007 at age 80. “I try to eat very healthy. I exercise. I have an advance directive, and I’ve discussed what I want [in the way of care] with my son,” she said.

“Lately, I’ve been thinking I should probably get a test for APOE4 [a gene variant that can raise the risk of developing Alzheimer’s], although I’m not really sure if it would help,” Kline added. “Maybe it would add some intensity to my planning for the future.”

I spoke to half a dozen experts for this column. None was in favor of genetic testing, except in unusual circumstances.

Tamar Gefen, an assistant professor of psychiatry and behavioral sciences at Northwestern University’s Feinberg School of Medicine, strongly suggests having an in-depth discussion with a genetic counselor if you’re considering a test.

“Before you say ‘I have to know,’ really understand what you’re dealing with, how your life might be affected, and what these tests can and cannot tell you,” she advised.

Karen Larsen, 55, is a social worker in the Boston area. Her father, George Larsen, was diagnosed with vascular dementia and Alzheimer’s at age 84 and died within a year in 2014.

Larsen is firm: She doesn’t want to investigate her risk of having memory or thinking problems.

“I’ve already planned for the future. I have a health care proxy and a living will and long-term care insurance. I’ve assigned powers of attorney, and I’ve saved my money,” she said. “Eating a healthy diet, getting exercise, remaining socially engaged — I already do all that, and I plan to as long as I can.”

“What would I do if I learned some negative from a test — sit around and worry?” Larsen said.

Brain scans are another diagnostic tool. CT and MRI scans can show whether parts of the brain have structural abnormalities or aren’t functioning optimally. PET scans (not covered by Medicare) can demonstrate the buildup of amyloid proteins — a marker of Alzheimer’s. Also, spinal taps can show whether amyloid and tau proteins are present in cerebrospinal fluid.

A note of caution: While amyloid and tau proteins in the brain are a signature characteristic of Alzheimer’s, not all people with these proteins develop cognitive impairment.

Several experts recommend that people concerned about their Alzheimer’s risk get a baseline set of neuropsychological tests, followed by repeat tests if and when they start experiencing worrisome symptoms.

“When it comes to thinking and memory, everyone is different,” said Frederick Schmitt, a neurology professor at the University of Kentucky. Having baseline results is “very helpful” and “allows us to more carefully measure whether, in fact, significant changes have occurred” over time, he said.

Nora Super, senior director of the Milken Institute Center for the Future of Aging, watched her father, Bill Super, and all three of his siblings succumb to Alzheimer’s disease over the course of several years — falling, she said, “like a row of dominoes.”

One of her sisters was tested for the APOE4 genetic variant; results were negative. This is no guarantee of a dementia-free future, however, since hundreds of genes are implicated in Alzheimer’s, Lewy body dementia, frontotemporal dementia and vascular dementia.

Rather than get genetic or neuropsychological tests, Super has focused on learning as much as she can about how to protect her brain. At the top of the list: managing her depression as well as stress. Both have been linked to dementia.

Also, Super exercises routinely and eats a MIND-style diet, rich in vegetables, berries, whole grains, nuts, fish and beans. She is learning French (a form of cognitive stimulation), meditates regularly and is socially and intellectually active.

According to a growing body of research, physical inactivity, hearing loss, depression, obesity, hypertension, smoking, social isolation, diabetes and low education levels raise the risk of dementia. All of these factors are modifiable.

What if Super started having memory problems? “I fear I would get really depressed,” she admitted. “Alzheimer’s is such a horrible disease: To see what people you love go through, especially in the early stages, when they’re aware of what’s happening but can’t do anything about it, is excruciating. I’m not sure I want to go through that.”

Gefen of Northwestern said she tells patients that “if [cognitive testing] is something that’s going to stress you out, then don’t do it.”

Nigel Smith, 49, had a change of heart after caring for his mother, Nancy Smith, 81, who’s in hospice care in the Boston area with Alzheimer’s. When he brought his mother in for a neuropsychological exam in early 2017 and she received a diagnosis of moderate Alzheimer’s, she was furious. At that point, Nancy was still living in the family’s large home in Brookline, Massachusetts, which she refused to leave.

Eventually, after his mother ended up in the hospital, Smith was given legal authority over her affairs and he moved her to a memory care unit.

“Now, she’s deteriorated to the point where she has about 5% of her previous verbal skills,” Nigel said. “She smiles but she doesn’t recognize me.”

A couple of years ago, Smith said he was too afraid of Alzheimer’s to contemplate this question. Now he’s determined to know as much as possible, “not so much because I’m curious but so I can help prepare myself and my family. I see the burden of what I’m doing for my mother, and I want to do everything I can to ease that burden for them.”

Kim Hall, 54, of Plymouth, Minnesota, feels a similar need for a plan. Her mother, Kathleen Peterson, 89, a registered nurse for over 50 years, was diagnosed with vascular dementia five years ago. Today, she resides in assisted living and doesn’t recognize most of her large family, including dozens of nieces and nephews who grew up with Hall.

Hall knows her mother had medical issues that may have harmed her brain: a traumatic brain injury as a young adult, uncontrolled high blood pressure for many years, several operations with general anesthesia and an addiction to prescription painkillers. “I don’t share these, and that may work in my favor,” she said.

Still, Hall is concerned. “I guess I want to know if I’m at risk for dementia and if there is anything I can do to slow it down,” she said. “I don’t want what happened to my mother to happen to me.” Probably, Hall speculated, she’ll arrange to take a neuropsychological exam at some point.

Several years ago, when I was grieving my sister’s death from frontotemporal dementia, my doctor suggested that a baseline exam of this sort might be a good idea.

I knew then I wouldn’t take him up on the offer. If and when my time with dementia comes, I’ll have to deal with it. Until then, I’d rather not know.