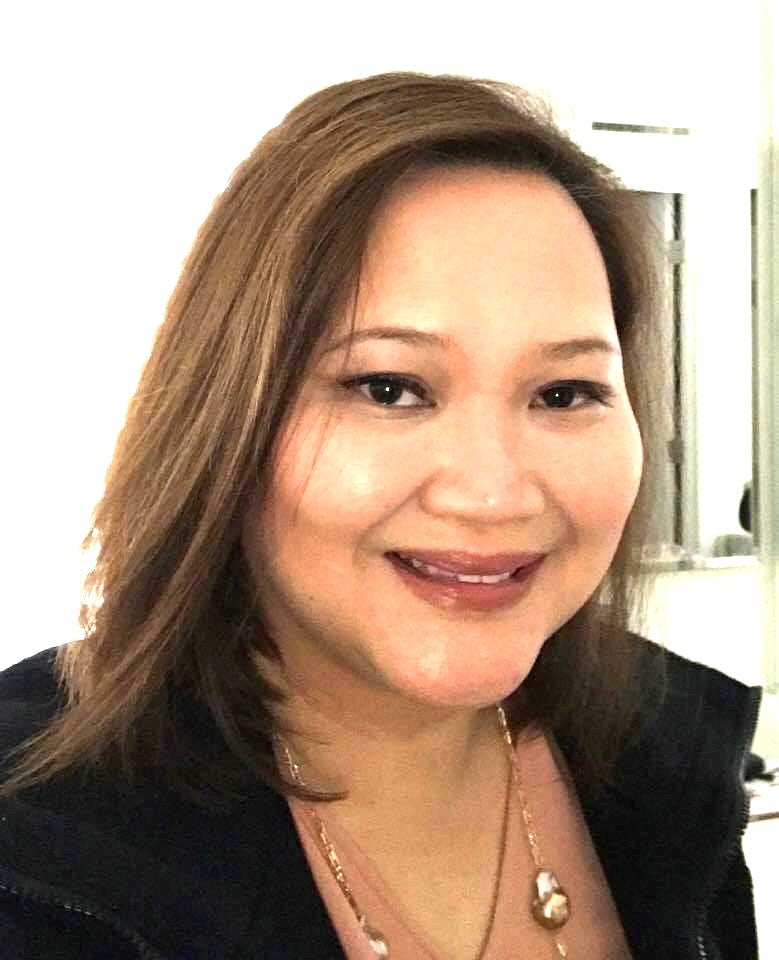 OAKLAND, California – California’s recent legalization of assisted suicide is making Filipinos, many of whom work in the health care industry, reflect on their religious beliefs.

Carson City hospice nurse practitioner Richard Yap fully embraces EOLA as he claims everybody is now given a chance to plan for his life till his last breath.

Meanwhile, U.S.-born Dr. Peter Matel confides that his religious beliefs dissuade him from prescribing medications that would kill his patients.

Some 111 individuals have died after ingesting prescribed aid-in-dying drugs by the end of 2016, reported, the California Department of Public Health (CDPH) pursuant to California’s End of Life Option Act (EOLA) that became effective on June 9 last year.

Most of the patients were 60 years of age or older, with 73 years as median age. Most were white, half of whom were female and the majority were receiving hospice and/or palliative care. 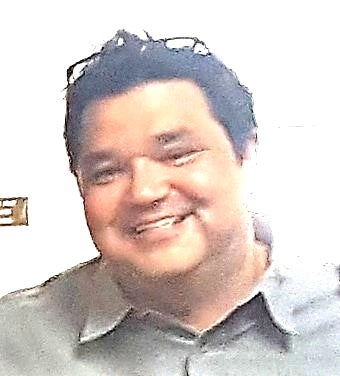 U.S.-born Dr. Peter Matel says his religious belief dissuades him from prescribing medications that would kill his patients. INQUIRER/Jun Nucum

Aside from California, the states of Colorado, Oregon, Vermont, Washington and District of Columbia, have so-called death with dignity statutes.

“I don’t want any invasive procedure. When I get to age 75, I want no major surgery as I am happy with what I have now, my whole physical body. I am not even afraid of dying as we all are bound to go,” Yap emphatically declares.

“The EOLA has given dignity to cancer patients because we listen to them and let them decide on the last days of their lives. In the hospice that I work at, both patients and their families are happier being pain-free as some of the procedures are not just ineffective, but are also painful even in their pockets,” Yap adds.

Yap also shared that he learned how not to be too attached with his dying patients as he makes families realize that death is merely a part of the cycle of life.

“No I am not emotionally affected because I believe that a person’s soul in death goes to his Supreme Being, by whatever name — God, Lord, Yahweh, Allah, Vishnu–, he calls his Creator. And that is something that I make my patients and their families realize and that should make them happy.”

Matel, to the contrary, insists: “I believe life is sacred so I will not aid in any way for someone’s death even though it is my patient’s choice to die. I will give him comfort but not prescribe medications that will allow him to kill himself. I cannot speak for other doctors though.”

Modesto, California Sutter Memorial Medical Center nurse Charina Gellaco-Quiambao is aware of EOLA, which is a consideration in palliative care in their facility. 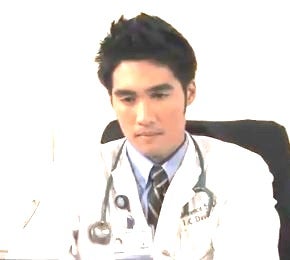 Anesthesiologist Lawrence Lipana, who calls himself a Christian, is neither in favor of or against the end-of-life act (EOLA). INQUIRER/Jun Nucum

“Advance directives from patients/patients’ families as well as Physician Orders for Life-Sustaining Treatment (POLST) are required for EOLA. This is signed by physician telling all the ancillaries whether patient is full code or do not resuscitate (DNR),” Gellaco-Quiambao elaborates. “We don’t have a choice but to follow, and I don’t think it’s against my religious beliefs.”

However, policy analyst Kathi Hamlon of  the Patient Rights Council clarifies that “neither health care advance directives (such as the California Durable Power of Attorney for Health Care) nor the POLST form are required by the End of Life Option Act. In fact, it is against both federal and state laws to require patients to sign these documents.”

Moreover, Hamlon stresses that “health care providers (doctors, nurses, pharmacists, etc.) do have a choice whether or not to participate in a patient’s assisted suicide. The EOLA very specifically states that participation in a patient’s doctor-prescribed suicide is voluntary, not required.”

Gellaco-Quiambao shared: “I’ve seen patients suffer because their family does not want them to be on palliative care. I think the act is helping the patients more. It goes through tedious process anyway and not granted right away. I don’t know of anyone who does not believe in the act or palliative care. Most of doctors/nurses believe in the act. We always want comfort for our patients.”

Anesthesiologist Lawrence Lipana, who considers himself a Christian, says that although his specialization would not require him to take care of terminally ill patients, his religious faith dictates that everyone has to come to grips with the reality of death either through natural means or through the pill.

“For those who support this law, there are regulations to make sure physicians do not abuse it. I have definitely seen people suffer tremendously from terminal illness, so I’m glad to see that people are addressing death and surrounding it with the counseling, religious aids, physician support that patients need,” Lipana maintains.

“For those against the law, there are rights of conscience in all areas of medicine that protect both the patient and the physician. Much like patients can get a second opinion, doctors can also refer patients when they are unfamiliar with the treatment options.”

From a religious standpoint, St. Joseph Catholic Church in Pinole, California, Pastor Fr. Geoffrey Baraan, who attended a briefing on EOLA after it became law last year, remains adamant that the Catholic Church is always against the individual’s “so-called right-to-die option.” 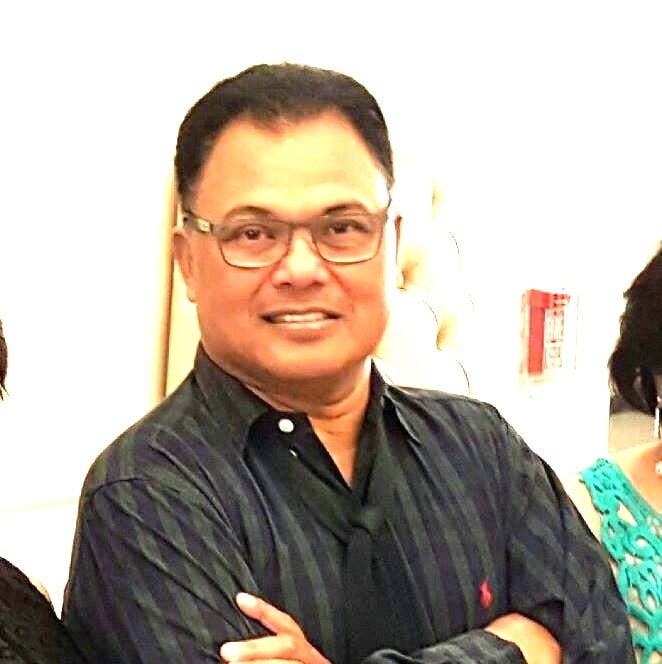 Carson City hospice nurse Richard Yap fully embraces the end-of-life act and would apply the same for himself should conditions present themselves. CONTRIBUTED

“A patient who is in great pain would want to end everything just to be relieved of the suffering and may avail of the option to end his/her life although he or she may not be rational at the time he/she exercises the end to life option,” Baraan argues.

“Someone who believes that the author of life is God and He will be the one to know and decide when to end it also submits that no one should take that place,” Baraan preaches.

“The Church position is that when that happens, you will do everything to help the patient by providing comfort care and love so as not to add to their suffering. Another position of the Church is not to assist them to die but assist them in dying. In the process, you allow natural death to take place. What the Church is against is making a very important crucial decision while the patient is in pain and therefore not in the best rational condition to make a sound and wise decision on a very important issue like ending one’s life. How can that then be death with dignity?”

Baraan contends that by following the law, it is no longer death with dignity but outright killing because it devalues life and promotes the culture of death. “It also somehow promotes the dictum that there would be no life unless there is a feeling of being beautiful and wonderful. Even in the midst of suffering, there has to be some amount of dignity and value to life. When someone is assisted to die, that is not dying with dignity. So if someone seeks my advice, I would dissuade him/her from doing that,” Baraan elucidates.

“The Church always fights for right to life and not right to death. More than half the Catholic-run hospitals in California would not participate in this end of life option. But Catholic doctors in other non-Catholic hospitals may opt to participate by making a decision depending on the condition of the patient.”

Pastor Benoni Silva-Netto of Daly City United Methodist Church explains that their principle, philosophy or theology about life is that “the Lord wants us to live life in abundance, meaning He want us to live the fullness of life. He concedes that if there is hope that a person can live life to the fullest, then all should be done to save his life.

“But there are situations because of terminal illness, the doctors cannot do anything anymore on illnesses like terminal cancer. And this law was supposedly crafted to be merciful to all involved both to the patient and to the family,” Silva- Netto states. 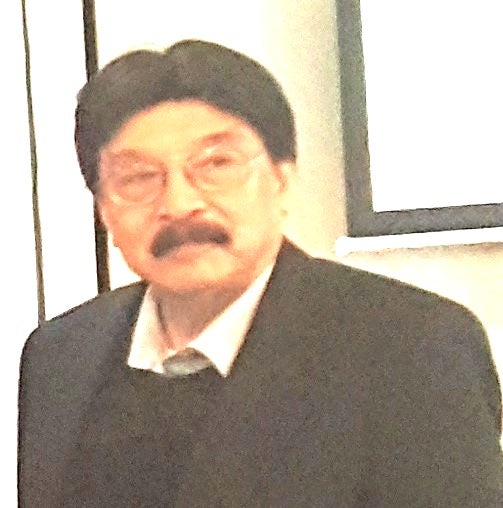 Pastor Benoni Silva-Netto of Daly City United Methodist Church states that “the Lord wants life to be lived to the fullest.” INQUIRER/Jun Nucum

“If you believe that the Lord has planned for you that you are not here to live forever, then you trust your life in the hands of the Lord. So why prolong your life unnecessarily? And we have the capacity through modern technology and medicine to prolong our agony.”

Silva-Netto also says that the patient’s intention when to end his life is not really a fast-track process as it has to be discussed among his family, the doctors, social workers, and the chaplain because one person’s decision by himself alone might be caused by depression, a feeling of hopelessness, among others.

“Doing it in the community could help determine if that person really is at the end of life. So if someone approaches me to ask for advice on end of life option, I will talk to the patient, assess the medical report, and will undergo the long process. We won’t do it irresponsibly. I will steer you to look at life more positively. But if the doctors definitely say the patient’s condition is such, from their experience, the patient only has six months to live and there is nothing more than can be done, then I will talk with family also and prepare them for the eventuality,” Silva-Netto discloses.

Silva-Netto explains that, as in the Roman Catholic Church, the Methodist Church regards life as precious and it will do all that it can to preserve it.

“But the end of life option is consistent with death with dignity if it is done responsibly and is sensitive to the situation and all options have been explored and there is no more hope,” Silva-Netto concludes.