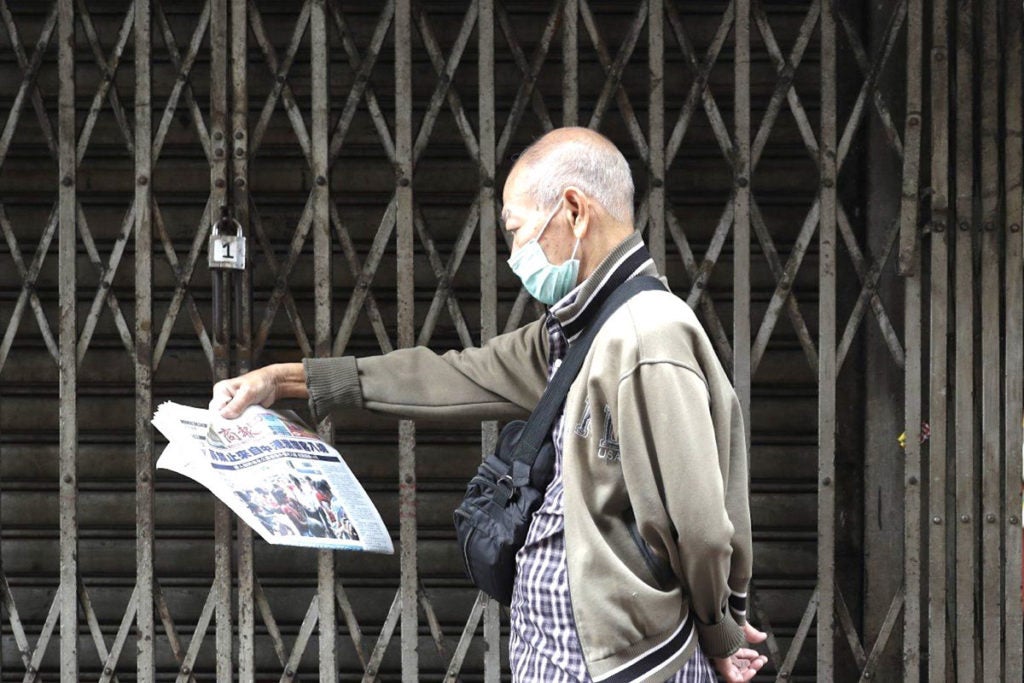 NEW YORK—About a week ago, at a news conference regarding the spread of the coronavirus, normally tough-talking President Duterte had this to say about the People’s Republic of China: “China has been kind to us, we can only also show the same favor to them. Stop this xenophobia thing.”

It was an admonition to his countrymen after the virus, originating in the Chinese city of Wuhan, claimed its first victim in the Philippines. Even after its emergence last December, Beijing only officially acknowledged it in late January, after the proverbial horse had been let out of the barn.

As of this writing, more than 900 deaths due to the virus have been confirmed, with approximately 37,000 infected, mostly in China. The highest one-day toll was last Sunday, with 97 deaths in China. There are cases of infected individuals in about a dozen other countries such as Japan, the United States, Thailand, and the Philippines. The death toll has surpassed that of the SARS epidemic which also originated in China and killed approximately 774 people between 2002 and 2003. (To put these deaths in perspective, however, according to the Centers for Disease Control, the casualties from influenza have so far this year amounted to 1,210 just in the United States.)

President Duterte is right to call out those who use the spread of the virus as a pretext to stoke anti-Chinese xenophobia—as a Chinese diplomat pointed out, the virus is the enemy, not the Chinese themselves. In the United States, fear of the virus revives stereotypical images of the alien horde, the yellow peril, as threats to the country’s sanctity and well-being. The Chinese in effect, as with other Asians, were seen as a virus. The 1882 Chinese Exclusion Act was a bigoted attempt to address this irrational fear and serves as a historical antecedent to the Trump’s administration own proclaimed xenophobia.

Duterte has also soft-pedalled China’s delayed response to the virus, by stating that the virus “could always incubate in some other place.” Theoretically, yes, but in fact it incubated in a Chinese city, and Beijing, rather than take immediate measures to blunt its spread and worried more about its image, vilified Dr. Li Wenliang, the 34-year-old Chinese doctor who spoke out about the rising cases of pneumonia in an online chat room early on. The physician was forced by the local police to retract his statements. On February 7, the good doctor died, claimed by the virus. He is now being hailed as a hero, even by those who normally would side with the authorities.

For Duterte to depict Xi Jinping’s authoritarian government as being “kind” to the Philippines is laughable. Beijing’s claim to virtually all of the South China Sea (West Philippine Sea, from the Philippine perspective) is an affront to the sovereignty of all the countries whose coastal waters and economic zones—recognized by international law as properly theirs—lie within the nine-dash line Beijing keeps pushing as an extension of its own dominion.

Erecting military installations on islands that form part of Philippine maritime territory; creating artificial islands to be weaponized; exploring the Bentham Rise on the Pacific coast of the Philippines; ramming a Philippine fishing vessel well within Philippine waters—how are these acts of kindness? Only a masochist would categorize these as benevolent deeds.        Malacañang keeps worrying about provoking China, in its eagerness to get loans and investment from the world’s second-largest economy. The Duterte administration had, until the outbreak of the virus, allowed Chinese nationals to fly to the Philippines and only apply for visas upon arrival, which are virtually guaranteed. One reason is economics: Chinese visitors made up 22% of the 7.5 million visitors to the country between January and November of 2019, making China the second-highest nation of origin for tourism. This easy, unheard-of access to our shores is undoubtedly the main reason the coronavirus has surfaced in the country.

In the eyes of Duterte, China can do no wrong. He has bent over backwards so much that he has rendered himself supine.

Those wishing to understand the relationship between Malacañang and Beijing need only keep this analogy in mind: As Trump is to Putin, so is Digong to Xi Jinping. What hold does the latter have over the former? What that may be demands much-needed and well-documented investigation, from campaign financing to the drug trade.

This much is clear: The Republic of the Philippines under a supposedly nationalist, independent-minded leader has in effect become a vassal state of the People’s Republic.

With friends like China, who needs enemies? Copyright L.H. Francia 2020

LATEST
World’s largest jazz festival in Montreal canceled due to pandemic
Cebu mayors want clear guidelines on gov’t financial aid
Top Cebu doctor urges residents not to discriminate vs health workers
European industry retools to fight coronavirus
DOH: Of 19,585 tested for COVID-19, 83% turned out negative
MOST READ
usa Fil-Ams braving frontlines against coronavirus
usa PH-born Filipina is state of Washington’s top adviser on COVID-19
usa Priests as COVID-19 frontliners
usa A day in the life, in the Age of COVID-19, Part 1
usa The power of lying
usa How we’re are coping with the pandemic across the globe
usa Loss of smell, taste, might signal pandemic virus infection