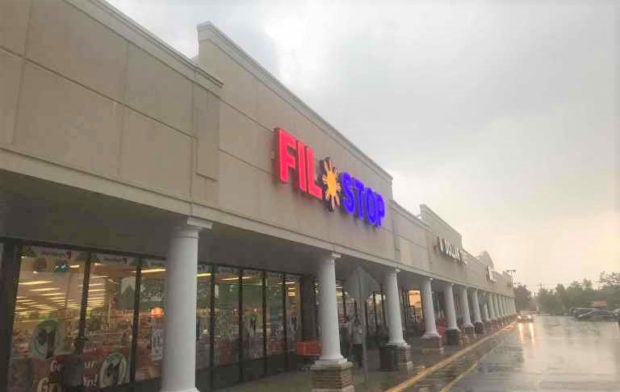 NEW YORK — An established Filipino grocery store is closing down after 12 years in business. FilStop announced it is closing its Clifton, New Jersey location, which opened just five months ago.

Before that, it shut down its e-commerce site Filstop.com. Plans to continue operating its original store on Newark Avenue, Jersey City remain up in the air.

“After 12 years of serving our amazing and loyal customers, it saddens me to announce that our site, FilStop.com, is no longer in operation as of December 31, 2019,” announced owner Erwin Santos.

“We had closed our Clifton location. We know it had just opened but was not working for us unfortunately,” came a second announcement posted on Facebook.

Santos comes from the entrepreneurial Aguila family from San Jose, Batangas who set up grocery stores in New York and New Jersey more than four decades ago.  Phil-Am Food flourished it later branched out into the restaurant business, a bakery, a handicraft store, and became a wholesale distributor serving smaller retailers in Pennsylvania, New York, and New Jersey. The family has won numerous immigrant awards for the food empire it has built.

Santos broke away from the family enterprise – founded by his mother, her sisters and their spouses — and started his own. He called it FilStop and made Newark its primary location. He made sure he had an online store, FilStop.com, to reinforce the storefront. The family store in Newark became too cramped for its expanding business. Santos, together with business partner Guilly Alquiros, opened a second store at a much bigger location in Clifton, N.J. FilStop “superstore” had its grand opening on August 22, 2019.

In an interview with The FilAm in 2017, Santos recalled growing up in the family’s retail business and learning the ropes at an early age. He was about 6 years old when he was helping repack rice or monggo beans in smaller bags or unloading containers he could carry. “I was being babysat, not being made to work, in the family business. My father made it fun,” he said.

Alquiros comes from a family of restaurateurs in the Philippines. They own the  Kapitan Gimmo seafood restaurant in Quezon City as well as  Giligan’s chain of restaurants with about a hundred locations.

Customers were shocked to hear that FilStop.com was shuttering. This was followed by news of the closing of the 16,000-sq. m.-Clifton location. The FilAm learned that slow foot traffic in Clifton was a disappointment to the owners. Slow traffic, high rent. Not to mention the colossal cost of converting the former Halloween shop into a big-box store with two commercial kitchens, rows and rows of shelves, and a dining area. 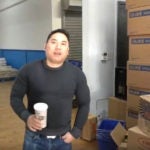 Owner Erwin Santos takes viewers on a tour of the Clifton warehouse in a FilStop video. THE FILAM

FilStop is currently having a 40 percent sale on all items at the Newark store whose future is still unknown.

“Thank you everyone for the support over the years. I know everyone has been hearing many different things about what is happening. Yes, we are still open but this may be our last week. We are not sure yet though…”