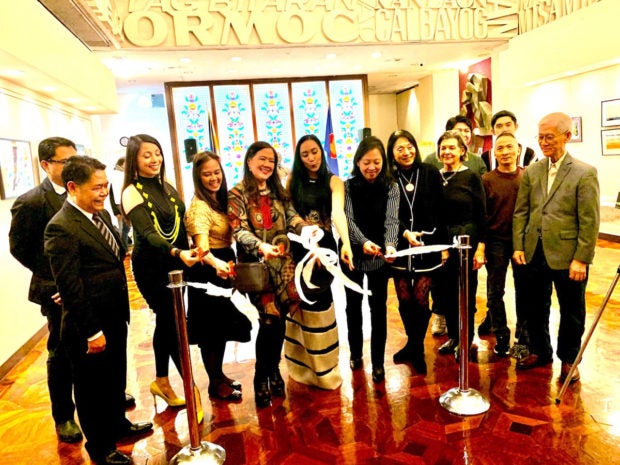 NEW YORK — When the Philippine Consul General of New York called for help in the Mindanao earthquake relief efforts, several non-profit groups came together in response.

A net amount of $5,500 was collected for the rebuilding classrooms for Mindanao schoolchildren,  during the 31st nine-day Annual Simbang Gabi last December, held under the leadership of Fr. Patrick Longalong, Consul Arman Talbo and Cultural Attache Beverly Pellosis.

Soon after the holidays, on January 16, Filipino American artists joined hands once again to donate to a silent auction various pieces of paintings for the Mindanao Indigenous People Youth Organization, one of the groups that appealed to Consul General Claro Cristobal for help in 2019.

Organized by Eagle Eye Charities, Inc., an IRC 501(c ) (3) tax-exempt non-profit corporation registered in New York, entertainers came forward to donate their time and talent, including the young diva singer  Miss Republic of the Philippines 2020 Excelsa De Jesus, The Band of Brothers and DirtyD all-American band, managed by artist Joel Francisco. Dubbed as “A Li’l Night of Art & Music,” the event was a successful demonstration of Filipino American collaboration. 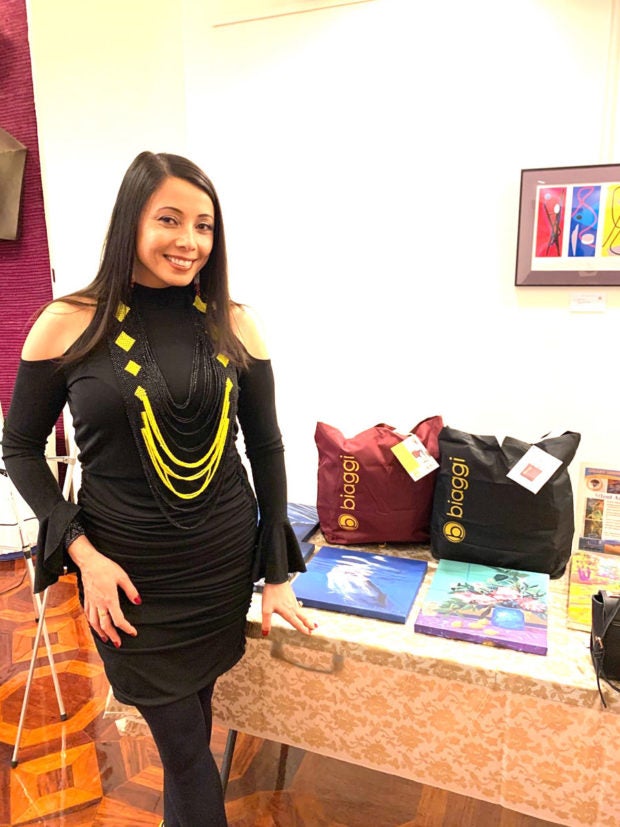 Throughout the night, the guests were entertained by covers of songs by The Beatles and other rock n’ roll legends by the brothers Jose “Pepe,” Gregorio “JJ” and Juan Carlos “JC,”  all surnamed Lozano and all graduates of La Salle Greenhills, Manila.

They were joined by The DirtyD Band with Zoe Xandra, Petros Siligkounas and Nicholas DiMaria. Both bands will be performing on March 21, 2020 at American Trash Bar, First Avenue corner 72nd Street, Manhattan.

The highlight of the night was a raffle by guest and sponsor Fil-British actress Rachel Grant, best known as a Bond girl for her role in the “Die Another Day” James Bond sequel. She gave away two sets of her famous luggage by Biaggi, a company owned by Shark Tank winner Stephen Hersh, whom she recently married. The items were won by newly appointed Director of Philippine Department of Tourism NY Francisco Lardizabal and Ateneo Alumni past president Cecile Sison. 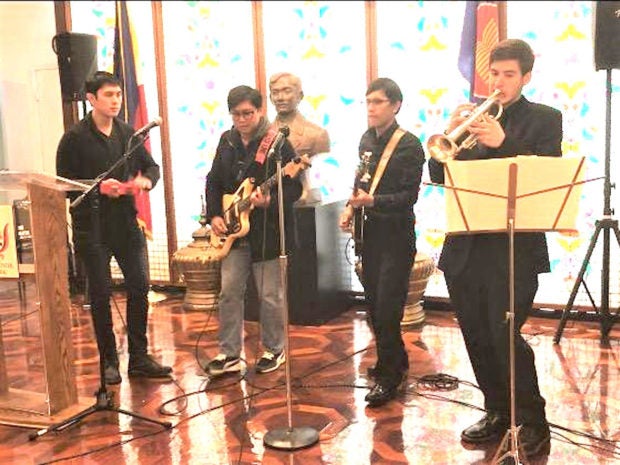 LATEST
Distressing rise in dengue cases
Fame and fortune in our lives
History shows the truth
Naia: No Jewel, but a diamond in the rough
How women lead in the ‘new normal’

MOST READ
usa PH nurses being readied for a Canada province’s emergency rooms
usa Kim Kardashian gets $200K monthly child support divorce settlement from Ye
usa Chinese Massage: Meaning Explained
usa Ninoy Aquino and my cousin Stephen – political and personal tragedies
usa Best Christmas Appetizers
usa Study finds Fil-Ams to be the most obese Asian subgroup
usa How to Find Out Who You Were In Your Past Life
DID YOU KNOW?
25 Best Deals for the Holidays - Gift Guide 2022
Best Crystals for Protection Against Negative Energy
25 Best Holiday Deals: Top Brands to Shop This Holiday Season
Best Barbie Dollhouses 2022
Best Anime Mouse Pad 2022
5 Ways to Hack the Holidays with the Best Cash Back App
4 of the Best Holiday Gifts for Coffee Lovers