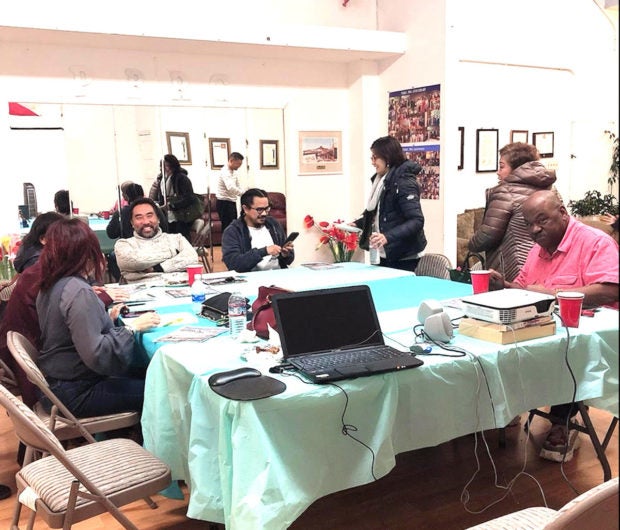 DALY CITY, California — Taal Volcano is mega miles from the United States, but its recent eruption, quakes and consequences on area residents have shaken Filipinos across the Pacific in many ways, stirring empathy, the often-touted bayanihan spirit, and gratitude.

Intergovernmental organization employee Pat Vicente is safe at home now in New York, after spending an extended vacation forced by the Batangas calamity. She was among hundreds of “balikbayan” ending their holiday vacation January 12 at the Ninoy Aquino International Airport when they learned all flights were cancelled due to the toxic ash fall.

Five days later she recalled the frenzy at the airport and the mixed feelings it triggered.

“I noticed…that the ground staff were in a huddle and sure enough that’s when they announced the airport closures and flight cancellations. The ground staff was pretty much riddled with questions by a bunch of us. She was pretty composed and as much as she could answer all questions but was not clear on next steps. She kept saying the manager was talking to passengers on a flight ahead of us (to Vancouver) and then he would come over and answer our questions.”

The manager never did get to her group, said Vicente, who has traveled throughout the planet on various airlines. 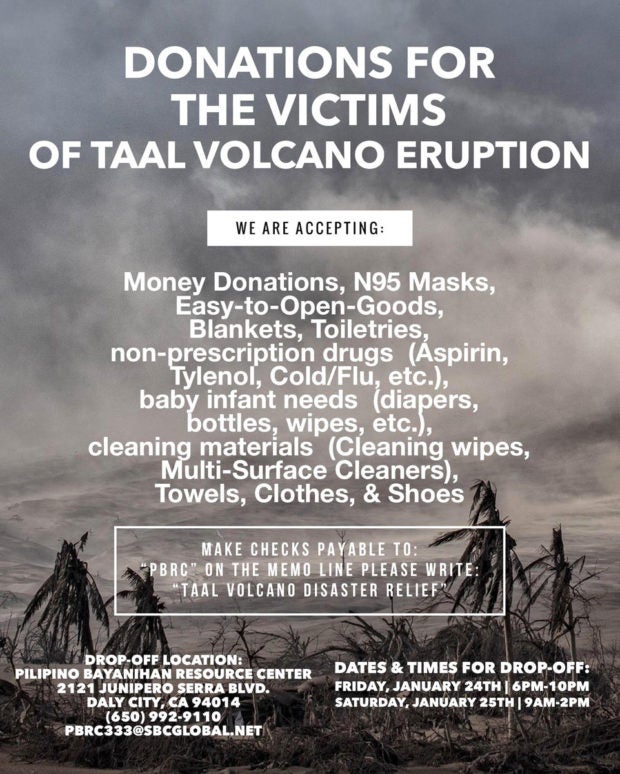 Donors are urged to drop off, email or mail their check or in-kind donations Jan. 24-25 at PBRC.

“What was made clear was there was no confirmed replacement flight, no hotel accommodations and the onus was on us – the passengers – to call the ticketing office to re-book. I was unsure of what to do and asked random passengers what they planned to do. Most seemed resigned, patient, and puzzled.”

Frustrated like most travelers stranded multiple hours at the airport in Manila, the Queens resident had reason to be grateful nevertheless.

“I was lucky enough to have a home nearby to go to. Some people not so much. They came to the airport from outer cities or provinces and didn’t have any immediate places to stay. Others clearly had to get back to work sooner. I was thinking about their lost livelihood.” 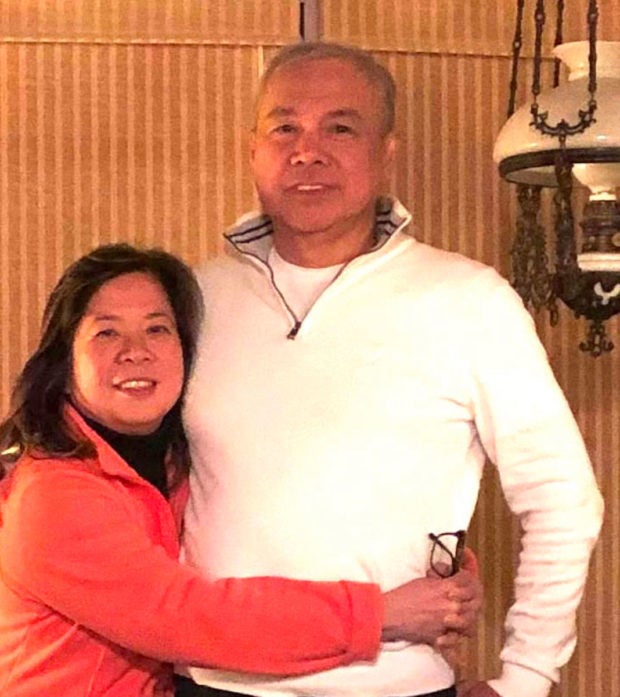 Vicente’s 24-day trip stretched to nearly a month, the unexpected last days focused on hour-long phone calls to Philippine Airlines for information on the next available flights.

“I admit I was pretty frustrated and yes, mad about the whole thing. I was nowhere near as patient or resigned as my kababayans,” she said, betraying her East Coast sensibilities as she recalled her efforts to get information. “It’s pretty remarkable. People were just waiting patiently for news updates in the gate area.”

Hearing of ash raining down on relatives’ homes as far from ground zero as Parañaque and San Juan City, her thoughts veered toward residents of Taal and vicinity, their lost homes and livelihood, and the longer-term effects of the eruption on the environment.

They had unknowingly skipped the chaos by a handful days and were still recovering from jetlag after their annual three-week holiday visit with family in the Philippines when Nannette learned that residents of her hometown Lemery were asked to evacuate to safety. Luckily the clinical researcher and her sister Nuzette Axalan have a second home in Quezon City, where the latter’s children go to school.

“They are OK but experiencing ash fall,” Nepomuceno replied with three emojis of hands in prayer to friends inquiring by text about her family.

“Lemery is locked down and severely affected,” she later sent an update. “It will take months if not years for our town to recover.”

They appreciated hearing of their City Council members taking the lead in response to the plight of residents around Taal, which draws 2,000 visitors a year. Reports say 30,000 people have been evacuated. 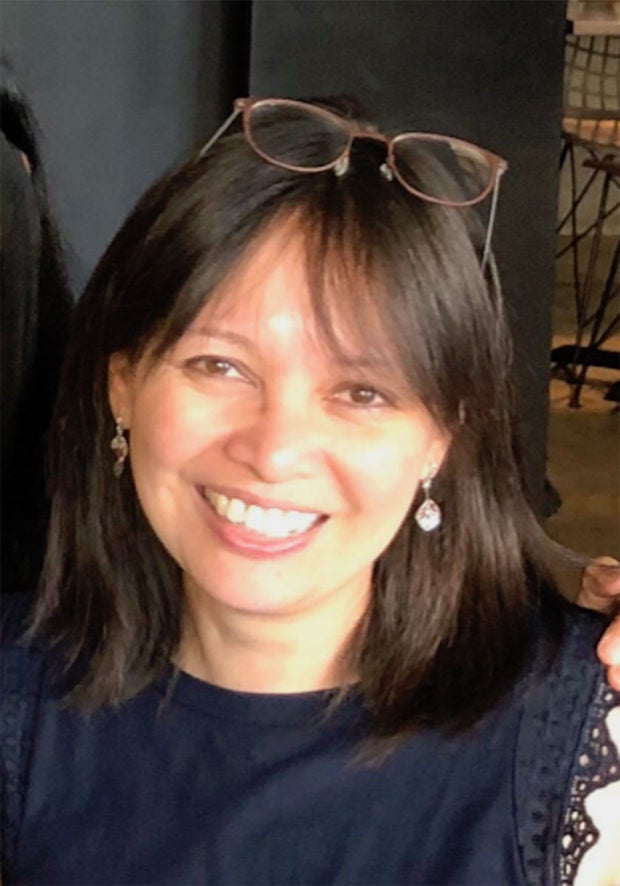 “Reports of displacement, sickness, hunger, and suffering have once again called us to
take action,” Buenaventura told Inquirer.net. “The situation is desperate and the need great. The most important and expeditious donation needed is money. Having the financial support will allow us to quickly buy the N95 masks, water, and medicines needed for immediate use.”

Buenaventura made a special appeal:  “To that end, we are asking for monetary donations for this relief effort. We pledge that every dollar contributed will go directly to the people and community affected. You have our promise and commitment, but most importantly our gratitude.” 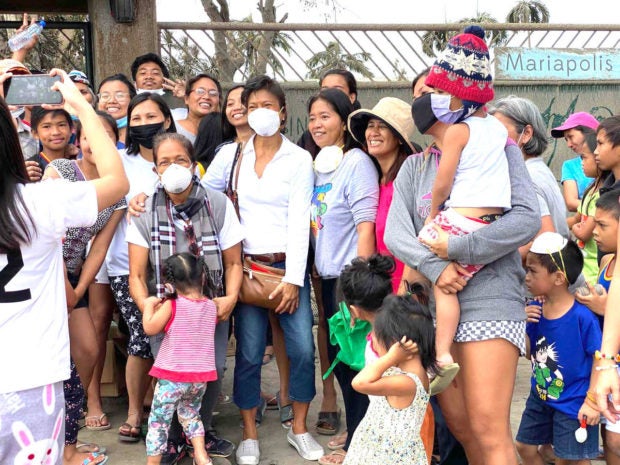 Retired senior Vice President for sales with the Associated Press Maria Nimfa Fallarme Ronson made the Philippines her home base in 2016 after living in Hong Kong for over three decades. The British subject flies all over the world for meetings with business associates as partner in her husband Terence Ronson’s hospitality consultancy.

Their hilltop home in an enclave called Ayala Westgrove Heights in Silang, Cavite, once overlooked a verdant expanse of indigenous vegetation. Their view is now a sea of gray from ash blown northward from Taal.

After recruiting workers from their village social media to sweep ash from their roof, the Ronsons and their neighbors turned their attention to town folk dispersed and suddenly deprived. Maria Nimfa’s outreach underscored the true meaning of a common tradition. 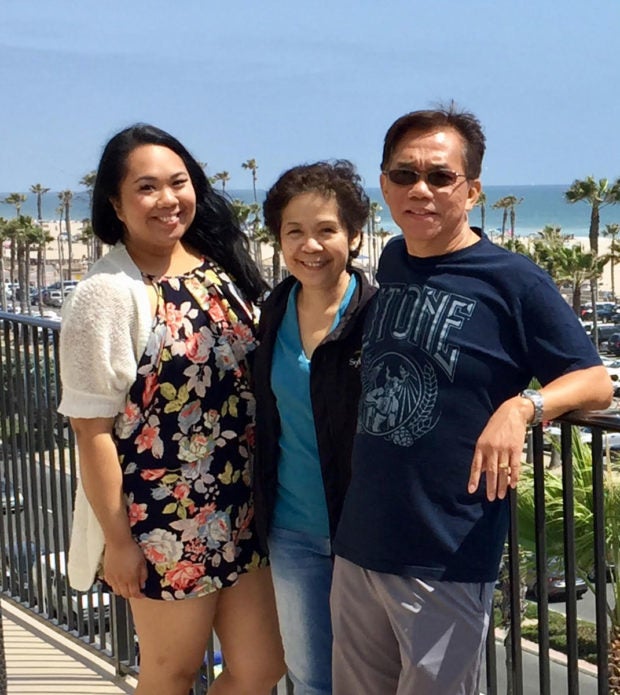 “I’ve lived overseas for 36 years and had an opportunity to catch up intimately with former classmates only recently – for the 45th Maryknoll College homecoming and the forthcoming 50th reunion of STCQC. Little did I realize how precious these connections would be, until Taal Volcano threw a tantrum and wreaked havoc on those living near its vicinity,” Ronson’s flexed her reporter muscles.

“My kasambahay who lives in Bagong Silang, Tagaytay, tearfully said the ashes from the eruption had all but killed the tourism industry in this summer haven and the means of livelihood of most from the barangay had ceased. Electricity and water supply had also been cut off after Sunday’s eruption. They were desperate,” she shared on Instagram.

“So I said I’ll help ferry bottles of water for her family. Then a Westgrove resident asked if I was involved in any of the relief efforts for the victims of the eruption. And what was intended to be a small personal relief effort grew.”

Ronson received more bottled water from Maryknoller Maripet Cabreros-Baldemor, who visits one sister in Los Angeles and another in New York at least once a year.

Los Angeles-based major international law firm legal secretary Elizabeth Sitcharungsi had been following plans for the wedding of her niece Andrea de Leon to Alexis Berganzo, a French national working in Manila. For their February 8 nuptials, the couple had just confirmed reservations at a resort in Nasugbu, a popular haven for beach lovers some 50 kilometers from the angry volcano.

Sitcharungsi, who was 9 years old during Taal’s cataclysmic blast in 1965, expressed relief to hear that the volcano has calmed down at press time.

“I’m praying that the feared eruption does not occur,” she told Inquirer.net. “I pray the young couple not have to stress over an alternative site and start their union happily. To be sure, I’ve sent a present so they know their loved ones in California are thinking of them.”

The catastrophe has displaced hundreds, shuttered businesses, devastated crops and halted livelihood in parts of Batangas, Cavite and Laguna, the tourist belt south of Manila on Luzon Island.

The damage to agriculture alone to date is about $1.5 million, according to the National Disaster Risk Reduction and Management Council.

Consul Vanessa Bago-Leona of Philippine consulate in San Francisco said the public may directly donate to non-government and nonprofit organizations.

LATEST
Pope Francis urges courage as global death toll from COVID-19 tops 65,000
WATCH: Dalgona coffee is the drink of quarantine 2020
Tips on how to eat healthily while stuck at home under a lockdown
WATCH: What happens when flight attendants work from home
CEGP condemns alleged ‘red-tagging’ of campus journalist
MOST READ
usa Fil-Ams braving frontlines against coronavirus
usa PH-born Filipina is state of Washington’s top adviser on COVID-19
usa Priests as COVID-19 frontliners
usa A day in the life, in the Age of COVID-19, Part 1
usa The power of lying
usa How we’re are coping with the pandemic across the globe
usa Loss of smell, taste, might signal pandemic virus infection