What exactly did Vilma Bautista — Imelda’s ex-aide — do? 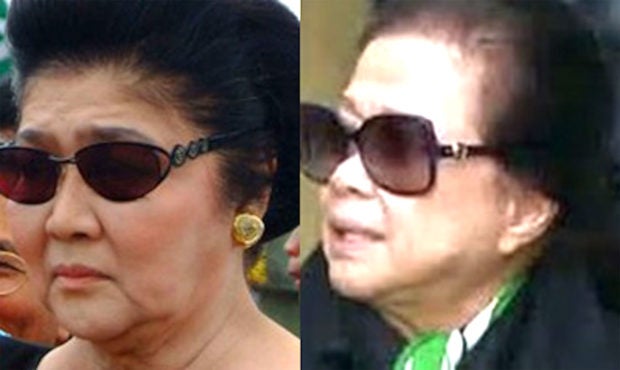 Vilma Bautista has had an enduring friendship with Imelda Marcos. FILE PHOTOS

NEW YORK — Her name is spoken of as if in a confidential whisper by some Fil-Ams who know her — Filipinos with means, leaders of the community. There is nothing nouveau riche about knowing Vilma Hernandez Bautista.

“Yeah, kilala ko siya (I know her),” shared a Manhattan woman who said their friendship went way back in the ‘70s.

It was a time when the Marcoses ruled as dictators, and Vilma held the title of first secretary at the Philippine Mission to the United Nations. In truth and in fact, she was in New York fronting for Imelda Marcos – paying her bills, buying buildings and jewelry, a “personal shopper,” according to court documents.

That was the consensus of people who spoke to The FilAm anonymously after the New York Post reported in its January 15 issue that “New York’s No. 2 tax cheat is former aide to ex-first lady of Philippines.”

Vilma stayed behind in New York when the Marcoses were driven into exile in Hawaii in the aftermath of the 1986 People Power revolt. She lived in a lush apartment surrounded by all the nice things her wealth could buy. Hers or someone else’s? Vilma maintained that the Marcoses were generous friends who gave her so much, including art works.

In 2011, when N.Y. Assistant District Attorney Edward Starishevsky interviewed Vilma in connection with a “multimillion dollar financial transaction,” he was welcomed into her residence at 188 East 64th Street, Apt. 703, according to The Smoking Gun website. There, she answered questions, looked for missing checks, and generally cooperated with the investigation. 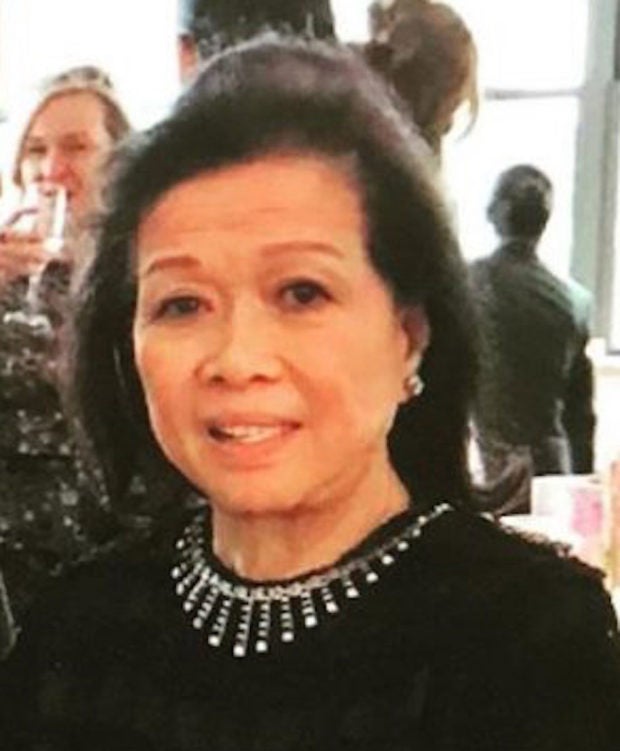 Vilma at a theater production opening. THE FILAM

She was indicted for tax fraud in 2012 and recently released after serving only two years at the Bedford Hills Correctional Facility in Westchester. Her health was the reason for a shortened term. Her lawyer said Vilma may be small and frail, but “she is a fighter.”

I have seen her in a couple of parties, one at a wedding and another time at a Philippine Independence Day Gala at Cipriani. She was with a companion, did not mingle much, and remained seated speaking only to her companion. She would acknowledge friends who stopped to say “hello” and, from what I’ve observed no one lingered unnecessarily. She was gracious enough to agree to selfie requests. I and a couple of reporters had selfies taken with her. We actually requested an interview, a request that didn’t go very far.

These encounters happened in the years between her indictment in 2012 and her incarceration in 2017.  I didn’t see her with a cane and she didn’t appear to be slowed down by age. She looked very well, dressed sharply, and wore her scalloped hair down to her shoulders.

Vilma and the masters

The sale of Claude Monet’s “Water-Lily Pond” painting was at the center of the case against Vilma.

The New York District Attorney’s Office’s said she conspired with two nephews to sell the famous oil masterpiece for $32 million and did not pay taxes in the amount of $14.2 million. The ownership of the Monet remains ambiguous.

Vilma maintains she is the owner of the painting, and that it was a gift from the Marcoses. The Philippine government disputes that, saying the Monet and other expensive art pieces were acquired by the despotic family using ill-gotten wealth and therefore subject to confiscation by the state. Human rights victims of the Marcoses are staking their claim over the proceeds.

Is Vilma the devoted friend willing to go down out of a sense of loyalty? Or was she hoping to pull off one of the most audacious scams in New York history?