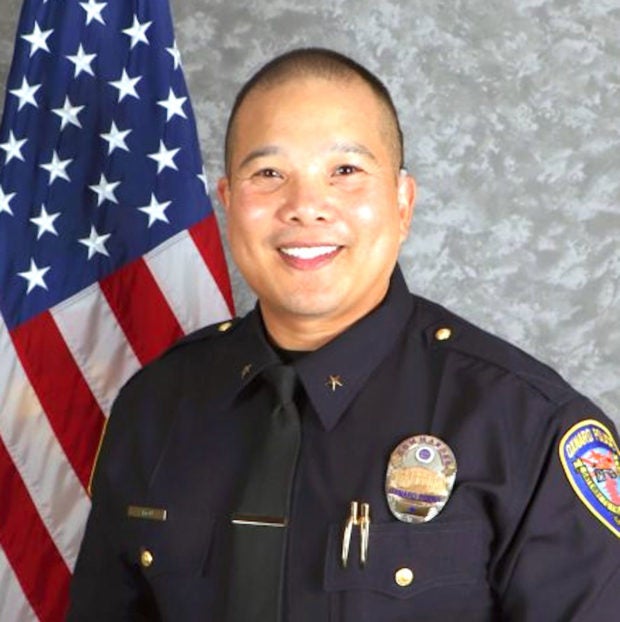 Marc Amon, who has been with the Oxnard Police Department for the past 24 years, moved up the ranks on Saturday, January 11. He will be in charge of the East District of the city.

He oversaw the department’s crime reduction unit in his previous post as a sergeant.

A lifelong resident of Oxnard, Amon began his career with the police department in 1996 as a patrol officer after seeing family friends become officers across Southern California.

“I had no idea what I wanted to do as a cop but I loved the idea of becoming one of the good guys in my hometown,” Amon told the Asian Journal in an interview.

“I find it funny that a lot of people are apprehensive about being a police officer where they grew up but I always ask, ‘Why would you ever want to do this anywhere else?’ This is where your family and friends live. Aren’t they the ones you want to protect and serve the most?’”

He has been in various roles since joining, such as SWAT operator, field training officer, trauma support team member and hostage negotiator. He was promoted to senior officer in 2008 and then sergeant a year after, a position he’s held before his new role as commander.

Amon oversaw the neighborhood policing team and field training program before moving to the personnel and training unit and then the crime reduction unit. Under his leadership, the recruitment team sent the largest classes to the police academy in the department’s history, according to the OPD.

About 60 miles north of Los Angeles, Oxnard is home to over 206,000 residents, with Filipinos being the majority Asian American group at 5% of the population, according to the last census. There are about 25,000 Fil-Ams overall in Ventura County.

“Being a commander in my city will hopefully strengthen my department’s relationship with the Fil-Am community. I hope they feel a little more connected and develop more trust in how [the] OPD is continuously trying to work with everyone to make Oxnard a better place to live,” Amon said.

“Filipinos, Asians, and Pacific Islanders don’t typically gravitate toward law enforcement or public safety as career options, so it is up to those of us already serving within to recruit and mentor the next generation,” Amon noted.

“Policing is a truly noble profession and it will always play a major role in society. Filipino and Asian communities are growing rapidly in many parts of the country and just like every other culture, we need proportionate leadership representation to shape those communities,” Amon said.