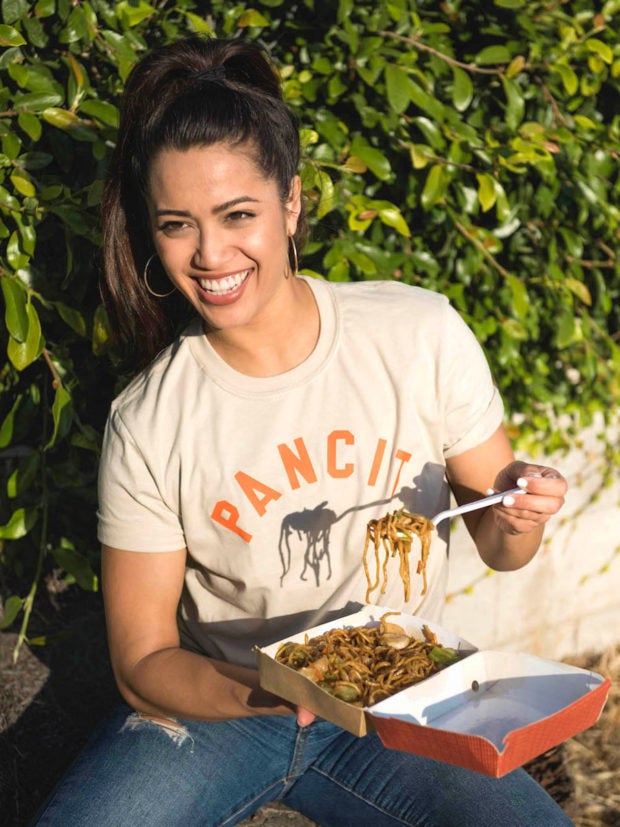 Jackie Ortiz launched clothing line Sarap Tees in 2019 to celebrate Filipino food and cuisine. The pancit shirt is one of five products in the line. NICK AGRO

LOS ANGELES — When Jackie Ortiz was in elementary school, she often brought some of her favorite Filipino dishes for lunch.

Some days she’d have day-old sinigang that her grandmother cooked. On other days, she’d bring nilaga or caldereta. But while she enjoyed eating that food from home, her peers constantly questioned why her meals smelled the way they did and why she didn’t bring a baloney sandwich like everyone else.

“That was scarring for me as a kid growing up, and I started to become really embarrassed and ashamed of food that I love and was raised on,” she said. 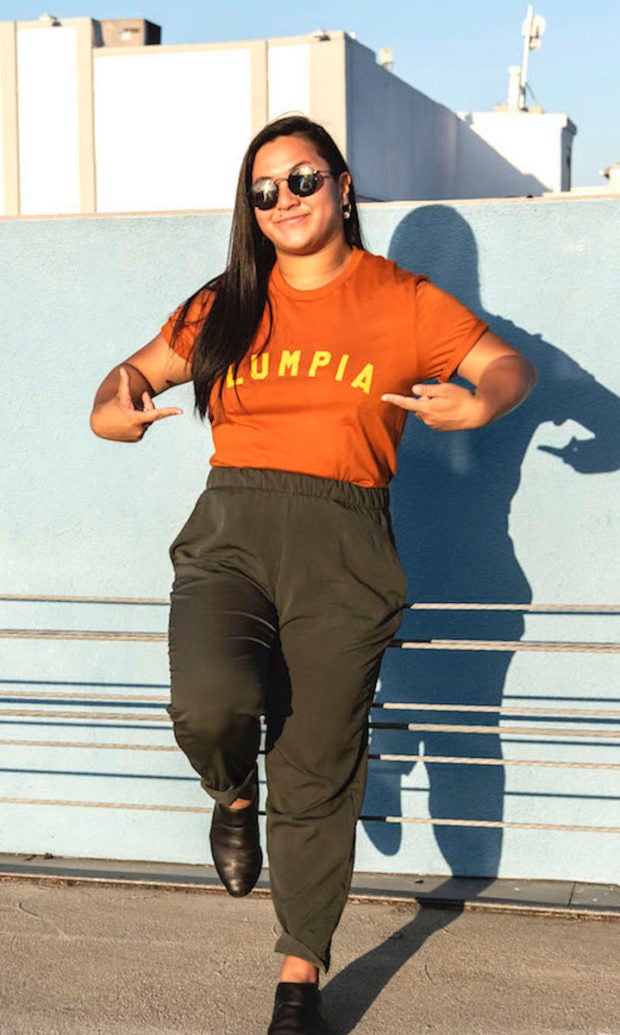 Sarap Tees is a clothing line that features a simple collegiate-inspired design that highlights Filipino food and cuisine. NICK AGRO

Things have changed drastically since then for Ortiz.

She had grown up in a suburb outside of Chicago where she recalled encountering only a handful of Filipinos. When she moved to Los Angeles in 2014, it was jarring for her to see a thriving Filipino American community where the culture was rich, she said. And it was in the city where she launched a clothing line called Sarap Tees that celebrates Filipino food and cuisine.

“It was my intent to create the line and think of it as a conversation starter,” she said. “You wear that around and you’re a little bit of a walking billboard, but it’s more so to facilitate a conversation for people to say, ‘Hey, what does your T-shirt say?’” The idea for Sarap Tees came to Ortiz early last year while she was walking around Old Town Pasadena in Southern California, talking excitedly to her friend about her favorite fruit – calamansi.

Her friend, however, hadn’t heard of calamansi before and didn’t share Ortiz’s enthusiasm, she said.

“I’m like, you know what, if I could, I would wear that on a T-shirt,” she told her friend. “Just ‘calamansi’ so people would come up to me and be like, ‘What is this fruit?’ And I’d be like, ‘Let me tell you what’s up about this fruit. It’s best fruit in the world.’ I love calamansi so much.”

About five months later, Ortiz ended up making the shirt she had mentioned to her friend. She printed the word ‘calamansi’ in green on a light yellow T-shirt, and it became the first Sarap Tees product.

Sarap Tees currently has five items that feature staples in Filipino cuisine. In addition to the calamansi T-shirt, there are pancit and lumpia T-shirts, a halo-halo crewneck and an ube tank top. The line has a collegiate design look, Ortiz noted, with just the name of the food printed on the shirt and nothing else. The ube tank is one of five products under the Sarap Tees clothing line, created by Fil-Am Jackie Ortiz, a transplant from Illinois. NICK AGRO

“I felt like, in the same way a college student would probably represent their university or their school, I wanted the same for the Filipino foods that raised me and made me the person that I am today,” she said. “I didn’t want it to be frilly. I didn’t want there to be any catch phrases on it.”

Ortiz said she plans to release products in the summer that will feature dinuguan, silog and taho.

The line has also began releasing kids’ sizes, and Ortiz hopes to expand it to include hats, totes and sweatpants.

In highlighting Filipino food and cuisine through Sarap Tees, Ortiz said the line has served as an avenue for her to reclaim her Filipino heritage.

“It’s really opening a gateway towards education on Filipino cuisine, but also just wearing it with pride and giving Filipino food its long overdue celebration,” she said.