Why UP Diliman needs a leader like Fidel Nemenzo 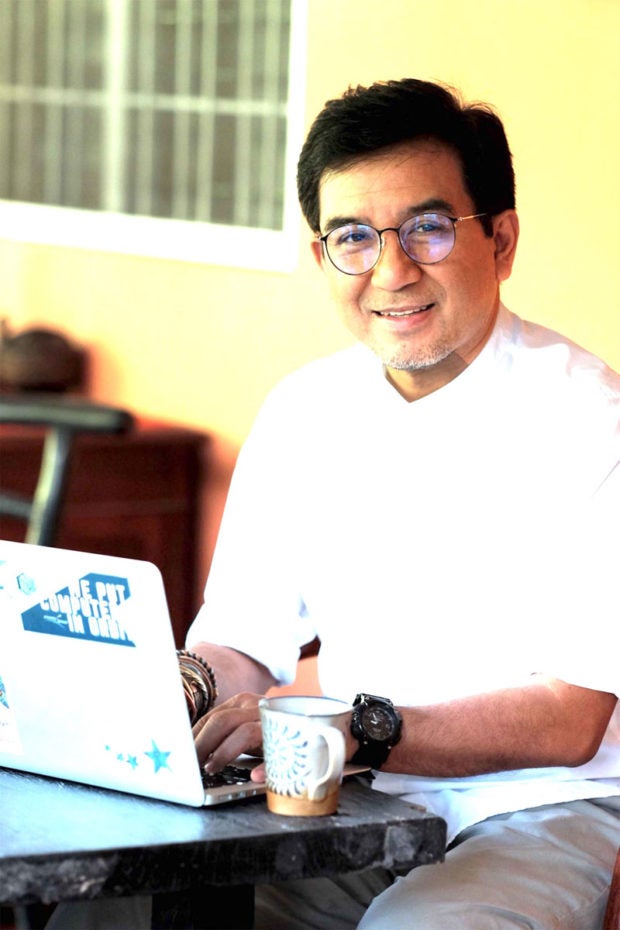 Mathematician Fidel Nemenzo is a candidate for the chancellorship of the University of the Philippines in Diliman. LIAN NEMENZO-HERNANDEZ

Fidel Nemenzo is, in some ways, the typical activist-intellectual from UP Diliman. And in other ways, he is not.

I remember him as an integral part of the Diliman scene when we were students in the ‘80s. It’s not just because that’s where he grew up and where his father, Professor Francisco “Dodong” Nemenzo, is a respected teacher and former university president.

It was more than that.

Fidel literally became a regular feature of the UP campus back then. On many afternoons, one could see him on the academic circle, the tree lined road at the heart of the beautiful campus. Running.

He was probably the most regular, dedicated Diliman runner of our time. He certainly was one of the most health-conscious and physically fit at a time when many student activists (myself included) were regular, dedicated smokers (and drinkers) who didn’t care much about staying fit.

But Fidel did. And that probably saved his life.

During one of the violent confrontations we had with the Marcos dictatorship, being fit paid off for Fidel. This happened during the September 1984 demonstration at the Quezon Rotonda where we were confronted by the dictator’s security forces. As tensions escalated, the security forces opened fire. Fidel was among those who got hit.

I remember a conversation with a fellow chain-smoking UP activist in which we agreed: “If it had been either one of us who got shot, we’d be dead by now.” But not a disciplined runner like Fidel.

He survived. And he stayed on in  Diliman, becoming a respected professor, a university official, a leader. He was even known as a performer. Fidel was one of the original members of Patatag, the popular activist musical group of the ‘80s and ‘90s.

Just like running, academe became his passion. In fact, he was dedicated to a field of study many of us would find profoundly arcane and, well, boring: mathematics.

I don’t know many people who would write a PhD dissertation with the title: “Congruent Numbers and the Tate-Shafarevich Group of the Elliptic Curve y^2=x^3-n^2x.” Or who would co-write a scholarly paper offering an “elementary proof of Gauss’ genus theorem.”

That passion for math was highlighted in a 2017 Ted Talk titled “Math is Language, Tool, and a Way of Seeing.”

“Mathematics is a powerful language,” Fidel says. “It is packed with precision. It has order, logic, structure and this is why mathematics is the language of science and technology.”

“An educated person need not know mathematics,” he continues. “But he or she should appreciate the role of mathematics in shaping this world.”

This from an educator with vibrant, dynamic view of what a university should be. The Diliman of Fidel Nemenzo is not some kind of isolated, exclusive ivory tower. You certainly wouldn’t expect from an activist-academic who faced off with riot police during the fight against dictatorship.

As an academic leader, Fidel has also shown that he appreciates the importance of getting young people excited about building new things — including those that young Filipinos may assume incorrectly are not technologies or inventions Filipinos are capable of creating.

That was the first Philippine microsatellite deployed to space, a project that included UP Diliman. As Diliman’s vice chancellor for research and development,  Fidel played a key role in moving the project forward.

“This is not only a technological first,” Fidel said in media reports after the historic launch. “This also is, in a sense, overcoming a psychological barrier. A lot of kids in the Philippines before [would] think of space as part of science fiction. But what this means is that for our young engineers and scientists in the Philippines, given enough support, they can actually achieve what first-world countries are doing with technology.”

Fidel is one of the candidates of the UP Diliman chancellorship. And I agree with many other fellow UP alums, including our friends and comrades with whom we fought against dictatorship and fascism three decades ago.

At a time when truth, knowledge, education are under siege — when basic information about a brutal campaign against poor Filipinos accused of being involved in illegal drugs are dismissed as irrelevant, when a senator openly derides advocates for citing scientific analyses (“Puro na lang kayo research!”) and when a president brazenly lies, Diliman needs a leader who would strive to help young Filipinos think, and think critically.

Diliman deserves a leader who seeks to inspire our youth, who encourages them to see what they’re capable of achieving, and to appreciate the importance of their education for their community.

The running, singing, fighting geek of Diliman, the teacher in love with mathematics, enamored with the world of numbers and symbols, who once took a bullet in the fight against tyranny, who has devoted his life to pursuing and celebrating knowledge and learning — he’s the perfect person to lead our beloved UP Diliman.