Filipinos in US ‘not included’ in PH visa requirement plan – Palace

Filipinos in US ‘not included’ in PH visa requirement plan – Palace 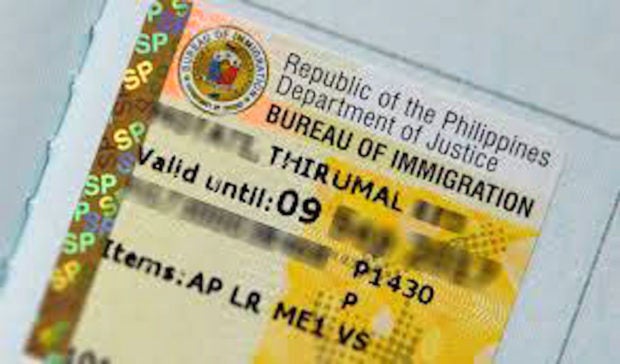 Filipinos in the United States would not be covered by the Duterte administration’s proposed plan requiring American citizens to obtain visas before entering the Philippines, Malacañang clarified this week.

This comes after presidential spokesperson Salvador Panelo previously said that President Rodrigo Duterte would order American citizens, “including Filipino Americans,” to get a visa before traveling to the country.

“Filipinos residing or sojourning in America, or our balikbayans, are not covered by our ultimatum should the U.S. government pursue banning the entry of Filipino officials acting in accordance with the Philippine law apropos Senator [Leila] De Lima’s case,” said Presidential Spokesperson Salvador Panelo in a statement.

The United States is home to the largest number of Filipinos abroad, with a population of over 4 million individuals of Filipino descent, according to the U.S. Census Bureau’s American Community Survey from 2018. California (1.6 million), Hawaii (367,364) and Texas (194,427) were the top three states with Filipino residents.

President Rodrigo Duterte on December 27, 2019, ordered an entry ban on United States senators who have been calling for the release of De Lima, namely U.S. Sens. Richard Durbin of Illinois and Patrick Leahy of Vermont. This week, this ban has included Sen. Edward Markey of Massachusetts as well.

Along with that, Duterte has been mulling a requirement for American citizens to secure a visa before they can enter Philippine territory.

The U.S. is the country’s third-biggest driver for tourists to the Philippines. According to the Department of Tourism, 872,335 Americans visited the country as of end-October 2019.

Currently, U.S. passport holders are able to enter the Philippines visa-free for 30 days and must show a return ticket.

Durbin, for his part, said that the planned travel restriction was an “insult” to the Filipino American community and the country’s democracy, warning that the policy would be disadvantageous to Filipino Americans as well as others who travel between the two countries.

“As regards Sen. Durbin’s remark that this administration should stop threatening the travel of Filipino Americans from the U.S. to the Philippine territory, the same is likewise misplaced,” he said.

According to him, imposing visa requirements on foreign nationals is “an exercise of a sovereign right and is not an insult to any particular community.”

“In fact, they have been requiring Filipinos to secure a US visa before we can travel into their homeland. As the community of nations believes in, ‘diplomacy is equality,’” Panelo added.

U.S. President Donald Trump recently signed the country’s 2020 budget, which included an amendment that the U.S. Secretary of State “shall apply sub-section (c) to foreign government officials about whom the secretary has credible information have been involved in the wrongful imprisonment of… Sen. Leila de Lima who was arrested in the Philippines in 2017.”

Malacañang said that the entry ban could not be enforced unless there is “credible information” proving that De Lima is detained wrongfully.

“Allegations of violation of human rights on Sen. De Lima’s case are coming from either absolute ignorance or shameful bias. It is high time for these U.S. senators to consult their U.S. Ambassador to the Philippines Sung Kim who is knowledgeable on our local processes before they start blabbering further nonsense,” Panelo said.

The spokesman also said that the U.S. senators’ call for De Lima’s release is “a brazen interference into our sovereignty.”

“Their alternative demand to provide the lady senator a fair, speedy and credible trial is totally misplaced because precisely, that is being given her by the hearing court as required by the Constitution,” he added.