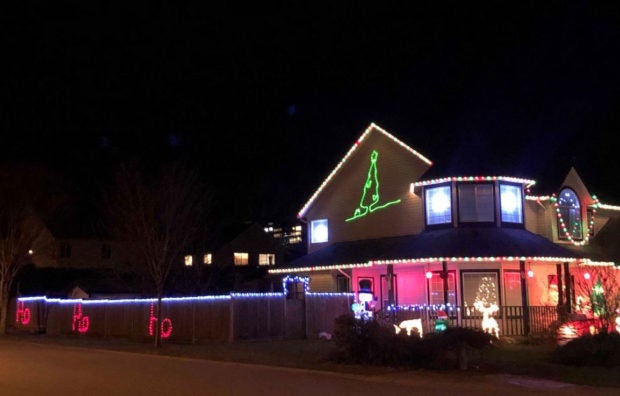 The home of Donna and David Pleasants n British Columbia, Canada all done up for the holidays. CONTRIBUTED

For many Filipinos in “non-Christian” countries, Christmas is just an ordinary working day. Still, the Christmas spirit is very much alive despite the demand of jobs. Despite reflecting on reasons for foregoing so many Christmases and other important events away from home, there’s still time to party.

In the United States, Canada and Europe, Filipinos may revel in a “White Christmas,” but it is also the time of intense “holiday blues” commonly known as seasonal affective disorder (SAD), which is also associated with the lack of Vitamin D during the autumn and winter seasons.

According to Psychology Today, “The holiday season often inspires feelings of warmth, joy, and belonging. But for some people, this time of year can evoke feelings of loneliness, stress and anxiety.”

In a 2017 survey, the American Psychology Association, found that while the participants reported positive feelings like happiness, love and high feelings, the feelings were also associated with lack of time, lack of money, commercialism, the pressures of gift- giving, and family gatherings.

In Thailand, the celebration is only during New Year’s Day. This year the New Year holiday in our university starts on the 27th of December, then we will report to work on 2nd January.

Millions of Filipino overseas workers (OFWs) whose families are left behind in the Philippines, still dream of celebrating Paskong Pinoy with family, relatives and close friends. It is the time of year to share food, drinks and gifts without thinking of the costs. Anyway, Christmas only comes once a year.

After 14 years in the America, Ian Dagdag still battles the holiday blues. “I miss my mother, my friends, the Christmas parties, lanterns, caroling and most of all the food that my mom cooks during the holidays,” Ian says.

I asked Filipinos in Canada, the United States, Thailand, and the Middle East, who have been spending years away from their families during holiday seasons about their strategies to beat the holiday blues. 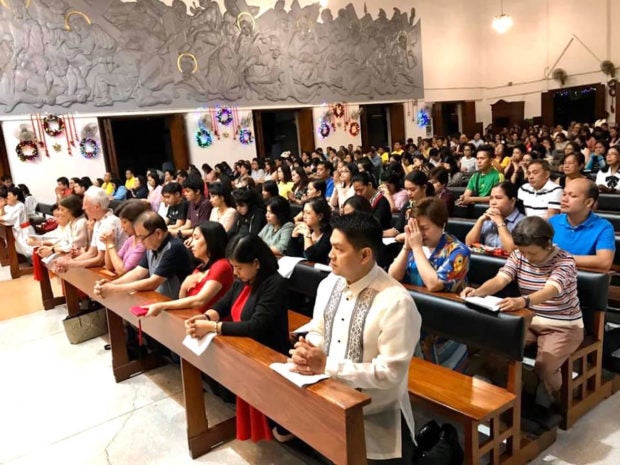 Filipinos gather at the Holy Redeemer Church in Bangkok to celebrate the first day of Simbang Gabi on December 16, 2019. PINOYTHAIYO

The Philippines has the longest celebration of Christmas in the world, starting with the “ber” (September) months until the Feast of Three Kings on the first Sunday of January.  Migration has not changed this tradition.

“Like in the Philippines, where Christmas comes early as September, I put up my tree on November right after Remembrance Day,” shares Donna Rosete-Pleasants, who has been celebrating White Christmas in Canada for the past 11 years.

In the Philippines, when you hear Josemari Chan’s voice dominating the airwaves, you know it is the start of Christmas Season. A few years ago, due to the influx of foreign tourists and workers in Thailand, Christmas carols could be heard in shopping malls too, although not Josemari Chan’s yet.

Jigz Nietes Svanit, a longtime Thailand resident shares that listening to Christmas carols online or watching on YouTube drives away the holiday blues.

Belting out songs inkaraoke during the Christmas parties in Dubai is one of the activities that Kemuel Buitizon has enjoyed with friends when the ‘winter break’ started on December 15.

Architect Ariel Endaya, who works in Qatar, listens to carols because he feels the spirit of Christmas beating the loneliness of being far from his family.

Karaoke and food go together in any Filipino gathering. Pancit, queso de bola, jamon, bibingka, lechon, lumpia, puto bumbong and a lot of Filipino dishes are spread on the table, while some people are belting out songs in karaoke.

Christina Pastor, also from Dubai claims, “We don’t have Christmas here, that’s why we don’t have ‘holiday blues.’ On Christmas, we eat at Filipino restaurant to have a taste of Paskong Pinoy. 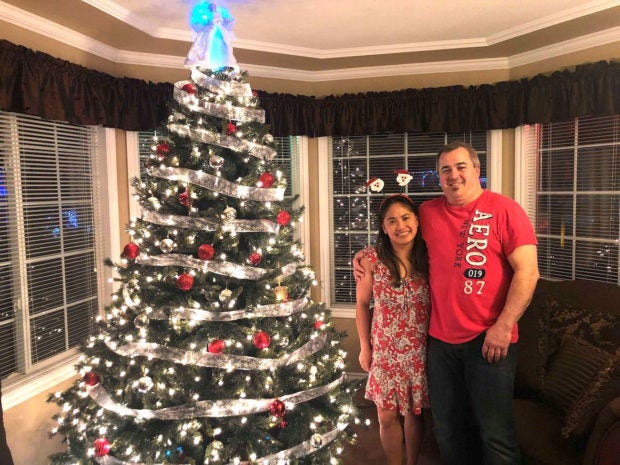 Cathryn Anne Liboro grew up in a big family in the Philippines. Beef asado is a special recipe of her grandmother, which they brought to America and is always the “star” of their Noche Buena.

According to Dr. Leny Strobel, a retired professor at Sonoma State University in Northern California, serving traditional Christmas feasts means our refusal to forget. It is also our way of making memories for our grandchildren and for ourselves since millions of Filipinos are now in the diaspora.

Ruby, a health care professional in New York City, does not celebrate Christmas at all. It has been her 10th year in America. Christmas is another ordinary working day, especially for a health care specialist on call.

“I don’t have time to prepare food. I attend the Mass, go back to my apartment and sleep,” she says.

“The Joy of Christmas is not the festivity, but the thought that a Savior was born to give hope and to redeem, that is what matters; it’s really more on the celebration of heart and soul,” says Hedy Erardo, a nurse in New York. 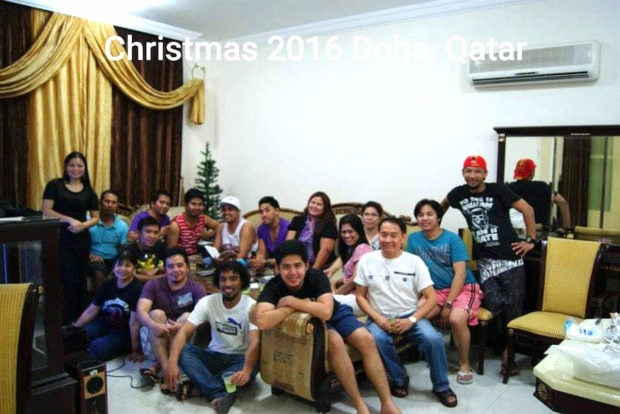 As early as 2012, the Catholic Church in Thailand has included the 9-day Simbang Gabi as part of the Christmas tradition. At first it mainly caters to Filipino migrant community. Now, it has become a tradition attended by Thai Catholics and other foreign nationals. The Mass is celebrated in English and Thai.

Gift-giving is a tradition always associated with Christmas. In the Philippines, families with relatives abroad anticipate the much awaited balikbayan boxes from all over the world. Knowing the importance of balikbayan box, under the Customs Modernization and Tariff Act (CMTA) of President Benigno Aquino III in May 2016, Customs is required to make an innovative processing of shipments, streamlining of export and import procedures, and simplify the process of seizure and disposition of illegal goods.

Instead of sending balikbayan box, Ajong Ng, a teacher in Bangkok, sends money to his parents.

“That way, they can celebrate Christmas abundantly. Of course, seeing their happy pictures and videos would ease the holiday blues. It’s also a reminder to myself the very reason why I’m working hard abroad. Also, I give gifts to some of my students,” Ng says.

Dr. E.J. David, a psychologist and an expert on Filipino American psychology believes that bringing Filipino traditions like Simbang Gabi and Noche Buena to adopted country is natural because these remind them of happier times in the Philippines.

“Christmas becomes a part of people’s foundational life experience that shaped who they are now. It’s almost like a first love — it’s so foundational and influential that you remember it forever, for the good and the bad,” David explains.