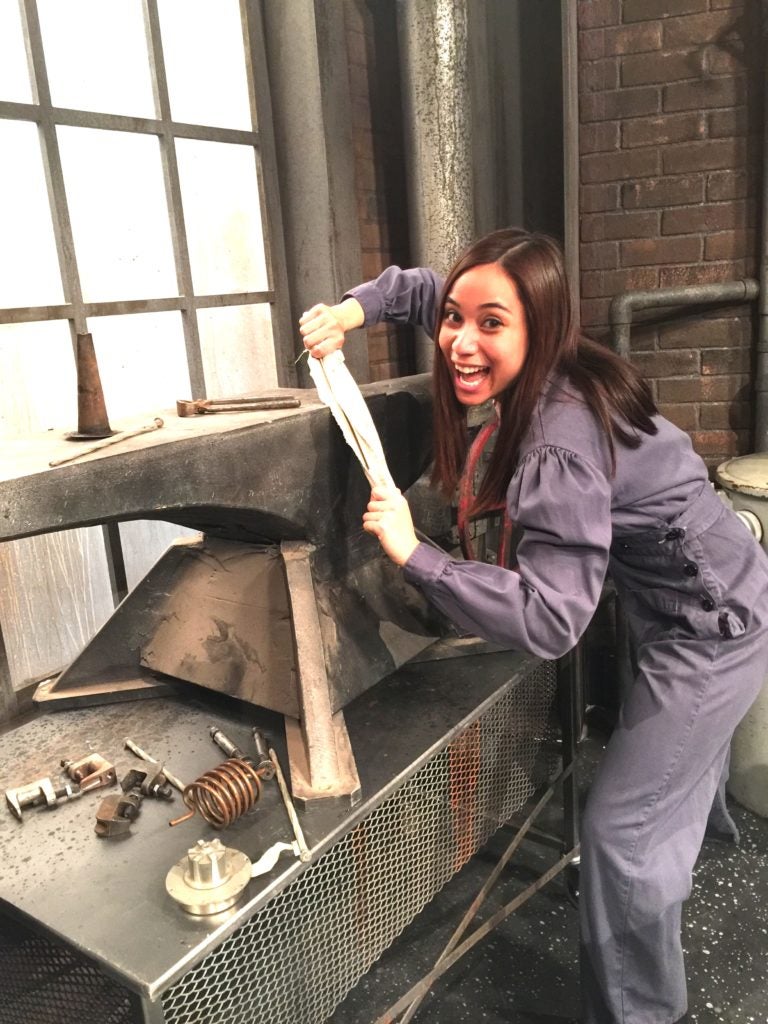 TORONTO, Ontario —  Canada’s 150th birthday is on July 1st, and nothing says “happy” more than an episode of “Air Farce.”

Troupe members received the Governor General’s Performing Arts Award in 1998, received a star on Canada’s Walk of Fame in 2000, and were the first Canadian inductees into the Canadian Comedy Hall of Fame in 2001.  At the 2000 Gemini Awards, “Air Farce” received the Earle Grey Award for its body of work in Canadian television and the People’s Choice Award for favorite tv program among viewers.

And now, Filipino Canadian actress Isabel Kanaan (“Haunted or Hoax’) is one of the iconic show’s two newest members, with Vancouver’s Chris Wilson (“The Beaverton,” “What Would Sal Do”). 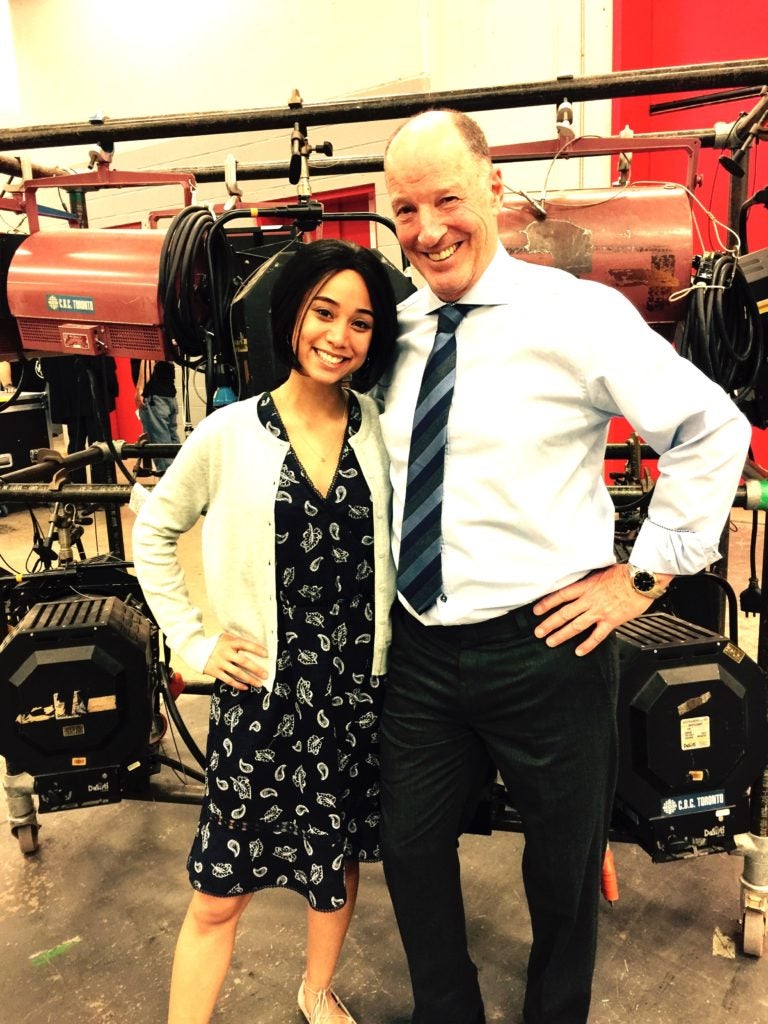 Don Ferguson, founding member and producer of “Air Farce” with Izzy at the CBC studios in Toronto. INQUIRER/Marisa Roque

Isabel–Izzy for short–debuts in “Air Farce Canada 150,” which serves as the lead-in for the televised Canada Day festivities live from Parliament Hill.  The fast-paced one hour special captures the patriotic spirit of the sesquicentennial celebrations, and for the first time in “Air Farce” history, the whole of Canada will watch together at the exact same time–no delays and no time shifting–from sea to shining sea.

A Seneca College for Acting and Voice alumna and Second City graduate, Izzy was recently awarded the NBC Universal Bob Curry Fellowship.  She is a core member of Carlos Bulosan Theater’s Collective Creation Unit and recently co-wrote and appeared in their stage play “Anak” (Child).

Her performances have received raves–as Charice in the Filipino Canadian short film “Ponytail,” as Casey Stratton in the web series “Haunted or Hoax,” (winner of the NYC Web Fest’s Audience Choice Award), for her comedic skills in “Women” (Martha Rose Productions) and for her dramatic side in “Swan” (Little Black Afro Theater Company).

Izzy came to Canada in August 2008 with her father Alejandro Diaz Kanaan (Manila) and mother Shirley Barros (Ilocos Sur) and three brothers Philip, Alex, and Anton.  They settled first in Burlington where Izzy finished high school at Notre Dame.  They left the Philippines before she could graduate high school from Assumption San Lorenzo.

“I have always been a performer,” shared Izzy.  “In elementary school at St. Paul Pasig I danced hip-hop.  In high school, we studied Shakespeare and Rizal’s novels.  I was hooked–I caught the acting bug!” she laughed. 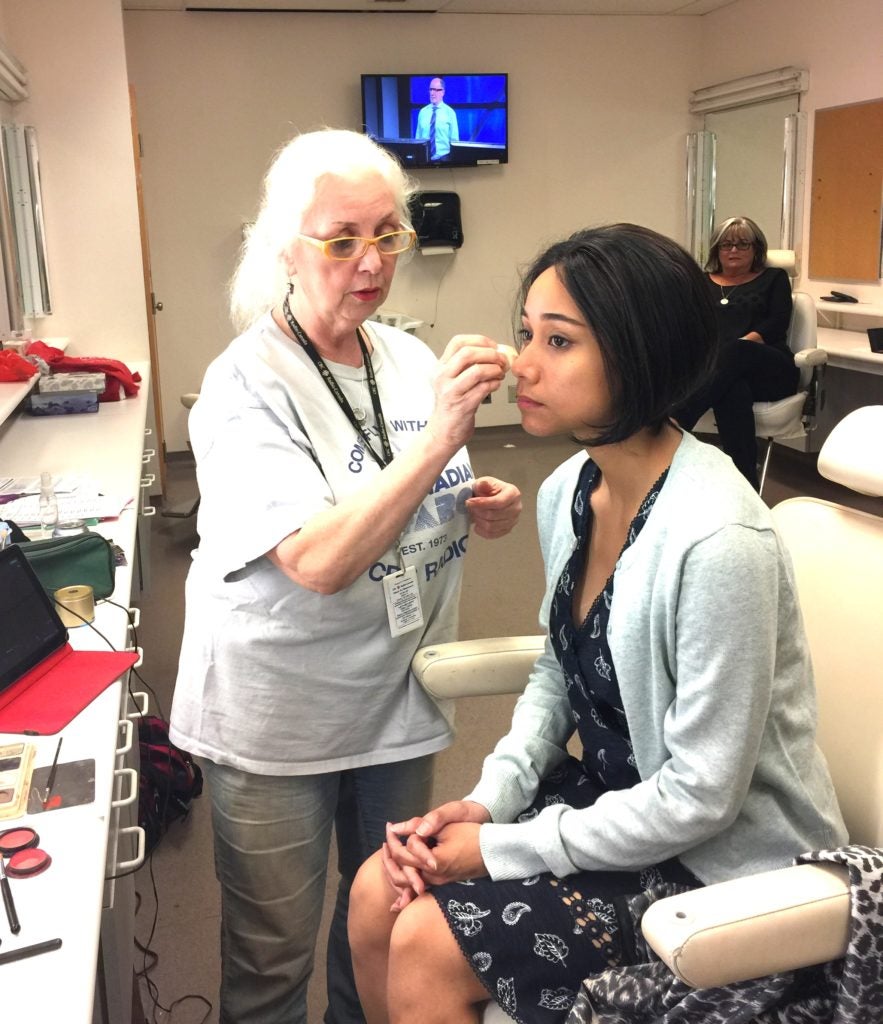 Izzy getting ready for a shoot. INQUIRER/Marisa Roque

Asked what advice she’d like to give to other kids who get bitten by THE bug, Izzy said to “Keep working hard!  Acting is NOT easy–you have to work, you have to be tough, take a lot of rejection and heartbreak.  Keep at it, stick to what you love, you gotta make sure you are in love with acting,” she added.

So, has Izzy found her happy place with the “Air Farce” troupe?  “I love it–I love all of them!  They are all very down to earth and extremely professional.  They are so much fun,” and she looks up to the founding members/regulars Don Ferguson, Luba Goy, Jessica Holmes, Craig Lauzon, Darryl Hinds, and Emma Hunter.