Anti-fascist Fil-Am, 2 others in brawl with racists plead to lesser charges 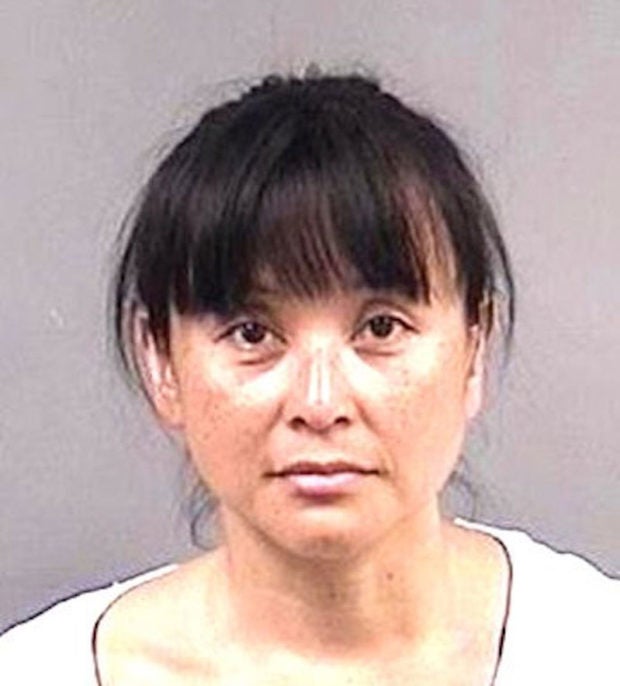 Filipino American Yvonne Felarca, of Oakland, California was among three protesters who entered no contest pleas Thursday, Nov. 14, 2019, to lesser charges stemming from a wild 2016 melee with white supremacists that injured at least 14 people at the California state Capitol. She goes by Yvette Felarca while leading and speaking for the group known as BAMN, which stands for by any means necessary. BERKELEY POLICE/AP FILE

They include prominent San Francisco Bay Area anti-fascist leader Yvonne Felarca. She goes by Yvette Felarca while leading and speaking for the group known as BAMN, which stands for “by any means necessary.”

Felarca, Porfirio Paz and Michael Williams entered their pleas to misdemeanor charges of unlawful assembly. The charges will be dismissed in 18 months if they complete 90 hours of community service and engage only in peaceful protests. They face up to 90 days in jail if they violate those conditions.

They initially faced felony charges, including assault and inciting and participating in a riot, that could have brought them up to four years in prison. Sacramento County prosecutors said the charges are “a fair and just resolution under the circumstances of this case.” Felarca called the reduced charges a victory.

The lone white supremacist charged in the case, William Scott Planer, was sentenced in July to four years in prison.

He was among about 20 members of the white nationalist Traditionalist Worker Party who had a permit to protest at the Capitol when at least 200 counterprotesters confronted them. At least 14 participants were stabbed or had cuts and bruises, with two surviving critical stabbings. Police also recovered a loaded gun.

Independent observers and participants criticized police for failing to quickly separate the groups.

A California Highway Patrol investigator previously testified that police knew for weeks that BAMN and other counter-protesters calling themselves anarchists, anti-fascists, socialists or communists planned to disrupt the gathering, likely using violence.

But more than 100 law enforcement officers were caught unprepared when the two groups began battling earlier than they had anticipated.

Felarca’s attorney previously said she was among those stabbed. Felarca said Thursday that she had a strong defense but decided to stick with the other two protesters in entering the plea agreements.

“This lesser charge is a very low charge, and it’s off our record in 18 months,” she said. “To me, this is no question a victory.”

She said she has continued to lead protests — including against President Donald Trump, particularly on immigration — even while facing the possibility of prison.

Defense attorney Linda Parisi, who represents Williams, said the plea agreements are “not a perfect solution” but made sense given the severity of potential felony convictions for “demonstrating for what you think is important.”

Chief Deputy District Attorney Steve Grippi said in a statement that his office respects the First Amendment, but “when orchestrated acts of violence take place in our county, whether in the name of free speech or in an effort to prevent it, our obligation is to hold those individuals accountable.”