After That August: A photographic memoir of love lost, regained 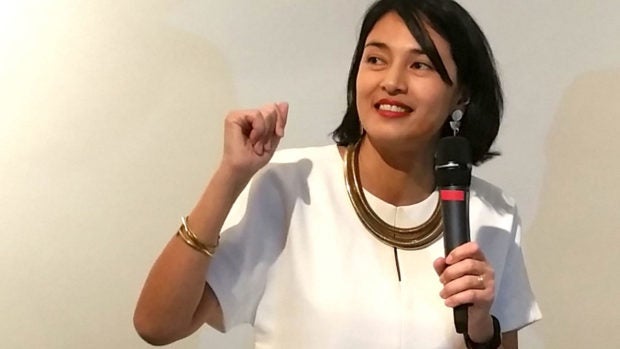 TORONTO, Ontario — “I used to be scared. Scared that I might fail or say the wrong thing. Scared to look like a fool. Scared to sound like an idiot,” San Francisco-based artist-photographer-writer Michelle Yee posted on her Instagram early last spring.

“And because of that, I never acted on those ideas. I might’ve even become comfortable with being someone who always had tons of ideas, as if just having the ideas were enough.”

But she stepped out of her comfort zone. Made a leap to the unknown. Pursued her KickStarter campaign to launch her first book, After That August, a photographic memoir of the years she spent nursing a broken heart and falling in love at a time she didn’t want to fall in love.

At her recent book launch in Toronto, the award-winning artist said she was glad she “stopped stealing” from herself:

“If I’d done things the way I used to do to them (which was to do nothing at all), I would’ve certainly guaranteed myself failure. I spent so much time waiting. Waiting for someone else to act on my ideas, waiting so that I could say with indignation: ‘That was my idea!’ and then go on to act as if I’d been wronged, as if something had been stolen from me.’”

Being a perfectionist has its drawbacks, she says. “I lacked the willingness to see where those ideas might take me.”

In two of the four years that she wrote her book, Yee lived in three cities and two countries, and traveled to as many more as a photographer on work assignment.

Reading After That August for the first time can give the reader a sense of being afloat or in flight.

While the main protagonists act out their despair or angst or tension in words said obliquely or in-your-face, the words left unsaid cut the most. The ambivalence and the ambiguity between past and present states of mind keep the reader in thrall for the next image and page.

The little hints and foreshadowing as the days progress will keep haunting and taunting the eye and the mind. It is almost like a meditation that one could do briskly if one were in a hurry to get to the end, or to savor page by page in slow mode. 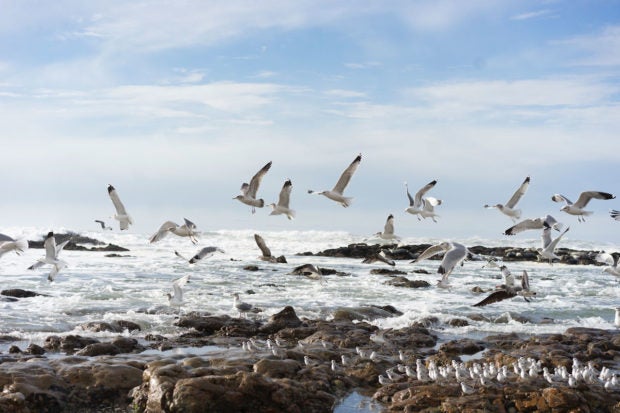 From Michelle Yee’s “After That August.” MICHELLE YEE

In one of her Instagram posts Yee confesses: “I wrote this book, After That August, because something significant shifted in me and I needed to understand what happened.

“I wrote After That August because it was what I needed to read. I needed to be okay with feeling confused and unresolved and complicated. My marriage was over and it left me reeling. And then I met someone, when I didn’t expect to or even really want to.

“It’s the kind of story I never thought I would write. It’s a post-divorce love story.”

For someone who grew up Catholic in a Filipino Chinese Canadian household (Yee’s father emigrated from China to Canada as a young child while her mother came from the Philippines, sponsored by her brother), getting a divorce was not part of the immigrant dream. Up to her book launch, she says, not all relatives from both sides of the family would know of her current marital status. “It is something you rarely bring into the conversation even at this time.”

Yet Yee reminisces her years of growing up in Edmonton, Alberta, as bucolic and carefree. “My dad helped at his uncle’s restaurant in a small patch of land in middle of the Prairies. My mom taught me how to use a camera. She always took photos and made sure we smiled all the time.”

After completing her bachelor’s degree in psychology and sociology, Yee was encouraged by an aunt to pursue her love for images by enrolling in a photography course. She would later complete her diploma in photography.

Yee has worked as a commercial photographer, specializing in portrait and documentary photography.

Completing her first book has allowed Yee to put her love for words with her art and photography: “I wanted to use photography as a way to communicate the things that I can’t find the words for. Like an archive of life.”

After that August’s first-edition limited print run was intended to be a personal and experiential work of art in the form of a book. It began as a zine for a collage workshop but ended up as a 165-page memoir meant “to surprise, to provoke, and to capture a moment in time.”

In an era where our lives and social interactions are becoming increasingly digitized, Yee says she wanted to create something tactile: an object that could bring one back into the physical, analog world.

“As a storyteller and artist, I loved the notion that a person’s understanding of a story could be deepened or somehow affected by a book’s physical qualities, that a book could be designed as a reflection of the very story it carries within.”

Copies of Yee’s book may be purchased online through https://www.michelleyee.com/

After That August will be launched at The Ruby in San Francisco on Sunday, December 8: https://www.eventbrite.com/e/after-that-august-sf-book-launch-tickets-72459304731?aff=ebapi