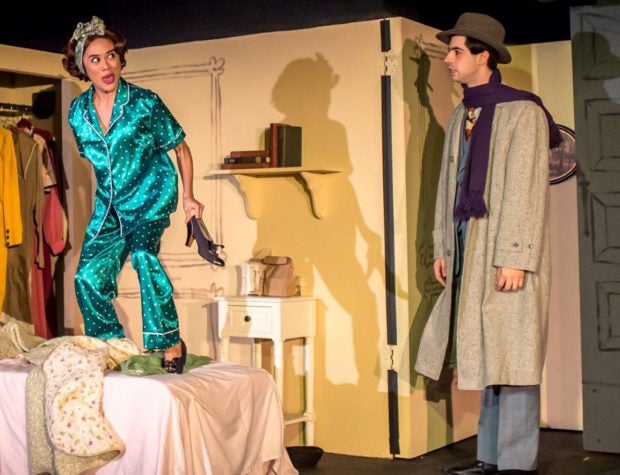 Staged by Ross Valley Players in a special coproduction with Mountain Play Association, the musical is about two coworkers, Amalia and Georg, who get on each other’s nerves but who unknowingly fall in love mutually through an anonymous correspondence.

Sotelo says that the musical’s story is about “love and human connection.”

“It’s not heavy at all but I do believe the message is great. And it’s perfect for the holiday season! Sometimes the things that really should matter are right in front of us.”

The musical has been performed on Broadway, with a recent revival in 2016 that featured Laura Benanti (who plays twin sisters Alura and Astra on TV show “Supergirl”) and Zachary Levi (who played the title character in the movie “Shazam!”) as Amalia and Georg. 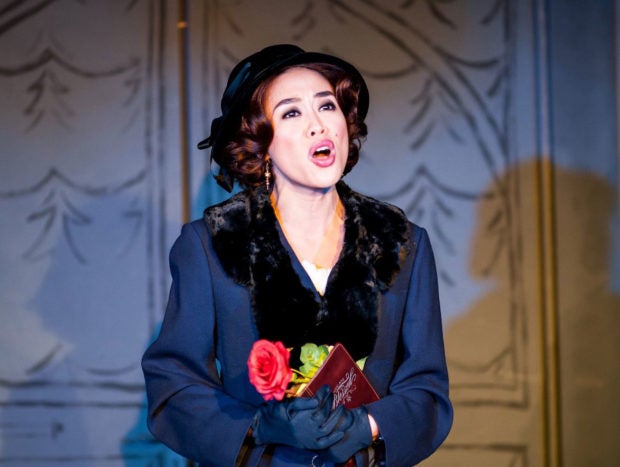 Marah Sotelo plays Amalia in “She Loves Me.” CONTRIBUTED

Lyrics are by Sheldon Harnick and music by Jerry Bock, both of whom are best known for their collaboration on “Fiddler on the Roof.”

The musical is adapted from the same source material that inspired the romantic comedy movie “You’ve Got Mail” that starred Tom Hanks and Meg Ryan.

Born in the Philippines, Sotelo and her family moved to the U.S. when she was eight years old.

“I’ve always enjoyed performing and started in church when I was very young. This led to a curiosity about the world of theater and I started learning more about musicals.

“Of course, it was ‘Miss Saigon’ that really grabbed my attention as a kid because there were very few shows that had people who looked like me. When I saw and heard Lea Salonga perform and sing, I remember being so inspired. I could do that too, I thought.

“It’s been non-stop since then. I guess the theater bug really got me!”

“This show has been on my bucket list,” says Sotelo. “I’ve always wanted to play Amalia and sing ‘Vanilla Ice Cream.’”

Sotelo is referring to a song that the character Amalia sings when she realizes her fondness for Georg and thinks of his kindness.

“For a while, I thought it was impossible because I’d never seen a person of color play the role. I’m so glad I auditioned, and it’s been quite the ride! I absolutely enjoyed working with my director and creating this character. I’ve learned so much in the last couple months!”

“I am a huge believer that people of color have to do everything we can to be seen, especially in roles that would normally not go to an artist of color. I want audiences, especially young people, to be inspired and not feel held back to go for their dream roles. Let’s keep breaking down those barriers!”