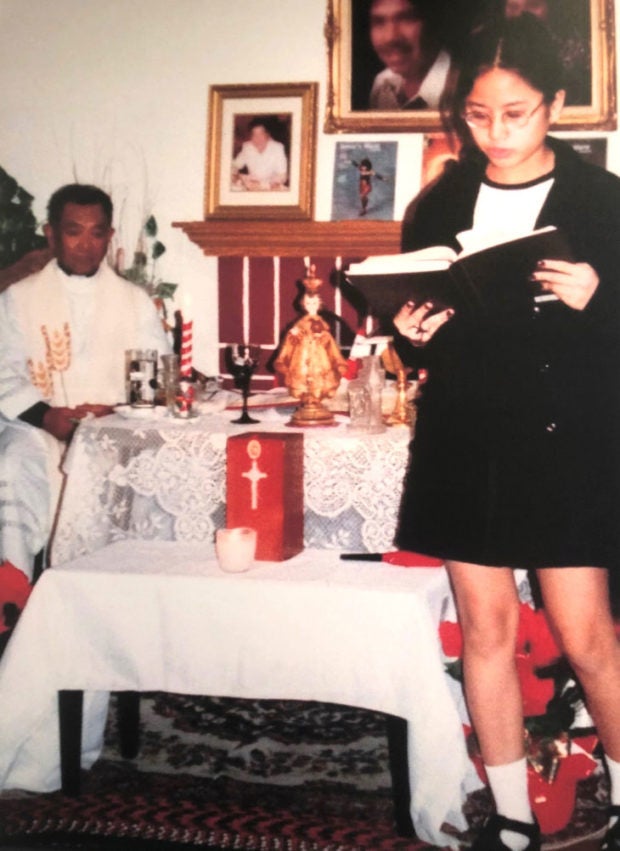 Plaintiff Aimee Galicia Torres pictured when she was a young child with her alleged abuser, Fr. Honesto Bayranta Bismonte, whom she knew as “Lolo Nes.” (Jeff Anderson & Associates )

LOS ANGELES — A Filipina American filmmaker from Hollywood is suing the Archdiocese of Los Angeles, alleging that she was abused by a Filipino Catholic priest in Gardena, California as a child.

Aimee Galicia Torres, 34, a medical documentary filmmaker and cinematographer, says Fr. Honesto Bayranta Bismonte, whom she knew as “Lolo Nes” or “Grandpa Nes” began sexually abusing her in 1993, when she was 8. The abuse allegedly took place at her aunt’s house and continued until Torres was 12.

Torres alleges Bismonte was serving at St. Anthony of Padua Church in Gardena at the time of the alleged abuse. “No matter how much I tried, he was always stronger — pulling me closer and groping me harder,” said Torres, at a news conference Tuesday announcing the suit.

“I carried this big secret for years. I came from a very strict Filipino Catholic upbringing, so how could I tell my family what was going on?”

Bismonte was ordained in the Philippines in 1954 and moved to Southern California in 1981, working at Catholic churches in Los Angeles, Gardena, and Pomona.

In 2002, Bismonte was arrested for sexually molesting two little girls more than 50 times since 1997. Defending himself, he said hugging and physical contact with children were more accepted in Filipino culture. But he pleaded guilty the following year to misdemeanor battery and was sentenced to two years of informal probation in Los Angeles.

The Archdiocese of Los Angeles says it immediately removed Bismonte in April 2002 when it first learned about the misconduct that was reported by Torres to her high school campus pastor.

The Archdiocese says it reported Bismonte to law enforcement and alerted all of the parishes where he had served. Bismonte’s name was also added to the archdiocese’s list of credibly accused predator priests in 2004. 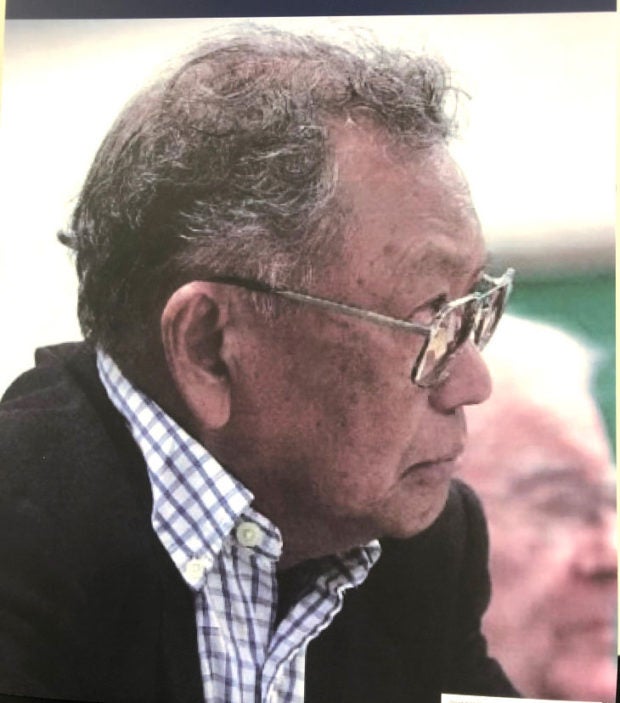 Fr. Honesto Bayranta Bismonte at his preliminary criminal hearing in 2003. He is now 90 years old and his whereabouts are unknown. (Jeff Anderson & Associates )

Torres alleges that L.A.’s archdiocese was negligent in the hiring and supervision of Bismonte, and that Church officials knew or should have known about Bismonte’s abuse but didn’t act to punish the priest or prevent future abuse.

Torres’ lawyers want the archdiocese to disclose Bismonte’s whereabouts, and whether he is still protected by Church officials. Bismonte is now 90 years old.

With the new law the Catholic Church, private organizations like the Boy Scouts and public institutions like California school districts, are more vulnerable to lawsuits.

“I felt so powerless, but today I regained my power that Fr. Bismonte took from me so many years ago,” Torres said. “Now I get this chance to have my day in court.”

Under California’s new law, survivors can come forward anonymously, but Torres chose to use her real name, hoping it would elicit more transparency from the Archdiocese of Los Angeles and encourage other victims within L.A.’s Catholic communities to share their stories.