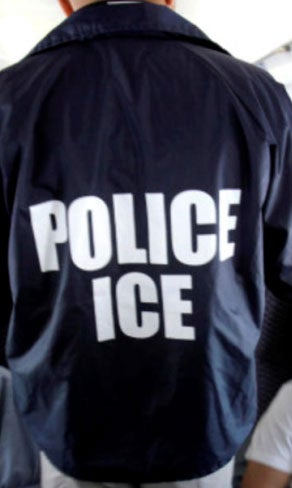 NEW YORK — Desperation can force people to make difficult decisions. There are few situations more desperate than poverty and abuse. Eddie had spent the first nine years of his life living in the Philippines with his mother and his abusive father. When Eddie’s mother fled her homeland, she sought safety for Eddie.

Although Eddie’s mother went on to earn her U.S. citizenship, Eddie grew to adulthood with just legal residency or a green card.

Unfortunately, his past, combined with his present circumstances, led him to make poor choices. Alcohol was an easy way to escape the painful memories of his childhood and the limited opportunities of his adulthood. He held jobs only temporarily.

When Eddie was caught smoking marijuana, before it was legalized, he was arrested. As part of the Secure Communities Initiative, his fingerprints were checked through the Homeland Security Database. Because Eddie had a history of petty crimes, this was terrible news for him. With the passage of new and harsh immigration laws, one risks removal from the United States even if the person is a green card holder.

At his immigration trial, Eddie was remorseful, pleading with tears before the immigration judge.

The judge knew that Eddie’s father had beaten him and abused the family. Eddie begged for the opportunity to undergo treatment for his alcohol addiction, but all this did not matter. The judge ordered him deported to the Philippines.

Did Eddie deserve to be punished for his crimes? Of course. Did he deserve to receive what many consider tantamount to a death sentence? Absolutely not.

Imagine being turned out onto the impoverished streets of Manila. The only person you know is the person you most fear, your abusive father. Eddie does not know the language or culture.

He has no marketable skills because he lacked opportunity. The only thing that Eddie will take with him will be his addictions and his desperation. What do you think the life expectancy will be for this young man?

For many immigrants, life is not simply black and white.  These individuals have unique challenges, but how do we meet these challenges in constructive and compassionate ways?  Is a human worthless because his path led him to a less than desirable place?  He played the cards that life dealt him, and because of limited choices, he lost.  Should we throw him away?

There is no one-size-fits-all when it comes to human beings. Everyone’s situation is different and requires discernment. What could Eddie have become in America if he had received rehab and job training? How many other young immigrants could he have mentored and saved from going down the path he went? We will never know.

He was sent back to the very place his mother so desperately fled. It is easy to pass judgment when you have never been in a particular situation.  Why are we not turning to the individuals who have experienced these challenges and asking them for advice? Those brave souls who have come to America from impoverished countries. They have worked hard and earned their citizenship. They want to help others like themselves. These are the people who should be helping to frame the laws concerning deportation.

As it stands, the individuals who frame these laws have no point of reference for what life is like for young immigrants in America, with limited education and limited opportunities.  This is why people are cast away like trash.

The article does not form an attorney-client relationship. It should not be relied upon as legal advice.  For questions please call 866-237-9555 or Email: [email protected]