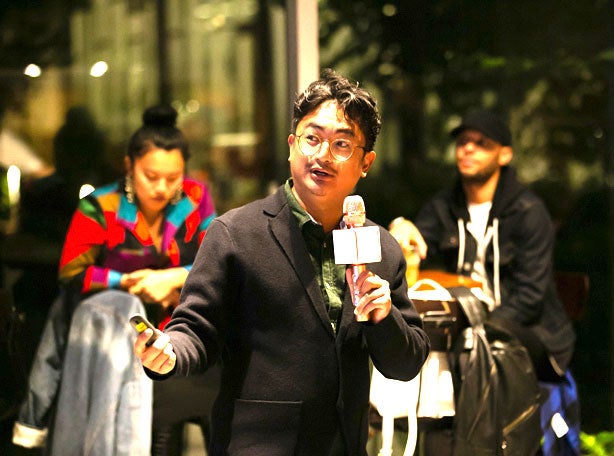 SAN FRANCISCO – With the runaway success of the night market Undiscovered SF, in SOMA Pilipinas cultural district, its non-profit business accelerator and producer, Kultivate Labs, has unveiled the next phase of its plan to bring Filipino businesses back to the neighborhood.

Kultivate Labs is setting up a permanent innovative retail space for pop-ups and events to be known as Republika SF www.republikasf.com

on the ground floor of the 5th and Mission Street Garage.

Danganan, who also leads the efforts for economic development of SOMA Pilipinas, says that creating pop-up spaces to incubate businesses has always been a part of the Filipino district’s strategy of. The lab identified potential sites along its target corridor of Mission Street, and the city-owned 5th and Mission Garage was one of them.

“The city has been a great partner, and we’ve shown the city that we can do great things with the spaces that they have and don’t know what to do with,” says Danganan.

Securing the 5th and Mission Garage as a location was not easy at the start. Danganan initially experienced a lot of push back from the San Francisco Municipal Transportation Agency (SFMTA), the city department that oversees the garage.

“SFMTA was not going to give it to us. They weren’t taking us seriously. We’ve had several meetings with them, they didn’t care, [they asked] ‘How much are you gonna pay us?’” says Danganan. The late SF Mayor Ed Lee, however, was instrumental in securing the space for Danganan and his team. Lee was a guest at Undiscovered SF night market during its first year, and Danganan and his team had the opportunity of spending time with and showing him around for 40 minutes.

“It’s really hard to get that kind of face time. He really enjoyed himself, and I’d gotten it into his head that what we’re really trying to do is incubate businesses. We love to do pop-ups, utilize more city property like the 5th and Mission Garage. When I said that, his eyes sparkled. He understood exactly what we wanted and were trying to do,” says Danganan.

The night before he passed away, Lee had his deputy chief of staff send an email to the SFMTA director that said that the mayor really wanted to see the project happen, that “the vacant commercial space at the 5th Street Garage is appealing because it is within the boundaries of the cultural district, and would be a great gateway to the Filipino experience.”

The email further stated, “The mayor would like for you [SFMTA director] to meet with Desi to discuss his ideas.”

“I think that’s the only reason why Republika is around. It went from ‘How much are you gonna pay us?’ to ‘Is a dollar a square foot okay?’’ says Danganan. “That was kind of Ed Lee’s last dying wish for the Filipino community.”

Republika SF’s 3,600 square foot space, on the ground floor of the 5th and Mission Street Garage, is designed by award-winning Filipino American architect Primo Orpilla, with an overall aesthetic loosely based on the iconic Filipino store, the sari-sari (variety) store.

It will be a permanent home to three anchor businesses: Arkipelago Books, one of the only Filipino bookstores in the nation; ASMBLY Hall, a Filipino-owned clothing store; and Straight Up Bar and Beverage, a Filipino-owned food and beverage catering company.

The anchor businesses were chosen for their merit as the top three best sellers at Undiscovered SF as well as for space considerations.

Danganan explains: “We wanted someone who could create a food program that wasn’t going to overshadow or conflict with the retail program. Like you can’t be cooking dinuguan in the space because you don’t want the clothes to smell. We wanted someone who could operate a bar as well, and Straight Up was one that knew how to operate a bar and could create really innovative drinks. They created a food program that was thinking ahead about preparation and order control.”

Republika SF’s operation will be led by Ron Benitez, board member of Kultivate Labs and a seasoned entrepreneur who, along with his wife, Trisha, founded and owns ASMBLY Hall. “We wanted to create a space where you would have the Undiscovered experience every day,” says Benitez.

Benitez describes Republika SF’s other function as a retail incubation lab with “different pop-ups who want to come in and give them that mentorship of taking it to the next level.”

There will be four stalls dedicated to incubating other businesses. “There’s going to be a formal application process, but we’re also going to select and curate the first group of companies. It doesn’t have to be just for Bay Area businesses, but it’s also a jumping point for Filipino businesses around the world,” says Danganan.

There are also plans of holding events such as trunk shows, launch parties for their new vendors, and book reading for Arkipelago Books. “It’s going to be a mini event space of sorts,” says Danganan. “It’s completely well positioned to attract people from all over the world in the Bay Area because it’s right at the heart of the tourist district of San Francisco.”

Arkipelago Books is currently located at the Bayanihan Community Center, about a block and a half away from the future site of Republika SF. The proximity of Republika SF’s location to the city’s tourist and retail district and the foot traffic it brings is what operations director Lily Prijoles, and publishing director, Golda Sargento, find the most attractive.

“At certain seasons of the year, we get a lot of conventions. So, we get to be closer to the customers that are visiting from out of town,” says Prijoles.

“The idea of it being down there makes a difference in our foot traffic than where we are. Of course, we love being a part of it [Bayanihan Community Center], this is where Lily and I both came in. And it being where Ate Marie [Romero, founder and former owner of Arkipelago Books] put her roots down, obviously, we take that quite seriously; wanting to take her business and her legacy up a notch,” says Sargento.

Founded in 2011 with a flagship store at the Fillmore district and a second branch on Divisadero Street that opened in 2018, ASMBLY Hall will be opening its third branch at Republika SF. Ron Benitez says that ASMBLY Hall is not just a clothing store but also “a space and an experience” featuring local and independent designers and artwork by local artists showcased “around the experience of music in the store.”

“We’re about the community. We’re small, we’re independent. About 50 percent of our assortment is locally based, locally sourced, and locally made.”

ASMBLY Hall markets a style known as “sophisticated prep,” streetwear that is “just a bit dressier” geared toward young professionals “who are willing to spend a little bit more to make themselves look good and with an affinity for quality and craftsmanship.” It plans to have exclusive products for its branch at Republika SF. “It will be a great place to test out new products. We want to give reasons for people to go to different stores.”

Straight Up Bar and Beverage began in 2016 as a mobile bar and catering service serving craft cocktails and customized menus. After being a successful featured vendor at Undiscovered SF, the Filipino-focused pop-up bar is transitioning into a brick and mortar operation at Republika SF.

“Our end goal for Straight Up was to have our own bar location, something to own, run something ourselves, and Republika is pretty much that,” says co-founder and co-owner Paolo Dayao.

A year ago, Dayao consulted with Danganan on Straight Up’s business goal to be in a permanent space. Months later, Danganan reached out to Dayao about plans for Republika SF and asked him to be one of the vendors. Paolo Dayao and the crew of Straight Up Bar and Beverage at a fundraising and tasting event for Republika SF. CONTRIBUTED

Dayao and his team recently curated a small menu, that included sisig bowl and bistek sandwich, and did a Republika SF tasting event hosted by Kultivate Labs. “We came up with a few soju-based cocktails and mocktails. We wanted it to be kid friendly, geared towards family,” says Dayao. “Halo-halo must be included in our menu, why not make it alcoholic too?”

Republika SF is not only a hub for Filipino culture and businesses; it is also designed to be a breeding ground for Filipino entrepreneurs. A place “to achieve what their dreams are,” says Dayao. “We’re basically doing that. Without Desi reaching out to us, we would still be doing events but not have [our own space].”

Building the nation’s first Filipino artisan marketplace, event space, and business incubator comes at a price. Danganan is overcoming this challenge through fundraising. “Right now we are past the halfway mark of the fundraising goal; a little bit more to go, but now the community is really jumping on board,” says Danganan.

He relies on his impressive track record to garner the community’s financial support “We’ve shown, as Kultivate Labs, that we’re great stewards of public money. What we’ve done with Undiscovered is a smash success. We raised $40,000 and brought in city grants that filled in the rest, and I’m confident that we’re going to repeat the same pattern of success with Republika, if not even better.

Prominent members of the community such as Sonia Delen and Polly Cortez activated a dollar for dollar matching grant of up to $3,000 “to incentivize the rest of the community to throw down so we can hit this goal,” says Danganan. “It’s awesome to see the community come together.”

There has also been support from other sectors. “We recently had an employee at GV (Google Ventures) put in $5,000, and now Google’s going to match that with another $5,000, which is awesome,” says Danganan.

SOMA Pilipinas was established in 2016 out of a hundred year-plus history of Filipinos in San Francisco. It is a history marked with displacement that began with the encroachment of the Financial District on Manilatown on Kearny Street and the area that is now the Yerba Buena Gardens.

With the establishment of SOMA Pilipinas, the Filipino community began to permanently reinstate its rightful place in the fabric of life and culture of San Francisco, and the building of Republika SF is the next major step in the development of the district.

Danganan anticipates Republika SF to open in the fall/winter of 2020. “Hoping to break ground early next year and go through construction then open up by next Christmas season. We’re still refining plans as well. We have very strong initial plans, but there’s still room for improvement and tweaking.”

With the fundraising campaign ending on November 14, Danganan is calling on the community for support in building Republika SF.

“It’s really important that we hit this goal, because if we’re going to build a Filipino Cultural District, our community also has to invest in making this happen.”