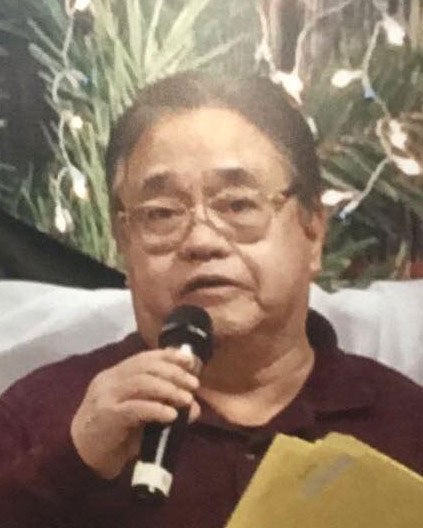 LAS VEGAS — A 67-year-old Filipino doctor was killed while his wife was in critical condition as a result of a multiple-car crash caused by a suspected drunk driver in Las Vegas on October 27.

Identified as the fatality was Dr. Marcial Escobia, who practiced medicine in the Philippines and was working as a registered ICU nurse in Las Vegas.

He and his wife, Nimfa, 65, were together in their 2013 Nissan Pathfinder when the crash occurred, according to a report by the Las Vegas Review Journal.  The Nissan “was forced airborne and into a roll,” according to a statement from the Metropolitan Police Department.

A separate report by Fox5 Las Vegas said the crash involved six cars and a Regional Transportation (RTC) bus. Three other drivers of two other cars and the RTC bus were taken to other hospitals after sustaining moderate and serious injuries.

The driver of the Avalon that hit the Escobias’ vehicle was identified as Kevin Raspperry, 34, who was arrested on suspicion of driving under the influence.

Raspberry is facing charges for the death of Dr. Escobia, the injury of others and four counts of reckless driving resulting in death or injury. Still hospitalized, Raspberry was ordered held on $100,000 bail. Monday.

The crash occurred at 7:54 a.m. Sunday near Tropicana Avenue and Rainbow Boulevard. Raspberry ran a red light at high speed, according to the Metropolitan Police Department.