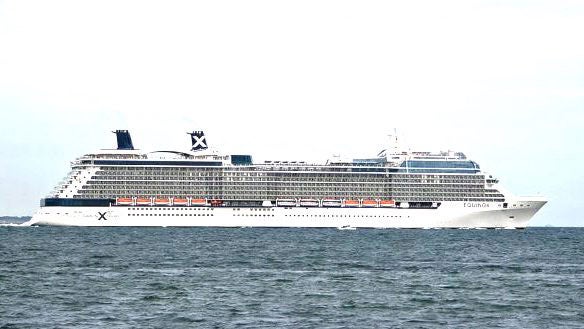 Filipino sushi chef Louie Ison Mangampat is accused of raping a co-worker aboard the the cruise ship Celebrity Equinox.

ST. THOMAS, U.S. Virgin Islands — A Filipino crew member aboard the cruise ship Celebrity Equinox was arrested for allegedly raping a workmate while the vessel was sailing for St. Thomas, US Virgin Islands.

Cruise Law News reports that Mangampat was as a sushi chef for Celebrity Cruises.

Court documents state that on September 25, Mangampat were with several co-workers were in a crew cabin at the end of their shift. He then allegedly forced a female crew member into the bathroom, locked the door and began “groping her against her active resistance” and finally raped her.

The victim, who has not been identified, managed to get out of the bathroom ran to a friend’s cabin and reported the assault to the ship’s security. She was brought to the infirmary where the doctor recorded blood and internal physical injuries she sustained.

Mangampat, who was handed over to U.S. Virgin Islands authorities in St. Thomas claimed that the sex was consensual.

The prosecutor said that the assault is of most serious and disturbing nature and that the crew member posed a danger to the community in light of his actions.