Driver who killed New Jersey Fil-Am family only gets probation

Driver who killed New Jersey Fil-Am family only gets probation 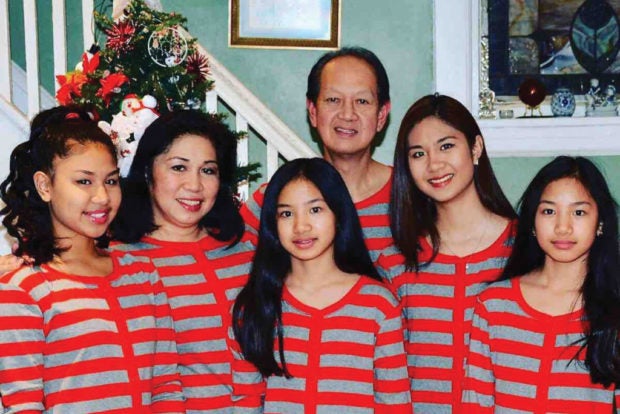 Mary Rose Ballocanag (second from left) is the only survivor in the car crash that killed her husband, Audie, and their four daughters Kaitlyn, 20; Danna, 17; and 13-year-old twins Allison and Melissa. Her family was involved in the fatal car crash in Delaware last year. INQUIRER FILE

A Maryland truck driver who drove across a median on a Delaware highway and caused a crash that killed a Filipino American man and his four daughters and injured his wife was sentenced on Friday, Nov. 1 to one year of probation.

If Alvin Hubbard III, the truck driver, does not satisfy the terms of his probation, he will face upwards of 14 years in prison, Judge Calvin L. Scott ruled.

“Today, I feel my family was killed all over again,” the widow and sole survivor of her family Mary Rose Ballocanag, told WCBS/Channel 2 News in response to the light sentencing.

In 2018 following a trip to Ocean City, Maryland for the Fourth of July, the Trinidads of New Jersey was driving north on Route 1 in Delaware to their home in Teaneck, when a Ford F-350 traveling southbound crossed over to the northbound lanes.

Hubbard, who admitted to being drowsy at the time, first struck a sedan, injuring the driver. Then, in a matter of seconds, Hubbard crashed into the Trinidad’s minivan, killing 61-year-old Audie Trinidad and his daughters, Kaitlyn, 20; Danna, 17; and twin sisters Allison and Melissa, 13.

Trinidad’s wife, Mary Rose, 53, sustained injuries and was the only one in her family to survive the collision. In court, she detailed her injuries, and despite undergoing eight surgeries she will never be able to work as a nurse.

“His one life will never be enough for the five people he killed,” Ballocanag said through tears in court. “My physical pain is nothing compared to the mental pain and anguish of losing my entire family.”

In court, Hubbard, who works as a welder, was also tearful. In November 2018, he was indicted on five counts of second-degree vehicular homicide, three counts of vehicular assault and charges of inattentive driving, driving across a median and disobeying traffic devices.

Originally, Hubbard pleaded not guilty, but when the state returned with lesser charges — five counts of operating a vehicle causing death, one count each for second-degree and third-degree vehicular assault — he changed to a guilty plea.