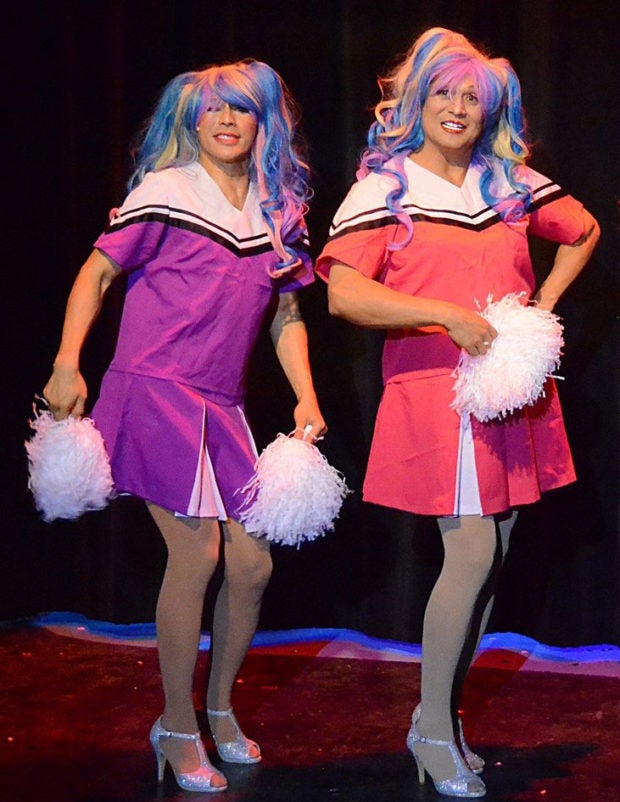 The musical is about three friends who work as drag queens on a road trip across Australia on the titular bus named Priscilla, as they search for love and acceptance.

With a book by Stephan Elliott and Allan Scott, the musical uses ’70s and ’80s disco and radio pop hits such as “It’s Raining Men,” “I Will Survive,” “Hot Stuff,” “Finally,” “Boogie Wonderland,” “Go West,” “Girls Just Wanna Have Fun,” “I Love the Nightlife,” and many more.

Coronado plays Bernadette, a transgender woman who is a seasoned drag queen, while Españo plays Adam/Felicia Jolly, the upstart drag princess. Ben Reece plays Tick/Mitzi Mitosis, whose goal of rekindling the relationship with his son serves as the impetus for the trio’s adventure.

Before joining the production, Españo had never seen the musical before although he was familiar with the movie it’s based on. He feels challenged by the role because unlike the character Adam/Felicia, “I’m very quiet and introverted. So, it’s refreshing to be able to just do crazy, unpredictable and annoying things on stage.” 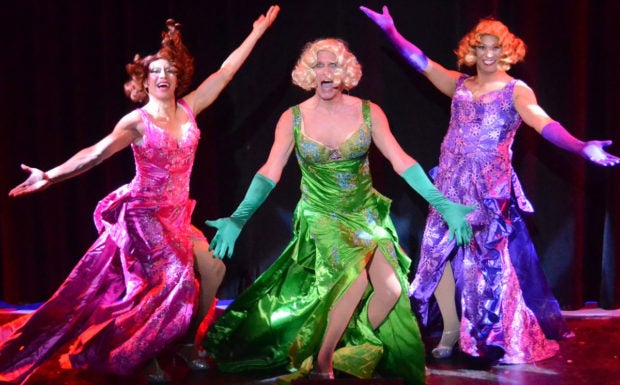 Españo’s recent credits include “50 Shades of Shakespeare” and “When Adonis Calls.”

He also wanted to be accurate with his character’s Australian accent. “When I started to create my version of Felicia, I messaged some of my Aussie friends and sent them all my lines in the show. They sent me back recordings of how they say it in their accent.”

Coronado, on the other hand, had done the show and the same role back in 2017. “It was so much fun!” he says of the experience. “When I was asked to reprise my role, my response was ‘Of course!’”

His recent credits include “Big River,” “Best Little Whorehouse in Texas” and “Hairspray” (as Edna Turnblad).

“This is my first time ever returning to a show and playing the same character. I thought I would have a real advantage, but the truth is, with a new director, a new choreographer, a new set designer, and new cast, I had to really forget everything I did two years ago and start anew.  I’m glad I did.  This production has its very own identity and I love it very much.”

Coronado shares that the show is a “Journey to the Heart of Fabulous!” and “there is something in this show for everyone.  The laughter throughout the show and the standing ovations at the end says it all.”

Españo says, “We get a lot of laughs in a lot of the funny scenes but we also hear a lot of sniffles during the touching scenes. I think the scene when the three leads discover their bus vandalized with a gay slur really sends out the message of what gay people face every day around the world and the need for tolerance. That’s one of my favorite scenes, when we sing “True Colors.”

“Audiences have been really generous. A lot of them dance every night. It’s like coming to a party. The energy they give makes the cast work harder on stage. We get standing ovations.”