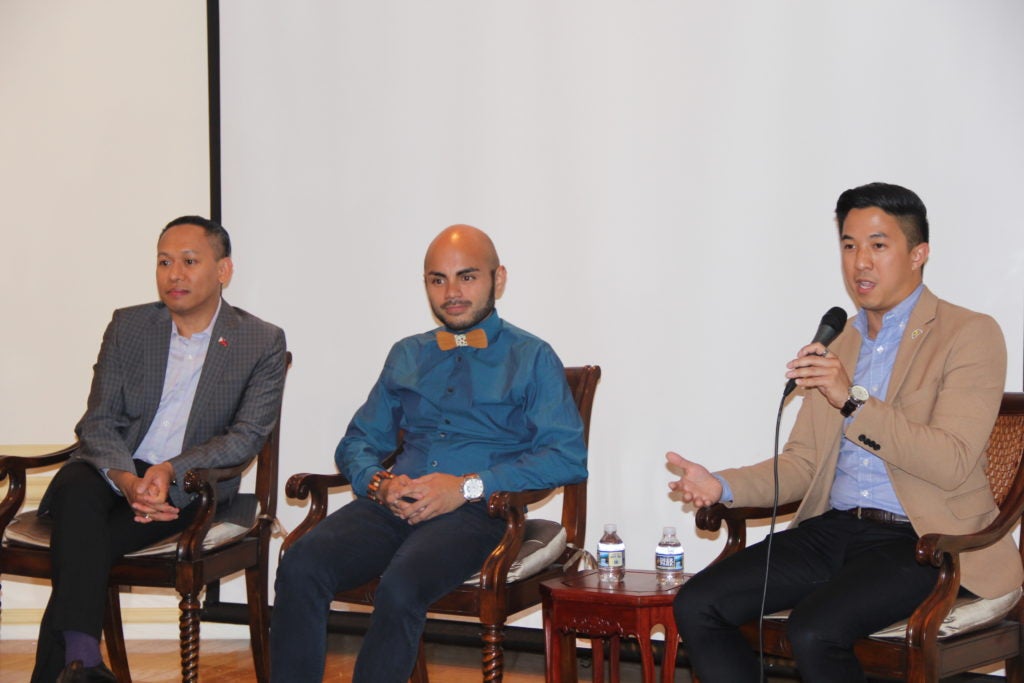 WASHINGTON, DC — A town hall meeting discussed the Filipino Young Leaders Program (FYLPRO) June 13 at the Philippine Embassy here as part of the effort to promote the immersion program among Filipino American youth.

“The immersion program gives the delegates the opportunity to re-connect with their Filipino roots, and build mutually beneficial relationships with Philippine entities,” said Minister Patrick A. Chuasoto, Chargé d’Affaires ad interim of the Embassy. “It exposes them to conditions in the Philippines, particularly in the fields of business, government, arts and culture, and social entrepreneurship.” 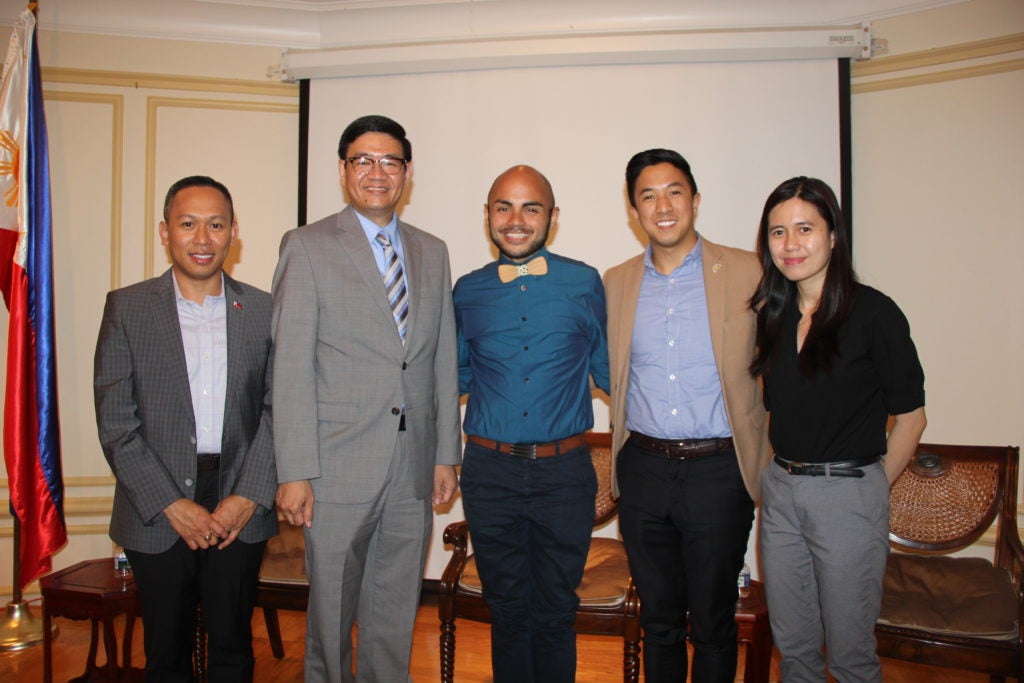 The three speakers shared their FYLPRO stories, underscoring the value that the program has contributed to their personal and professional development.

Tolentino’s presentation focused on the highlights of the last immersion program and his legacy project that aims to create opportunities for Filipinos in the performing arts.

Cendaña, whose FYLPRO experience in 2012 marks the first time he traveled to the Philippines, said that the immersion program provided an impetus for him and his family to return and witness the developments in their country of heritage.

Tengco, meanwhile, described the immersion program as an “inspiring opportunity to re-connect with the homeland.”

During the Q&A, the speakers fielded questions on Filipino-American empowerment, political engagement, and FYLPRO legacy projects.

To learn more, visit http://www.fylpro.org/apply/. The deadline for the submission of applications is on 07 July 2017. ###