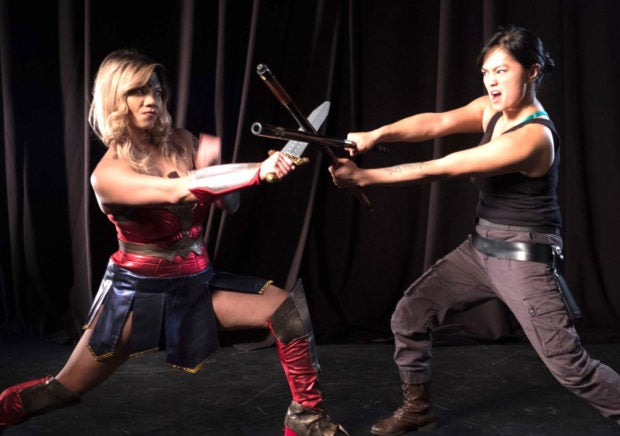 Bindlestiff Studio aims to be the epicenter of Filipino American performing arts in the Bay Area. CONTRIBUTED

To be held at SOMArts Cultural Center, the gala’s entertainment will be headlined by comic Kevin Camia and indie-rock band Julie Plug (singer Des de Leon and guitarist Terry Nicolas).

Camia has been a Bindlestiff member since 1997 and has toured the country opening for comedian Ali Wong. Camia has headlined sold-out shows at Just For Laughs Toronto and has performed at RiotLA and SF Sketchfest, among others.

Julie Plug has influences that range from the Cocteau Twins to electronic music. Last year, band commemorated the 20th anniversary release of their debut album, Starmaker.

Evasco was previously Bindlestiff Studio’s Board President and Development Director. Credits include co-creating “The Bakla Show,” acting in “Mommy Queerest,” and directing “Prieto,” a show written and performed by Yosimar Reyes in collaboration with Pulitzer Prize winner Jose Antonio Vargas.

Bindlestiff Studio was founded in 1989 by Chrystene Ells, Chris Brophy and a group of local theater artists as a space for experimental theater.

The name Bindlestiff combines the old slang word “bindle,” for bundle or a drug addict’s paraphernalia; and the Depression-era term for itinerant laborers or working “stiffs,” also known as tramps and hobos. 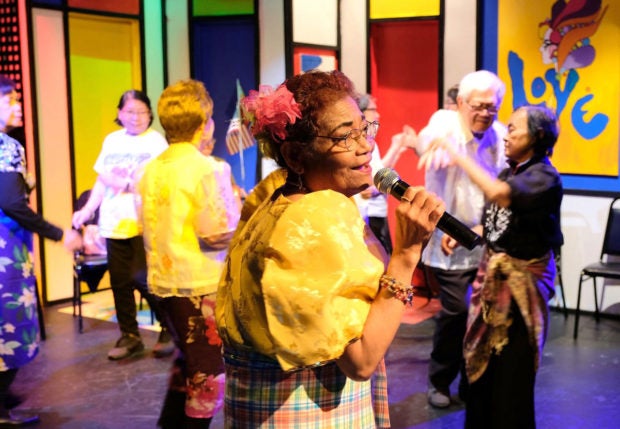 In the mid-1990s, Fil-Am standup comic and theater artist Allan Manalo came across the space when he was scouting for a performance venue for his Fil-Am sketch comedy group tongue in A mood (of which Camia was a member).

He had gone to watch Lorna Chui’s one-person show there and “fell in love with the space.”

(When she was younger, Chui had been one of the Fil-Am children who Ells had trained at the studio. Chui eventually became artistic director of Bindlestiff Studio in the mid-2010s—by then, using her married surname Velasco.)

Manalo’s group began performing at the space and reaped box office success. Management was eventually turned over to him and his spouse Joyce. They reconfigured the venue’s programming and molded it into the “cultural epicenter for Filipino American performing arts in the Bay Area.”

“Bindlestiff is where I found my creative home,” says current artistic director Aureen Almario. She succeeded Velasco and has been involved with the organization since the early 2000s.

“Where else can you experience performances centered on People of Color perspectives of geek culture, Pinoy punk, plays in Tagalog, shadow puppetry about a domestic worker, rowdy Asian American women sketch comedy, complex queer stories, and more, all in one space?”

Bindlestiff currently uses a 99-seat black-box theater that was opened in 2011, located in the basement of a building constructed in the original studio’s location.

Even with the knowledge that several celebrities have graced Bindlestiff Studio earlier in their careers—such as Fil-Am actor Nico Santos (Superstore, Crazy Rich Asians) and comedian Ali Wong (Baby Cobra, Always Be My Maybe) —the organization’s focus remains on its local community and the Filipino Americans in the broader Bay Area.

“That’s why TODCO has put forward a $3,000 matching donation in celebration of Bindlestiff’s 30th anniversary to encourage Bindlestiff patrons and San Francisco constituents to support this anchor institution in SOMA.”

In addition to live entertainment, gala attendees will enjoy a menu that has been selected by Thuy Tran, cofounder of food organization Rooted Recipes Project and a member of Granny Cart Gangstas, an all-Asian-American-women comedy troupe.

Donate and avail of tickets to “Welcome Home” at Bindlestiffstudio.org.