E-cigarette leader Juul shipped around one million mint-flavored pods that were “contaminated,” and then failed to inform customers or issue a recall once it realized the problem, according to a lawsuit filed by a former executive.

It comes as the vaping industry is facing tough scrutiny amid a mysterious epidemic of lung conditions linked to e-cigarette use that has killed 34 people and sickened around 1,500 in recent months.

Today we're implementing a series of new measures that build upon our existing efforts to reduce underage use of vapor products: https://t.co/PTSf9b6t2o

In the lawsuit filed in a federal court in California on Tuesday, ex-senior vice president for finance Siddharth Breja’s legal team wrote he was sacked for “whistleblowing” by objecting to the contaminated pods’ shipment and other unsafe conduct like selling expired or near expired products.

The claims were termed “baseless” by the company, which told AFP that Breja was terminated “because he failed to demonstrate the leadership qualities needed in his role.”

But Breja’s suit claimed that the company had a culture of disregarding health and safety concerns, and was led in a “dictatorial manner” by its ex CEO Kevin Burns who stepped down last month.

Breja said he had brought up concerns over a lack of expiration date labeling to Burns, who in an expletive-laden reply said half the firm’s customers were “drunk and vaping like mofos” and would not even notice the quality of its pods.

The suit added that in March of this year, Breja learned that approximately 250,000 “Mint Refill Kits,” or the equivalent of one million pods, had been contaminated, though the nature of the contamination was not specified. 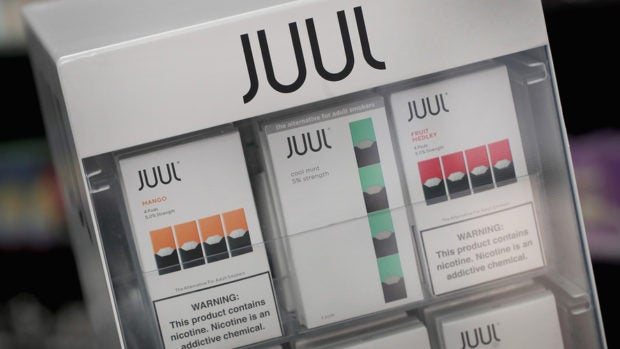 Overriding his concerns, Juul refused to issue a product recall or issue a public health and safety notice — despite the fact that Breja was asked to recover approximately $7,000,000 from the supplier of the eLiquid as a refund.

In a statement to AFP, Juul said: “The allegations concerning safety issues with Juul products are equally meritless, and we already investigated the underlying manufacturing issue and determined the product met all applicable specifications.”

“If the product met ‘all applicable specifications,’ then why did Juul destroy the remainder of the unshipped lot and instruct Mr. Breja to obtain a multi-million-dollar refund from its supplier?” she said.