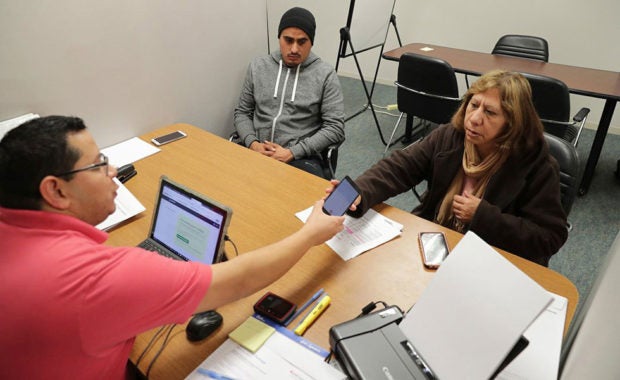 SAN FRANCISCO — Immigrant rights advocates encouraged families to stay enrolled in their benefits and continue seeking the services they need after five different courts blocked the Trump administration’s attempts to deny green cards to immigrants who have availed of public benefits.

Trump’s public charge rule denying green cards to immigrants who have used public social benefits was initially contained in a DHS memo in 2017 but not published until October 2018. A public commentary period that followed drew around 260,000 comments in 60 days, overwhelmingly opposed to the new measure.

Several lawsuits were filed against the rule which was supposed to go into effect October 15, but five federal courts issued injunctions halting the implementation while the lawsuits move through the court.

ILRC Deputy Director Sally Kinoshita, ILRC lamented that the unrelenting threats by the current administration have caused many immigrants to fear that receiving benefits could affect their legal status.

Children’s Partnership President Mayra Alvarez Alvarez reported that fear and confusion caused by speculations and anti-immigrant rhetoric were already causing many immigrants to skip enrolling their children in health and school benefits.

“Many families are living in fear, confused what policies have or have not changed, and are reacting in response. Worried families are made to choose between keeping their families together or taking their child to the doctor,” Alvarez rued. “It is critical that families know their rights and there are many organizations that can help them they can get health and legal advice.”

According to a new Kaiser Family Foundation survey released recently that Alvarez quoted, nearly half of the community health centers’ patients declined to enroll themselves in Medicaid in the past year; and nearly a third of the centers say their patients dropped or decided not to renew their coverage.

Center for Law and Social Policy senior policy analyst and attorney Madison Allen expressed optimism that after a nationwide injunction from courts in New York, Washington and Maryland aside from the injunctions issued by five different federal courts, the new public charge may never take effect.

“The fact that five different courts issued a preliminary injunction is a good sign but not a guarantee. But as long as long as anyone of the three nationwide injunctions are in place, changes cannot move forward,” assured Allen.