Gonzales, who was arrested at the auto dealership where he worked, was booked into the Hunt County jail on a charge of capital murder of multiple persons.
Bond was set at $1 million.

2️⃣ chances left for your child to be the @Academy kickoff kid at an @aggiefootball home game this fall.

The shooting happened around midnight Saturday outside Greenville, 15 miles (24 kilometers) southwest of a satellite campus of the Texas A&M University System.

Authorities believe the shooter may have been targeting just one person at the party of about 750 people, and that others may have been shot at random, Meeks has said.

Kevin Berry Jr. of Dallas and Byron Craven Jr. of Arlington, both 23, were killed, authorities said. 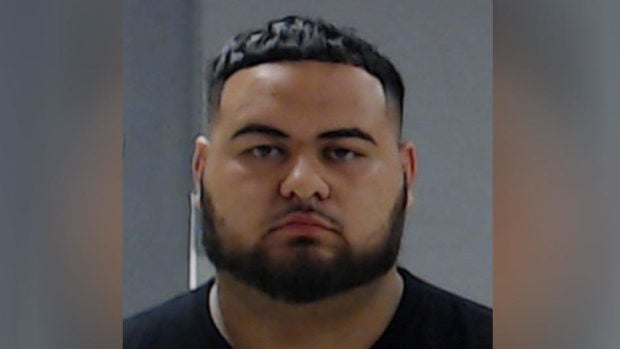 The shooting took place at a Halloween and homecoming party for Texas A&M University-Commerce at a facility called The Party Venue, according to Meeks, though officials said it was not a school-sanctioned event.

Authorities believe the shooter entered the venue, which sits along a highway in a rural area some 2.5 miles (4 kilometers) from the Greenville city limits, through the back door and began firing with a handgun, Meeks said.

It was “complete chaos” after the shots rang out, with hundreds of people including the gunman fleeing, the sheriff said.

Of the 12 people injured, six were shot and six were trampled or hurt by the glass, authorities said.
Five remained in the hospital — one in critical condition and four in good condition — on Monday, Meeks said. 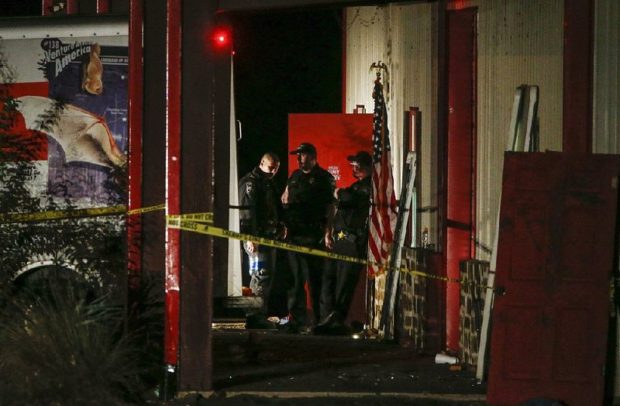 After a vigil for Berry on Sunday night at a Dallas park, at least one person opened fire.
Dallas police said no one was injured but several vehicles were reported damaged.

Texas A&M University-Commerce had planned to hold a community gathering Monday afternoon featuring student and faith-based leaders along with counselors.
But the school later said that based on conversations with students, the decision was made to postpone the gathering.
University officials did not elaborate.

Tens of Thousands Evacuated as Wildfires Rage in California