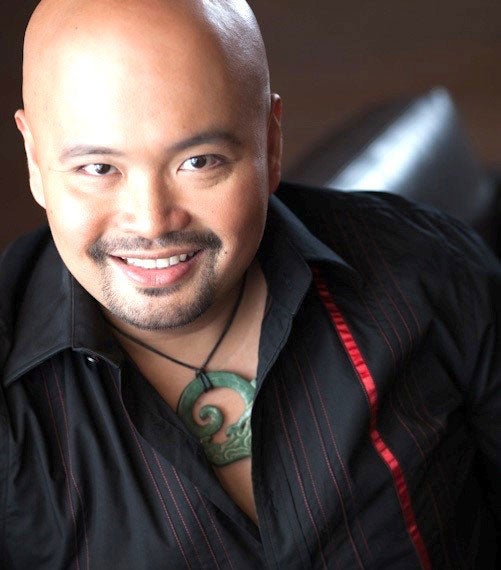 With music by Italian composer Giacomo Puccini, this opera is about Japanese woman Cio-Cio-San’s exploitation, betrayal and abandonment by American Navy lieutenant B.F. Pinkerton. The production will be performed in Italian with English captions.

Born in the Philippines, Reyes moved to the U.S. when he was 14 years old. He was goofing off in a practice room in high school when the choir director asked if he could do scales.

“I said no because I didn’t know what that was,” says Reyes. “He then asked me to sing ‘Happy Birthday’ four times in ascending keys. I guess I hit the right notes.”

He eventually entered the music program at Shoreline College and has since performed with various companies in and around Seattle.

“I started as a chorister with Seattle Opera,” he says. The move was both for practical and artistic reasons. He was unable to afford enrolling in a music conservatory program at the time but, instead, came to learn on the job from professionals.

It has paid off. “I am now in a hybrid position doing comprimario (opera term for support roles) and feature roles.”

“I recently did a few comprimario roles with Seattle Opera Tacoma Opera and Skagit Opera in productions like ‘Orphee aus Enfers,’ ‘La Fille du Regiment,’ and ‘Carmen,’ among others.

“I also did a fun concert with the Seattle Symphony singing as Draco from the ‘Final Fantasy Suite’ by Nobuo Oematsu.” He has also sung the role of Bobby in Stephen Sondheim’s musical “Company.”

What’s in a name

As for his name, yes, Reyes is indeed named after the German philosopher.

His father had been a staunch follower of Marx’s theories when Reyes was born and so he was named after the author of the pamphlets his father had read. (Ironically enough, Reyes’ father later changed ideologies and named his little brother after Jose Rizal.)

In the beginning of his career, Reyes did not start out using his full name for his stage name. But he started doing so after the elder passed away, partly in honor of his father’s memory.

Reyes will also be singing kundiman songs (torch songs) at the “East & West: A Special Evening of Song” concert on Oct. 29 at the Portland Art Museum’s Whitsell Auditorium.

The free admission concert is organized by Portland Opera and features members of the “Madama Butterfly” cast with guest artists. Song selections will explore the influence and musical cross-pollination between the East and the West.

“I was asked to provide two songs, so I offered to sing kundiman songs ‘Matud Nila’ by Ben Zubiri and ‘Bayan Ko’ by Constanzio de Guzman.”