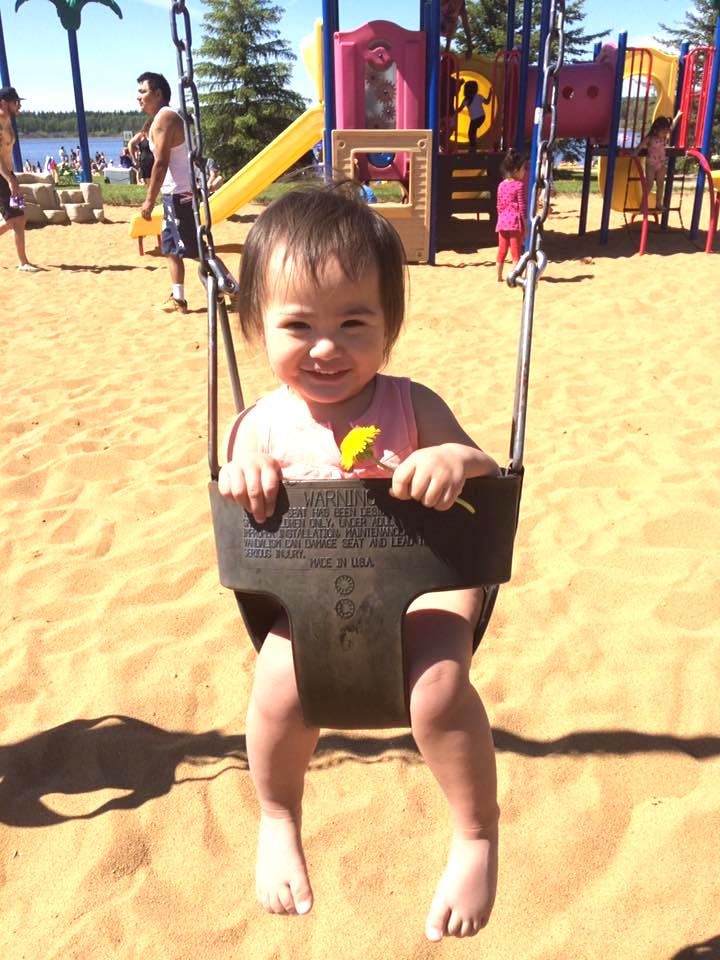 RED DEER, Alberta – Her victory was not just for her daughter’s health and wellbeing, but it was also for other children born to non-status immigrants residing in Alberta.

On May 8, Lynn (not her real name) gleefully announced on Facebook the arrival of her daughter’s health card from the Government of Alberta’s Health Ministry. The card ensures free health coverage for 2-year-old McKenna.

Lynn’s fight for her daughter’s healthcare right was the centerpiece of a campaign that trails back in December, also dubbed “McKenna Law” which called on the province to change its policy for this specific sector.

In a letter received by advocacy group Migrante Alberta June 1, the minister stated “Under the federal Citizenship Act, children born in Canada to non-Canadian parents are citizens and are legally entitled to be and remain in Canada.”

Hoffman said the children are entitled to the benefits under the Alberta Health Coverage Insurance Plan (AHCIP) if they are Alberta residents. Her department has a designated a toll free line for parents of these children.

Parents who are non-status immigrants however have to pay out-of-pocket to get health service.

“Individuals without health insurance are not denied emergency medical care in Alberta; however, they must pay for the health services provided. If they have private insurance, they are responsible for seeking reimbursement from their insurers,” Hoffman said.

Member of the Legislative Assembly (MLA) for Edmonton-Ellerslie Rod Loyola, staunch migrant rights advocate, collaborated with Migrante Alberta in May to help some 20 families obtain health insurance for their children.

“In a meeting with this organization at my office a couple of months ago, I personally connected with about 20 such families and children who were sick and needed prompt access to health services. Due to their parents’ non-status, there was much confusion from the parents and those within the health care system and the appropriate coverage for the children under the AHCIP,” Loyola said in an email to INQUIRER.net on June 9.

Loyola also pointed out that fear has been a huge barrier for non-status parents to access the service for their children. “The biggest barrier is addressing the parents’ fear with making their lack of status known,” he said.

The Minister of Health has appointed an officer who is available to these parents, assuring that their identities remain private and confidential.

Filipina mother Lynn wondered where the gap in implementation was between the provincial government and its health service providers.

“How come there is a gap between the Ministry of Health and the Alberta Health Services? AHS still not complying with this policy,” she said.

This sentiment was shared by Migrante Alberta chair Dhon Mojica. “We are wondering where the breakdown of communication between the government agencies was,” said Mojica.

The group noted that while the changes were made effective January 2016, the province’s main health delivery arm Alberta Health Services (AHS) appeared to be unaware.

The group has asked AHS to pay back non-status parents who had paid for health services for their children.

MORE STORIES
Rich Americans got richer despite pandemic
States with most people in Covid-linked financial hardship
Gulfstream Corp. delivers new aircraft that PH bought
Don't miss out on the latest news and information.