Lakers’ Kyle Kuzma Ruled out for the NBA Season Opener

The Los Angeles Lakers say Kyle Kuzma won’t play when they open the NBA season against the Los Angeles Clippers on Tuesday as he continues to recover from a stress reaction in his left foot.

Kuzma, who averaged 18.7 points and 5.5 rebounds per game last season for the Lakers, was hurt while he was with the United States team in the run-up to the World Championships in China.

That boy got game https://t.co/IJAkcUSP0N

He was cleared for non-contact practices after the Lakers returned from playing two NBA preseason games in China last week.

Lakers coach Frank Vogel said he wants to see Kuzma do more work before he takes the court in games to be sure he has no setbacks. 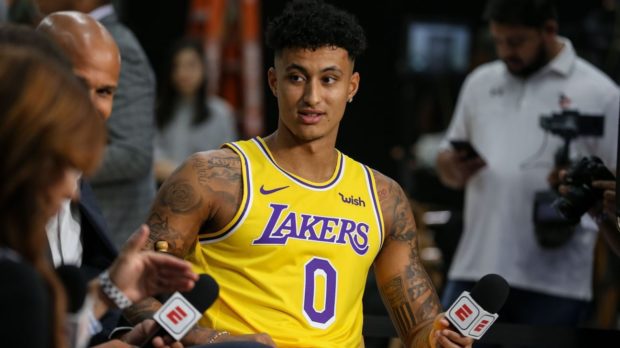 A stress reaction is a painful condition that is a precursor to a stress fracture.

“We’re going to try to increase his workload and activities this week and we’ll see where we’re at,” said Vogel, who described the 24-year-old third-year forward as “probably our third-best player” behind superstar LeBron James and center Anthony Davis.