Pixel 4: Google in a Smartphone Push with Motion-Sensor

Google on Tuesday unveiled its newest Pixel handsets, aiming to boost its smartphone market share with features including gesture recognition that lets users simply wave their hands to get things done.

Pixel 4 models made their public debut at a “Made by Google” event as the internet titan updated its hardware lineup ahead of the year-end shopping season.

For help at home, at work, and on the go. Meet this year's #madebygoogle family. pic.twitter.com/0p1Ghzosca

Google said Pixel 4 has a starting price of $799 in the United States for the model with a 5.7-inch display and will be available starting October 24.
A larger 6.3-inch Pixel XL will start at $899.

The new devices aim to ramp up Google’s challenge in the premium smartphone segment dominated by Samsung and Apple, which recently unveiled an iPhone 11 starting at $699.

While Pixel smartphones have struggled for traction in the smartphone market, they provide an opportunity to showcase the Android operating system ‘s capabilities and the Google Assistant, powered by artificial intelligence.

Motion-sensing technology that Google has been working on for some time is built into Pixel 4 and will allow for some basic controls, such as silencing alarms or skipping to the next song, by holding up or waving hands. 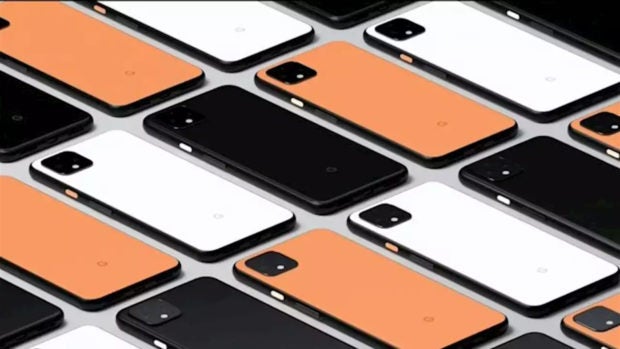 The handsets also include a “face unlock” feature similar to those on iPhones and other devices.

Google’s hardware push comes with the company facing heightened scrutiny over its dominant position in internet search and digital advertising.

Amid antitrust reviews on both sides of the Atlantic, Google is seeking to diversify its business by adding more devices and services.

The California-based internet titan will launch its Stadia streaming game service on November 19, hoping to send console-quality play soaring into the cloud.

It will be priced at $9.99 per month and compete against Apple Arcade, which is being offered at half that price.

A common theme was making it more natural to use Google to tap into the internet and digital assistant capabilities naturally with voice or gestures at any time.

The notion of online services and machine smarts being all around and always ready to serve people instead of needing them to tap at smartphones or keyboards is referred to as “ambient computing.” 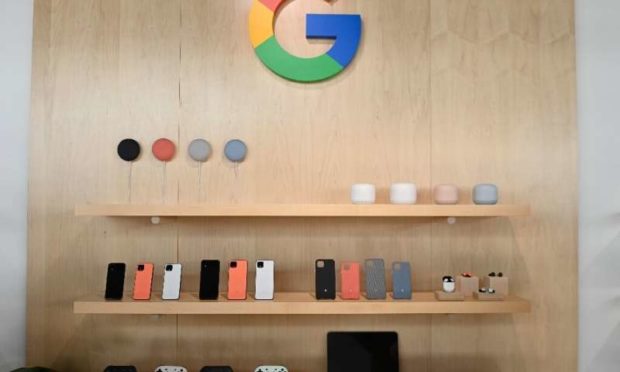 “Our vision for ambient computing is to create a single, consistent experience anywhere you go,” said Rick Osterloh, head of Google’s hardware division.

Google emphasized privacy enhancements in its line of products, with kept more personal data and computing functions on devices instead of sending it to datacenters in the cloud.

“New Google Assistant can respond to day-to-day requests on-device.” Data processed on Pixel 4 handsets is “never saved or shared with other Google services,” she added.

The smartphones still need to reach into the cloud for requests such as checking whether flights are delayed or commute traffic troubled.

Pixel 4 users will be able to tell their devices to delete anything said to it that day or week, according to Ellis.

A chip in the handset is also designed as a secure digital vault for personal data.

“More and more of Google’s story today is about on-device AI capabilities… it opens lots of possibilities for faster performance and better privacy,” Technalysis Research chief analyst Bob O’Donnell said in a tweet.

Google also said it is ramping up investments in renewable energy, aiming to offset all the power required to make its hardware with green power.