Why China will declare war if PH drills for oil

Why China will declare war if PH drills for oil 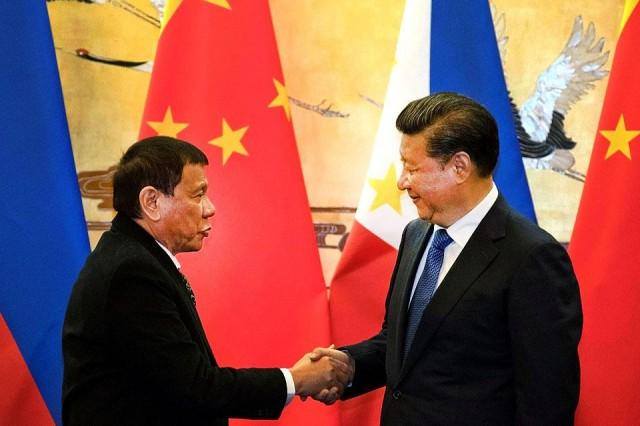 On May 19, 2017, President Rodrigo Duterte disclosed at a press conference in Manila that he met with Chinese President Xi Jinping during the “One Belt, One Road” summit in Beijing on May 15 and told Xi of his country’s intention to drill for oil in the West Philippine Sea.

“We intend to drill oil there, if it’s yours, well, that’s your view, but my view is, I can drill the oil, if there is some inside the bowels of the earth, because it is ours,” Duterte said he told Xi.

“His response to me, ‘we’re friends, we don’t want to quarrel with you, we want to maintain the presence of warm relationship, but if you force the issue, we’ll go to war,” Duterte said.

Xi’s threat was unmistakable. This was Xi’s message: “We’re friends as long as you accept the fact that the South China Sea is ours, all of it including the portion you call the West Philippine Sea. As long as you accept this, we will provide you with generous loans to fund your infrastructure projects. But if you drill for oil there, we will declare war on you.” 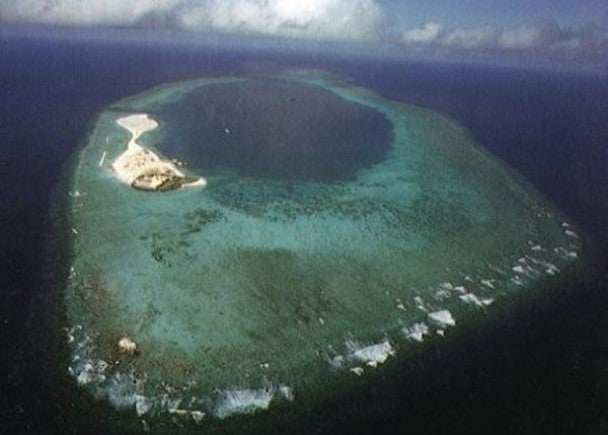 The Reed or Recto Bank in the West Philippine Sea.

Why did Duterte disclose Xi’s threat when he had been extolling the leadership of Xi and had been moving the Philippines away from the United States towards his embrace of China?

Why did Xi risk alienating his closest ally in Southeast Asia by openly threatening him with war if he asserted sovereignty over his country’s territorial waters?

Xi may recall that when Duterte visited China on a state visit in October 2016, he announced his military and economic “separation” from the U.S. “America has lost now. I’ve realigned myself in your ideological flow. And maybe I will also go to Russia to talk to Putin and tell him that there are three of us against the world: China, Philippines and Russia. It’s the only way.”

Just three weeks before on April 29, 2017, at the opening of the Summit of the Association of Southeast Asian Nations (ASEAN) in Manila, Duterte told reporters that the there was “no point” for ASEAN to protest Chinese artificial island building in disputed areas of the South China Sea because ASEAN was “helpless” to stop China.

“It cannot be an issue anymore. It’s already there. What would be the purpose also of discussing it if you cannot do anything,” Duterte said referring to China’s transformation of reefs and shoals in areas of the sea claimed by the Philippines and other nations into artificial islands, and installing military facilities there. 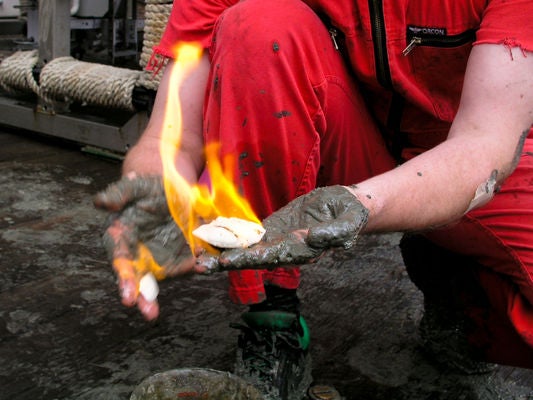 The United States and other nations have criticized China’s militarization of the waterway where $5 trillion in annual trade passes as a serious threat to freedom of navigation.

China’s Foreign Ministry spokeswoman Hua Chunying did not dispute the essence of the Xi-Duterte conversation but described it merely as part of their agreement to “strengthen communication” on important bilateral issues.

“The context was not threatening each other, that we will go to war. The context is how do we stabilize the region and how do we prevent conflict,” Cayetano added.

What the Chinese and Philippine foreign ministries will not answer is the question WHY.

The answer can be found in a news article that appeared on May 18, 2017 entitled “China successfully mines flammable ice from the South Sea.”

“In a first for the country, engineers extracted the gas from the so-called “flammable ice” – methane hydrate, where the gas is trapped in ice crystals – and converted it to natural gas in a single, continuous operation on a floating production platform.

After nearly two decades of research and exploration, China has successfully mined so-called “flammable ice” in what authorities qualify as a major breakthrough that may lead to a global energy revolution. 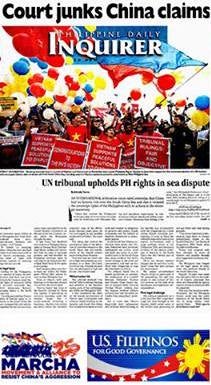 The element, a kind of natural gas hydrate, was discovered in the area in 2007, but this is the first time the country is able to successfully extract combustible ice from the seabed, in a single, continuous operation on a floating production platform in the Shenhu area of the South China Sea, about 300km southeast of Hong Kong, state-run Xinhua news agency reports.”

Methane hydrate global sources are estimated to exceed the combined energy content of all other fossil fuels.”

The commercial production of methane hydrate would reduce China’s dependence on energy imports, which accounts for nearly 60% of its crude oil needs, making it the world’s No. 2 importer by volume, after the U.S.

Methane hydrate will also aid China’s efforts to shift to natural gas from coal, which accounts for nearly 70% of its primary-energy consumption, which has caused harmful pollution to China’s cities.

China’s discovery of methane hydrates off the coasts of Vietnam and the Philippines is what has prompted China to aggressively pursue the occupation of Philippine and Vietnamese shoals and their conversion to artificial islands in order to safely conduct its exploration and production of methane hydrate.

This explains China’s placement of an oil rig platform off the coast of Vietnam which triggered international showdowns with Vietnam.

The Recto Bank (Reed Bank) area located only 50 miles west of the Philippine island of Palawan is considered a methane hydrate honey pot. The Philippines estimates that the Sampaguita Field within Recto Bank may also hold large deposits of natural gas equivalents in the form of methane hydrates.

The oil found in the Malampaya oil field off the Palawan coast already accounts for 40% of the energy needs of Luzon. The methane hydrates in Recto Bank will make the Philippines not only energy self-sufficient but can generate revenue from its export.

This is why Pres. Benigno Aquino Jr. warned China in his State of the Nation Address (SONA) in July 2011 that “if you set foot in Recto Bank, it will be as if you set foot on Recto Avenue. What’s ours is ours.”

The UNCLOS tribunal at the Permanent Court of Arbitration in The Hague, Netherlands, ruled unanimously in July 2016 that China’s expansive claim over the entire South China Sea was invalid but China has rejected the UN ruling.

Filipinos in New York plan to rally in front of the United Nations on June 12 at noon to denounce China’s threat of war against the Philippines. 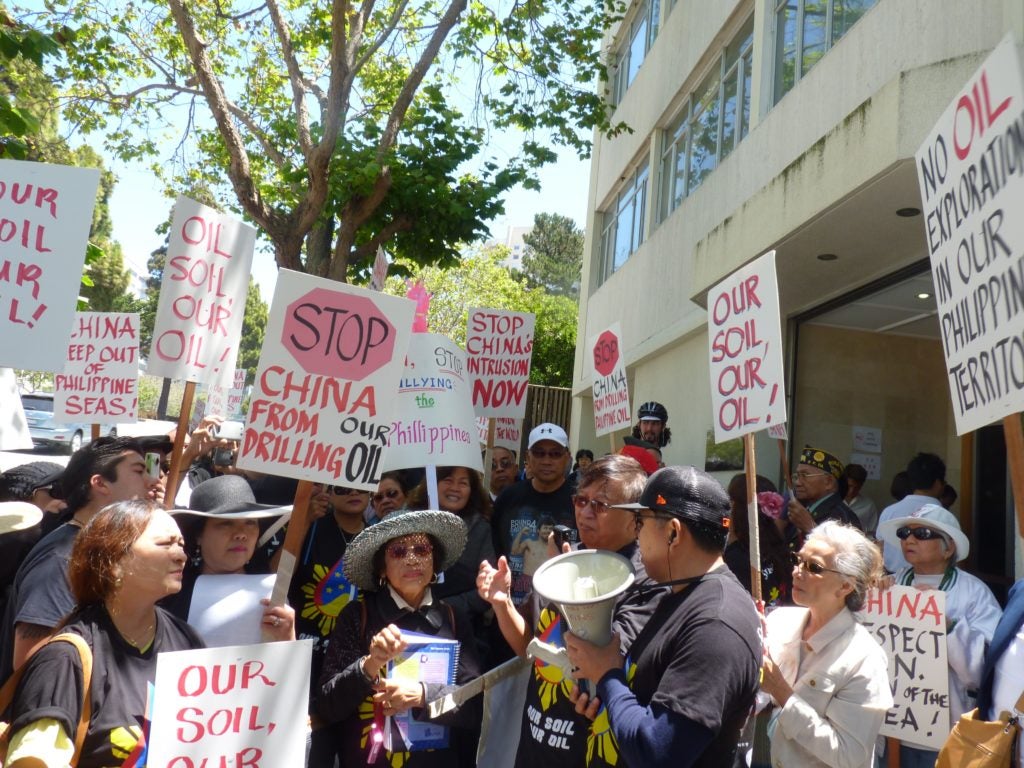 Independence Day protest rallies have been scheduled in front of the Philippine Embassy in Washington DC and in Philippine Consulates throughout the US simultaneously at noon on June 12.