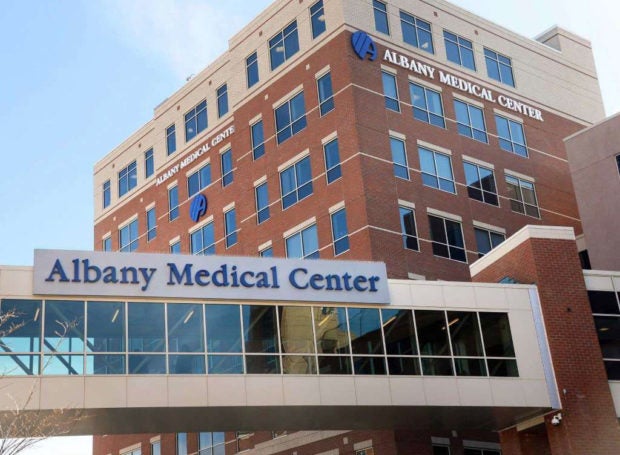 The New York State Nurses Association is suing Albany Medical Center for allegedly forcing Filipino nurses recruited from the Philippines to pay $20,000 if they leave before the end of their contract. TWITTER

The nurses’ union argues that the hospital is violating federal human trafficking law by requiring that nurses recruited from the Philippines to pay the hospital up to $20,000 if they leave the job within their first three years of employment.

Albany Medical Center has been recruiting nurses from the Philippines since 2002, bringing nearly 600 nurses over the years.

According to the draft of the complaint obtained by Albany Times Union, recruited Filipino nurses must sign a work contract with a provision obliging them to immediately repay Albany Medical up to $20,000 in “placement fees” should they resign or be fired within their first 36 months of employment.

The placement fees supposedly cover the cost of bringing them to the U.S., and include employment agency fees, attorney fees, testing applications, transportation, immigration filing fees, and more.

NYSNA contends this penalty is more than the actual recruitment costs incurred by Albany Medical Center, as well as disproportionate to what Filipino nurses are paid, which can be as low as $50,000 a year before taxes.

The contract also states that nurses’ failure to repay the recruitment costs may constitute fraud, and that Albany Medical Center may report “failure to make restitution to the Bureau of Citizenship and Immigration Services under applicable immigration fraud statutes.”

NYSNA argues that the financial demand and immigration threat are serious pressures that force nurses to keep working for Albany Medical Center.

In a similar case, a U.S. District Judge Nina Gershon earlier this month ruled that a nursing home company with facilities in New York City violated the forced labor clause of the Trafficking Victims Protection Act by requiring nurses who stopped working for the company to pay $25,000.

Albany Medical CEO-designate Dennis McKenna slammed the lawsuit as groundless and a negotiation-season tactic, as the hospital and the union have been negotiating a first-ever employment agreement for the hospital’s 2,200 nurses. McKenna claims that in the long course of their negotiations NYSNA never expressed concern over the Filipino nurses, except just now.

NYSNA claims the nurses are legally defenseless against the penalty because they signed a “confession of judgment,” a type of contract in which the signing party waives their legal rights in the event of a dispute. Such contracts are controversial, and were effectively outlawed this year in New York’s small business financing sector, according to the Albany Times Union report.

NYSNA said the allegations of forced labor were brought to the attention of the state Department of Labor, which turned the case over to the state attorney general’s office.