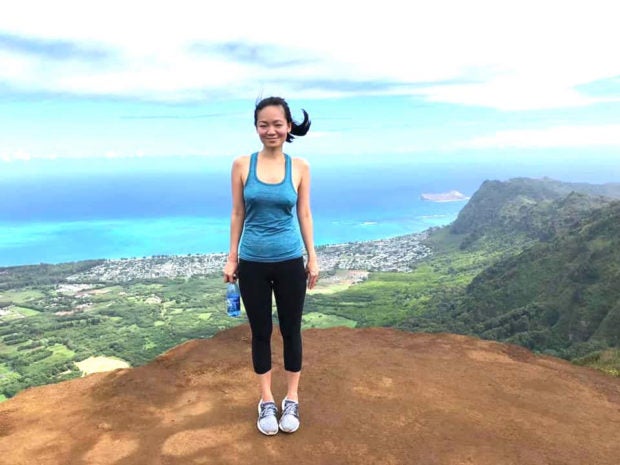 Sheila Lim, who fell off a steep incline while hiking in Hawaii, was rescued the morning after she got lost. FACEBOOK

HONOLULU — A Filipina hiker who was visiting from the Philippines was rescued by search volunteers Sunday morning after she got lost and had to spend the night on a mountain trail.

Sheila Lim, 48, got lost on Kuliouou Ridge Trail on Saturday but was found safe with some cuts and bruises by other hikers at around 11:30 a.m. on Sunday morning.

Lim’s family said they were making their way down the trail when they got split up on Saturday.

“I would always look back and she would always be there or show up after five, ten minutes,” her sister Dorothy Lim was quoted in a Hawaii News Now report. “We got to the switchbacks, but it was just the three of us waiting for her. The waiting took too long.”

Search volunteers Bill and Lisa Sandusky said they found her Lim at the bottom of a steep incline. They gave her water, food, and spikes for her shoes to help her move through the brushy and rocky terrain.

Lim said she had fallen down the incline and hit her head. Fire crews airlifted Lim to a landing zone at Kuliouou and she was taken to a hospital in serious condition.